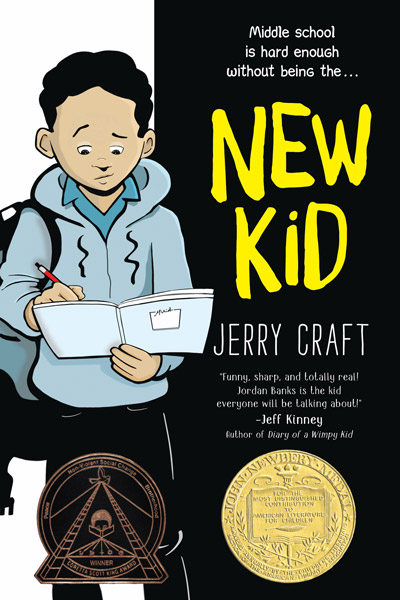 The call came at 6:42 in the morning on January 27, 2020. THE call. The call every author hopes to receive but few do. It was the call from the Newbery committee telling him he had done it. Jerry Craft had been awarded the 2020 John W. Newbery Medal for his graphic novel New Kid (Quill Tree Books, 2019).

“I have always heard that the phone calls from the awards committees come REALLY early in the morning,” shares Craft, “like even before roosters are awake, so I made sure not to shut my phone off the night before like I always do. I woke up at 6:00 AM on my own and stared at the ceiling for the next half hour. At 6:30 AM, I remember thinking it wasn’t going to happen but that it was a nice run. So I tried to go back to sleep. At 6:42 AM the phone rang! If this was an offer to lower my credit card rate, I would spend the rest of my life tracking down the responsible parties. It would have been one of the worst gags that the universe had ever played on me. But it wasn’t a joke! It was the Newbery committee informing me that New Kid had been selected as the winner. Oh, by the way, I wasn’t allowed to tell anyone for the next two hours, which was excruciatingly painful!”

He didn’t have long to ponder his win, however, because his phone rang AGAIN at 7:15 AM. “I was very confused. This time it had to be spam, right? Instead, I was told that I had also won the 2020 Coretta Scott King Author Award. In some ways, this was harder to believe than the Newbery in the sense that I had never heard any rumors or predictions about the honor.” 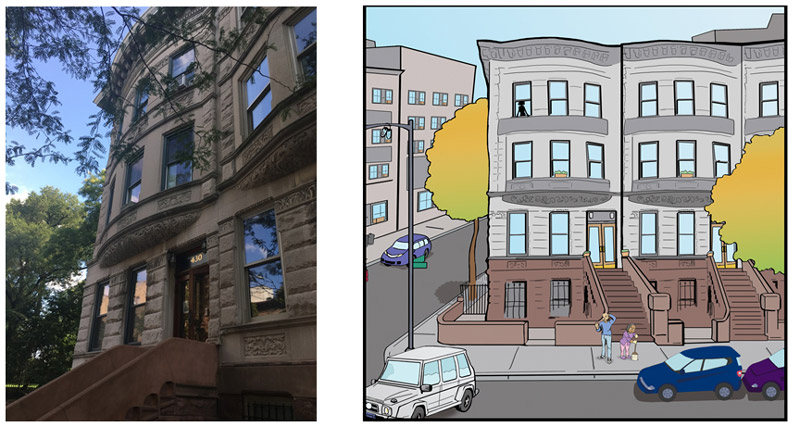 “I didn’t anticipate winning, but I had seen so many mock Newbery Awards where New Kid did very well that I thought it might possibly, kind of, maybe, have a slight chance in a slim sort of way. Especially knowing that a graphic novel had never won before. As far as creating the book, I always knew if given the opportunity to tell a story like this, that it would resonate with readers. BUT I never really thought I’d be given the opportunity because even at a young age, we’re taught that books with white characters are for everyone, while books with Black protagonists are primarily for Black readers. So with New Kid, it was very possible that I would only strike a chord with marginalized readers from an already marginalized community. Meaning a subset of African American readers who were looking for books that did not deal with slavery, civil rights, or police brutality. I had written New Kid to be universal, but I knew it would be up to readers who weren’t afraid to let themselves be a bit uncomfortable in order to open their minds and hearts to Jordan Banks and friends. And obviously, that is exactly what happened.”

“I had a bookseller tweet that a dad came in with his son, who wanted to buy a graphic novel, but his dad told him he had to get a ‘real book.’ So she told him that a graphic novel just won the Newbery. ‘Oh,’ said that dad, ‘in that case, get what you want.’”

Craft, African American himself, has experienced exactly what he feared for his book: being defined by color to fit a certain criteria or idea. “I have to say, there are so many times I have defined myself as an African American artist/author/cartoonist…because that was so much of how others defined me. It is also how I thought the industry looked at me. If they wanted a cute story about a talking bear, I don’t think I would ever be considered for the job because it wasn’t specifically a Black story. In the past, I have always been relegated to certain categories, such as independent publisher, or comic books, or comic strips, or African American, but my work has never been put up against books that are considered to be ‘mainstream.’ So I was amazed at the success of New Kid beginning in the fall when it won awards from the New England Independent Booksellers Association, the New Atlantic Independent Booksellers Association, and the Kirkus Prize. I’m a huge fan of the authors whose work I was up against, so when I won, it definitely took a minute for it to sink in.”

Childhood drawing: Fantasy Comics was one of Jerry’s first comics that he created when he was about 12

Craft has long been a fan of graphic novels. In fact, as a child he did not enjoy reading anything but comics. “Marvel Comics were all I read. I was never really taught to appreciate books, so I didn’t. And those books had NO mirrors whatsoever. The ONLY character I ever remember bonding with was Pip from Great Expectations by Charles Dickens. He wasn’t African American, but at least he was a kid. And, #SpoilerAlert, he lived until the end of the book!”

“For the teachers and librarians who have daily interactions with African American kids, I want to remind them that they are kids. Imagine what it’s like if every character that you saw in a book or a movie is a victim who has to learn to deal with misery as a normal part of life. It doesn’t only affect the expectations that you have of them, but it also affects what they will expect of themselves. Especially when those characters often don’t live to become adults.”

Though he enjoyed his comic books, his teachers were often not fans. “For the most part, the teachers I had as a kid were not supportive of reading comics. They would take them from us like they were saving our brains. I DID have one teacher in seventh grade who loved them as much as we did, and in high school, I remember my biology teacher let me do my term paper in the form of a comic book. That was cool. But overall, the response that I got from adults led me to believe that ‘real reading’ was not supposed to be fun. So it never was.”

Fortunately for many kids, those times of educators and parents shunning comics are becoming more and more distant. “I do think that things are changing. It is very surreal to me that a kid who was afraid to read comics in school out of fear that they would be confiscated, grew up to make the first comic to win a Newbery. That’s as ‘real’ as it gets! I’m starting to see more and more books that are both the ‘real version’ and the ‘why is this all my kids read?’ version. The Crossover (HMH Books for Young Readers, 2014) by Kwame Alexander comes to mind as well as several adaptions of classics. I also get so many comments from teachers who have had their reluctant readers plead with them to read New Kid so that they could have a conversation about it. Or when they tell me about kids who have never finished a book before but have read New Kid multiple times. I’ve even heard of kids who have broken down into tears because they have never seen themselves in a book before. Stories like those literally give me goosebumps. That’s the best part of my job.”

Crafting With Sensitivity and Humor

“I knew that in order to talk about serious subjects such as race and class, I had to make New Kid laugh-out-loud funny so that it wouldn’t be perceived as angry. I also wanted to be fair to everyone. No one character is always right, or always wrong. They do the best they can with how they perceive life to be. I think that kids will play with other kids regardless of the things that make them different. It’s the adults who interfere and teach them biases.

“I also wanted to make a book that adults would enjoy as well as kids. One of my favorite tweets was a woman who took a photo of her 42-year-old husband reading the book with a HUGE grin on his face. And I know that there is so much that readers still haven’t discovered, such as the Thanksgiving dinner scene with Jordan and his family that pays homage to a Norman Rockwell painting. I just wanted to emphasize the ‘American’ in ‘African American.’ We don’t often get that invite to belong. There are also characters who live only in the background.

“In the book, ‘Ghost Granpa’ was a total practical joke on my readers because there are so few books with Black characters where everyone makes it to the end of the book. It’s like a Friday the 13th movie. So I knew that having granpa appear to be a ghost would immediately tug at your heartstrings. Aw, poor Jordan. His granpa has gone to a better place but he will visit him throughout the book like a Black Obi Wan Kenobi. April Fools!”

In college, Craft chose to pursue a degree in advertising and eventually landed a job in comics. “Around 1992, I got a job working with Barbara Slate as her assistant. She had done a series for DC Comics called Angel Love. I worked on a series called Sweet 16 that was published by Marvel, as well as New Kids on the Block for Harvey Comics, and a graphic novel called Son of Yuppies From Hell (Marvel). It was a great learning experience, a lot of which I still use today. In fact, she has a book called You Can Do a Graphic Novel (Richard Minsky, 2014) that is a great learning tool for anyone interested in creating their own.” 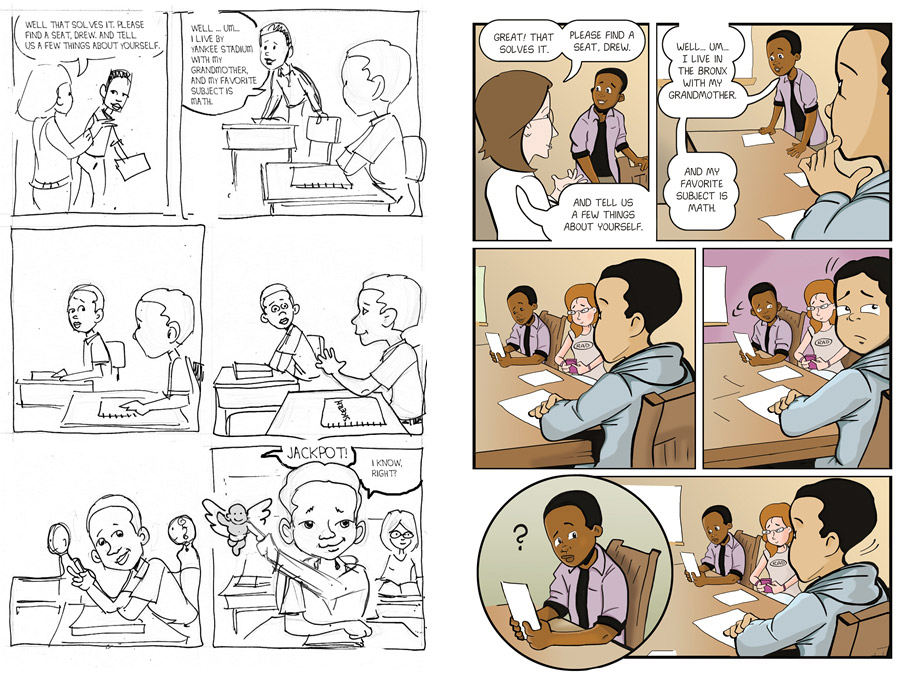 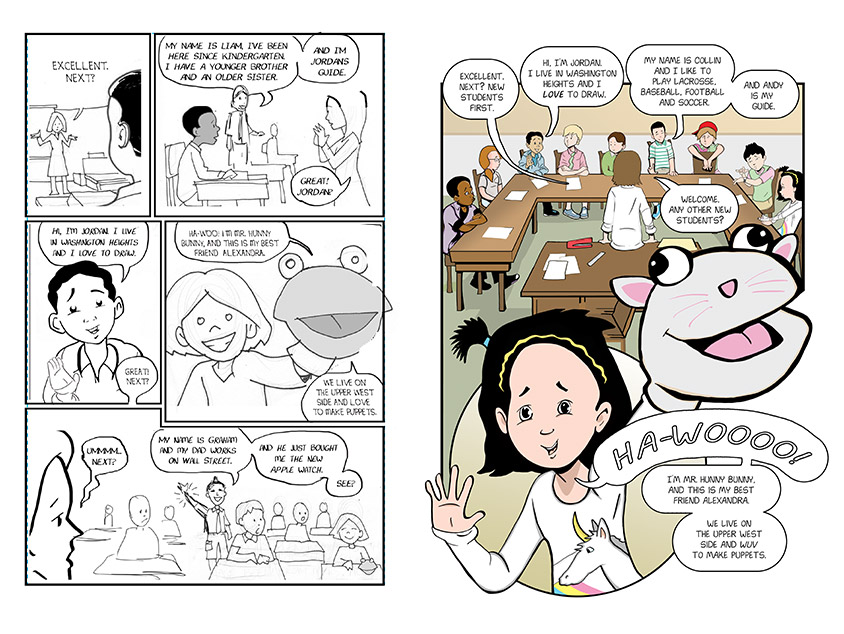 With each job, Craft continued to learn and to hone his skills as he climbed the corporate ladder. In time he made it all the way up to editorial director for Sports Illustrated for Kids. But he left it all to blaze his own trail. “My dad worked for the post office in NYC for about 40 years. It was as stable a job as you can imagine. He would have worked there for 100 years if he could have. I basically had four full-time jobs in my life, and the loyalty that companies have for their workers is a distant memory. So after I got laid off for a third time, I decided that it was time to invest in myself as opposed to continuing to give everything only to have an entire department cut so stockholders could get another 3% bonus. I left SI for Kids in 2007 and never looked back. I started my own company, Mama’s Boyz, Inc., and started to publish my own books as well as books for others. I probably helped to bring about three dozen books to life before finally getting a chance to illustrate The Zero Degree Zombie Zone for Scholastic in 2014. Three years later I signed my contract with HarperCollins.” 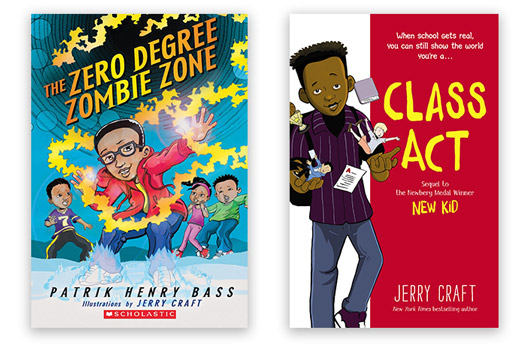 Life has certainly changed over the years for this reluctant reader turned Newbery Medalist. From only reading Marvel comics to actually creating comics to winning prestigious awards for his work to inspiring other reluctant readers, Jerry Craft has come full circle. So what is next? “Well, I definitely receive a ton of requests for school visits and interviews. And I feel more comfortable reaching out to other authors and artists who I may have been reluctant in the past because I did not feel ‘worthy.’ But as far as other projects, I haven’t had much time to think about anything else but completing Class Act, which is the sequel to New Kid. While New Kid followed Jordan Banks in his first year at Riverdale Academy Day School, Class Act will follow all the same characters, and one or two new ones, in their eighth-grade year.” 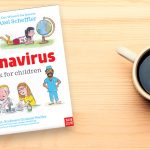 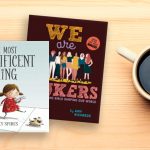