Are You STEaMing Ahead or Are You Making a Way? The Epic Battle: STEM vs. Makerspace

In any industry, one gets accustomed to the lingo, acronyms, abbreviations, and their own way of speaking.  The education system is no stranger to this.  With so many phrases to remember and understand, coupled with innovation movements, it’s easy to see how some phrases are incorrectly interchangeably used.  I’m referring to the confusing battle between STEM vs. Makerspace. Here we are to set the story straight.  Let the battle begin.

STEM is a curricular concept with a focus on Science, Technology, Engineering, and Mathematics.  STEM is meant to be a hands-on approach to introducing students to real-world problems and scenarios.  In 2001, the U.S. National Science Foundation (NSF) introduced the STEM acronym. STEM rose from the need for knowledge-intensive jobs, which were dependent on Science and Technology.  Global education reports consistently showed the U.S. trailing in these categories.  The popularity and urgency for STEM curriculum germinates from the desire to increase U.S. students’ rankings against our international counterparts.

It’s important to note that a newer movement has been sweeping through education that is altering our traditional understanding of STEM. John Maeda has been pioneering the transition from STEM into STEAM.  The addition of the “A” includes the arts.  The rationale for this paradigm shift is both design and creative thinking and is a necessary component of innovation. In curricular programs, students’ creative knowledge should be tapped into as well as allowing for innovative design and problem solving thinking to flourish.

The Maker movement originally began with the Do-It-Yourself (DIY) community.  It stems (not STEM) from a paradigm shift from consumers to makers.  Over the last decade, our society has seen the rise of small business owners who are creating things to sell. Hobbyists, enthusiasts, and even students are part of these grassroots innovations.  Reality shows like “Shark Tank” showcase many of these makers who have engineered items, devices, and concepts they feel the general public would be interested in.  The creations that come out of the Maker movement are representative of both high- and low-tech items.  The roll-over into education is known by its physical space within a school, Makerspace. Unlike many curricular initiatives the education industry has seen, the Makerspace is not another educational fad. It has been transforming students’ educational experiences and challenging them in new ways.

The Maker movement’s implementation in education enhanced what we’ve known about students, and that is students are capable of very powerful ideas.  They demonstrate resilience when presented with challenges, very deep problem-solving and critical-thinking skills in various activities, empathy, and persistence. The Maker movement has allowed teachers to focus on these areas and not just drill on facts, concepts, and repetitive learning tasks. It has truly brought out creativity.

Both STEM and Makerspaces offer students a foundation and growth in technology, engineering, and hands-on learning.  STEM has additional strong focuses on Science and Mathematics and is directly tied to curricular objectives. Makerspaces have an emphasis on creativity, engaging in authentic meaningful projects, which may not necessarily be tied into the curriculum, but are able to support extensions of classroom curriculum. STEM is generally associated with classroom instruction and can reside with science teachers. Makerspaces have been absorbed into the role of school librarians.  While there may be many overlaps between the two, STEM and Makerspace programs are two different entities.  They both have a place in our school system. Which one do you think wins?

Gunn, J. (2017). The evolution of STEM and STEAM in the U.S. Concordia University-Portland. Retrieved from: https://education.cu-portland.edu/blog/classroom-resources/evolution-of-stem-and-steam-in-the-united-states/

Makerspace STEAM STEM
Are You STEaMing Ahead or Are You Making a Way? The Epic Battle: STEM vs. Makerspace2019-01-302019-05-31https://www.mackincommunity.com/wp-content/uploads/2018/06/mackin-community-header-logo.pngMackin Communityhttps://www.mackincommunity.com/wp-content/uploads/2019/01/bg-stem-maker-makedo.jpg200px200px
About
Jennifer Calito
Jennifer has 20 years of experience as a trainer in various industries including: retail, healthcare, banking, and education. She recognized the importance that technology would have earlier in her educational journey. As such, she holds four degrees including a master’s in educational technology and a doctorate in educational leadership. She continues to participate in educational research and professional development speaking engagements. 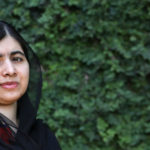 Malala Yousafzai: A Journey from Displacement to HopeAuthor Interviews 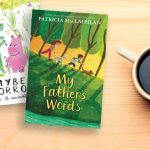