Book Review: Once Upon a Tim 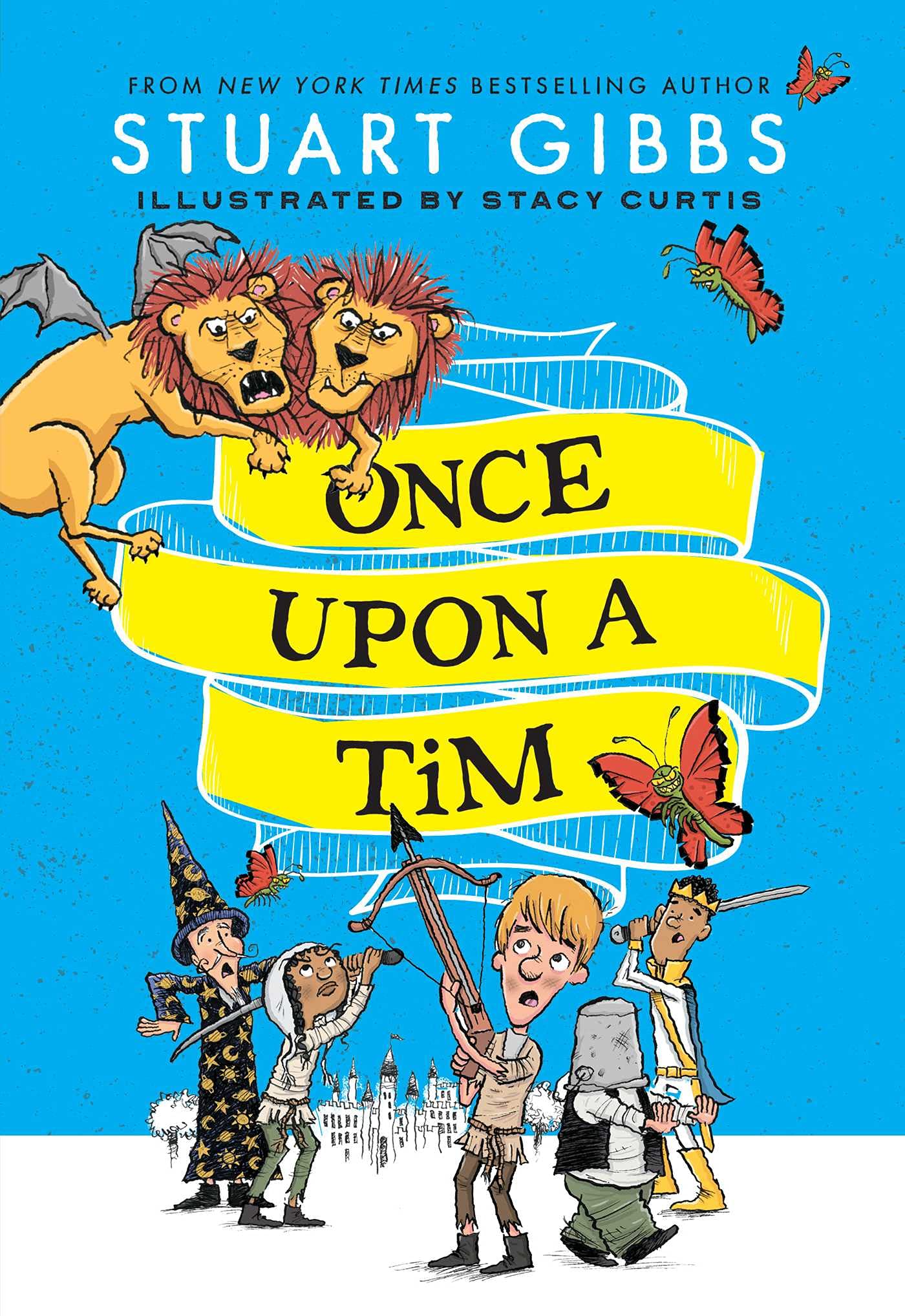 When I saw the title for the book Once Upon a Tim, it made me laugh out loud. I love a good pun, and I’m a sucker for old-time-vibe fairy tales with a modern twist, so I thought I would enjoy this book. I’m happy to report that it was everything I wanted it to be. The narrator and protagonist, Tim, is a peasant. His parents were peasants, their parents were peasants, and their parents before them. Everyone expects Tim to continue the family legacy by being a peasant himself—but he has bigger dreams. When he hears that the prince of their land is holding open auditions for knights to accompany him on a journey to rescue a princess, he sees this as his chance to change his destiny.

Tim’s best friend is named Belinda. We meet her in a scene where Tim and Belinda are chopping wood. Following along with traditional medieval gender roles, Tim lets us know that Belinda is not supposed to be chopping wood because she is a girl—and that both Tim and Belinda think this is ridiculous, because they know that girls can do more than cook and clean and care for children. Belinda ends up going to knight tryouts alongside Tim (disguised as a boy, of course), and becoming a knight with her friend. When Belinda shows that she is worse at archery than Tim is, Tim points out that this is not because he is naturally superior at archery because he is a boy. He has simply had more opportunities to do things like hunting or working the fields, while Belinda has been relegated to knitting or sweeping.

Once Upon a Tim is centered around the premise of a princess being captured by a monster, and a prince rescuing her. I did not go into it expecting to find feminist messages woven throughout the plot, and I was delighted to see Belinda not only breaking the social norms deemed acceptable for medieval girls, but encouraging positive change in the other major female character as well. In the finale of the book (spoiler alert!), the prince and his knights get to the lair of the monster where Princess Grace is being held captive. The crew finds out that Princess Grace is not actually a prisoner; she can leave whenever she wants. However, she decided to wait for a prince to come rescue her because that is what princesses are supposed to do. Belinda tells the princess that she can and should rescue herself, rather than waiting for someone else to rescue her. Ultimately, Princess Grace ends up saving the group of knights from a murderous plot by the prince.

In this fun fantasy adventure book, readers will see a male protagonist with a female best friend who is equally as capable of being a knight as he is, and they will see him acknowledging the absurdly limited social roles for girls. They will also see a princess learning that she does not have to wait for a prince to save her. One of the best parts of this book is that it is not a heavy-handed, hit-you-over-the-head-with-a-message kind of book. Feminism is gently taught as readers are walking with Tim and Belinda on this knightly adventure. There is absolutely a place for message-driven books, where the main point of the story is to teach readers that equality is important and we should be fighting for ourselves and our friends. However, it is also important to have books for kids that are fun and joke about smelly monsters, and happen to reinforce feminist concepts along the way. I highly recommend this book for all elementary school collections.

Glimpses into a Better Understanding of the Human Experience Through New Poetry BooksBooks in Bloom, Digital, Library, MackinVIA