When I brought home the book Trapped in a Video Game by Dustin Brady, I hoped it would be an entertaining chapter book to read aloud with my seven-year-old son. At that time, he enjoyed playing video games like Minecraft, Super Mario Bros, and the mobile game Pokémon Go, and we hadn’t yet made a successful leap to chapter books in our nighttime reading routine. Trapped in a Video Game turned my son into an independent reader. It even became a pivotal tool in my middle school classroom to reach reluctant readers who also loved video games (more on this later).

Trapped in a Video Game is the first of a five-book series of the same name, and is narrated by Jesse Rigsby, a sixth-grade boy. Jesse can’t understand why his best friend Eric wastes his time playing video games. Eric has been going on and on about a new game called Full Blast, and when Jesse’s willpower finally buckles and he plays the game with Eric, they are mysteriously transported into the game. While it thrills Eric to be inside the game, he must convince the panicked Jesse to play the levels with him. While fighting off giant praying mantis armies, flying around exotic locations with the help of a jet pack, and conquering boss battles, the duo learns to rely on each other’s strengths and friendship. The adventure pitches up as they come to the realization that some mysterious glitch in the game is keeping them trapped inside Full Blast…and someone is following them.

The narration is witty, and relies heavily on Jesse’s sarcastic, self-deprecating humor: “Wow. I almost died. Inside of a video game. I imagined the funeral. ‘Here lies Jesse…He was tragically taken from us by a giant praying mantis while trying to save a video game world from fake aliens. He bravely led the resistance, which lasted for all of 10 seconds.’” Unlike many popular books for the upper elementary grade level, Dustin Brady keeps crude topics to a minimum. There is a solid balance between the narration and the dialogue that helps the adventure unfold quickly. Quick interchanges between the characters make this an excellent choice for teaching the conventions of dialogue. Plus, the dialogue moves swiftly, making this book an excellent read-aloud, especially if the reader is adept at voices and sound effects (ZING! WHOOSH! THUNK! ZZZZIP!). Most of the chapters feature an illustration at the height of its action, and the cliffhangers invite a reader to keep turning the page. At the end of the book, there is a nonfiction section that teaches readers the basics of video game programming with activities that anyone can do at home with a set of dice.

For the first time in my son’s life, he was asking to stay up late to keep reading Trapped in a Video Game on his own. Plus, the remaining four books in the series were just as enjoyable as the first. As a parent, this was a personal victory for me to see my own child’s love of reading grow exponentially. It also bolstered my belief that it only takes the right book to turn a reluctant reader into an enthusiastic one. My son devoured the entire series in just weeks, and I watched him struggle with that bittersweet dilemma all readers face: to finish a book quickly or to slow it down so it won’t be over.

Around this same time, my middle school classroom was buzzing with talk about the latest video game craze: Fortnite. I began a quest for classroom library titles that would interest these video-game-loving students. Most of the novelizations of actual video games I found were poorly written and would only interest students who actually played the specific game. In conferencing with my readers who were struggling to find a book to keep their interest, I learned that they expected the same experience from a book that they got from video games: action, adventure, and entertainment.

So, I brought Trapped in a Video Game to my classroom, and it became a bridge for reluctant readers. It was not too childish for my older readers, and not too advanced for struggling readers to lose their confidence. Students who were known to pretend to read their book of choice were sharing funny passages with their friends. One student, who had quit every book he’d started that year, timidly told me he asked his mom to buy him this series. My reading intervention class used excerpts to practice fluency and enjoyed reading the sound effects as a group—and they were smiling and reading at the same time. I also handed the book to an advanced tenth-grade student who had forgotten to bring his own book that day and he read the whole series that week. This was a good reminder for me that we don’t always have to read at our top reading level; reading for pure enjoyment is still reading.

I’ve set out to find more books that will be sure to provide action, adventure, and entertainment for young gamers. You can check out a robust selection of reading levels on Mackin.com. Maybe you’ll find a game-changer here, too. 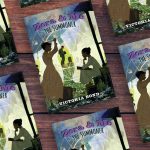 Victoria Bond and the Zora and Me Trilogy – A Labor of Love: Guest Post by Victoria BondClassroom, Library, Teacher Talk 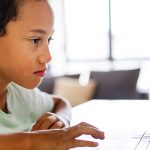