More times than I can count, I have heard all kinds of artists call their latest release a “baby” and lament in interviews the process of letting something they’ve cared for long and well go out into a cold, unchaperoned world. I’ve never felt that way, nor do I now. But as the October 13th, 2020, release date of my second novel, Zora and Me: The Summoner, approaches, I have considered laboring and due dates in the context of the pandemic. The first and the fifteenth of the month. The labor that people have been laid off or furloughed from. The essential labor that places people in harm’s way. The emotional labor of raising and schooling our children while doing our jobs. I worked on this last installment of the Zora and Me trilogy, a middle-grade mystery series inspired by the childhood of Harlem Renaissance luminary Zora Neale Hurston, for five years. My labor got the writing done. What the conditions of the pandemic and the most recent uprisings against white supremacy have emphasized for me is that my labor was fueled by two things: The anxiety I acutely feel as a contemporary working woman and the love I experience as a Black mother.

My novel, and the many, many others authored by women who write while parenting young children and working jobs, are at least partially shaped by the pressures, responsibilities, and duties those roles bring to bear. In my case, the kinetic anxiousness and vigilance that has accompanied raising a Black boy ushered in the sense, some days more pointedly than others, that one shoe and then another and another was inevitably going to drop. And this was long before the pandemic and the quarantine, which is to say that for most of the five years I worked on the book I was in an accidental boot camp for 2020. Draft by draft, my existential dread of everything happening at once, like 2020 has demonstrated can certainly occur, came to define the book’s structure.

In The Summoner, a lynching followed in quick succession by a grave robbery rocks the community of Zora Neale Hurston’s hometown, Eatonville, Florida, the first all-Black municipality in the United States, to its core. Those horrific events set the stage for Zora’s father, the Reverend John Hurston, to make a grab for the town’s seat of democratic power, the office of mayor. John Hurston did actually become the mayor of Eatonville and this book is partially a fictionalization of his rise. It’s also about how a community responds to adversity.

While working on the novel, I constantly tried to parse out what can push people to reject the promise of progress for mere comfort; dismiss being a beacon of light for the guarantee of a lantern and a few candles; deny opportunity to others in exchange for fewer opportunities for everyone. How the series uses tropes from the mystery and horror genres to explore community and the fragility of justice for Black people ultimately makes the Zora and Me trilogy a work of social thrillers. In the first novel, the suspicion of a shape-shifting creature gives way to the perils of racial duplicity. In the second novel of the series, The Cursed Ground, my co-creator Tanya Simon appoints a ghost to announce that the sins of slavery can’t easily be forgiven or forgotten. And in The Summoner, I employ the zombie to make a point about trauma and Black people’s trauma specifically.

One way to interpret the hordes of mindless, insatiable zombies that have become standard fare in popular culture is to see them as symbols of how bottomless craving devours the human spirit. In the history of the Black diaspora, the story of the zombie is a metaphor for labor exploitation. In 1936, Zora famously photographed a woman named Felicia who was believed by her family to be dead. Years after Felicia had been buried, there was no denying that she was actually back, traumatized and speechless. In her anthropological work Tell My Horse: Voodoo Life in Haiti and Jamaica, Hurston posits the theory that landowners paid to have people poisoned in order to create for a time the appearance of death. These victims, actually alive, but believed dead by their families, were then dug out of shallow graves and forcibly made laborers. In contemporary life, the brokenness and trauma that Zora documented with her camera is doubled and quadrupled and quintupled on a loop with the video footage of Black people being publicly murdered; these videos have become an unfortunate and sickening part of our cultural landscape, but also a galvanizing one. The violence against Black bodies The Summoner explores, from lynching, to the sacrilege of disturbing the dead, to domestic violence, amounts to my effort to process 21st-century incidences of racial and gender violence. It actually came as a surprise one day when right before me on the computer screen, the zombie subplot in The Summoner suddenly got linked to a camera. Given the times we live in, and how we are shaped by them, it shouldn’t have. But like often happens working on a novel, the story turned out to be smarter and more ambitious than me.

For many of us there is no doubt that these upcoming months will be anxiety-ridden and laborious in ways that we can’t yet imagine. At the end of The Summoner, Zora experiences a devastating loss. She’s able to cope, barely. She does so because of the power of friendship and a loving community. Like parents across the country right now, I’m looking ahead at the fall and considering the safety of my son’s school, how we will get along day to day, and how to sustain his growth and well-being while tending to my own. We will all have to labor together while confronting the threat of loss. My hope is that we labor with love. 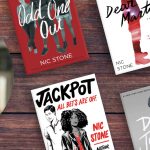 Nic Stone: Writing the Real World, One Letter at a TimeAuthor Interviews 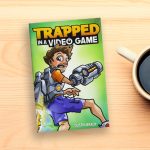