With the spread of COVID-19, the entire planet is being made aware, in a profound and unprecedented way, of our connection with one another. What started with infected bats in China has rippled outward in a cascade of changes spanning the entire planet, radically changing our behavior in the process.

The parallels between the connectedness of humanity and that of the natural world are not lost on me. My life’s mission is to show children how everything in nature is interconnected, like a giant jigsaw puzzle, and that when we take one piece away, it can affect everything else.

Twenty-five years ago, I set out to write a series of books introducing children to various ecosystems. I wanted to find a way to introduce young readers to the complex beauty of the relationships between living things in a way that was simple and clear, and that would capture their attention.

My solution was to base the structure of my books on the structure of the old English nursery rhyme “The House that Jack Built.” I found that the cumulative structure of the nursery rhyme was the perfect way to show children the interconnections of life in nature. I could spin a web of environments, plants, and animals into a story that was easy to read and full of repetition. Each of the books, which focus on different environments, begins and ends with a life form or element central to that ecosystem.

For example, in Here Is the African Savanna, the central element is grass. A new animal, plant, or element is introduced on each page.

“Here is the grass
that is food for the elephant
who drinks from the river
which is home to the hippos
that are groomed by the tick birds
who perch on the impalas
who eat the pods
dropped by the baboons
who sit in the tree….”

The book then comes full circle to end with the grass, thus reinforcing the concept of the circle of life.

With its full-circle structure, accompanied by Tom Leonard’s gorgeous paintings, I had accomplished what I set out to accomplish with the book. But I wanted children to also actually feel, with their bodies, the connections between the different animals and elements in the African savanna. I had just learned about Howard Gardner’s theory of multiple intelligences in graduate school, so I created an activity that utilized children’s kinesthetic intelligence.

Dunphy leads students in a “web of life” activity.

After writing seven books in the Here Is… series, I started a new series of books about keystone species. A keystone species is a critical part of an ecosystem—so critical that if it were removed, the entire ecosystem would change drastically. At Home with the Gopher Tortoise: The Story of a Keystone Species focuses on some of the 360 different life forms that depend on gopher tortoise burrows for survival. Burrowing owls build nests and raise their young inside the burrows, eastern indigo snakes slide into the burrows to keep cool on hot summer days, sparrows flee into the burrows to escape predatory hawks, rabbits dive into the burrows to escape fires, and scrub mint grows in soil loosened when gopher tortoises dig near the burrows’ entrances.

Although this book is written in a narrative style for older children, the format used in the African savanna web of life activity works just as well when demonstrating the gopher tortoise ecosystem. What happens to the animals and plants if a bulldozer comes in and removes the tortoise’s burrow? Through creating a web with yarn, students come to viscerally understand the gopher tortoise’s role as a keystone species—a species upon which everything else depends.

My most recent book, published May 9, 2020, to coincide with World Migratory Bird Day, is The Turtle Dove’s Journey: A Story of Migration. This story is based on the real migration of a turtle dove that was tracked by satellite telemetry by the Royal Society for the Protection of Birds. The bird in the book travels 4,000 miles from England to Mali in West Africa, encountering a wide variety of natural and human-built environments along the way, from gargoyles on buildings in Madrid, Spain, to desert winds in the Atlas Mountains.

Animals do not belong to one country or nation, and this is part of the book’s unstated theme. Birds that nest in England could be killed by hunters in Senegal, or birds that spend winters in Mali could find their nesting sites in England replaced by farmlands. Turtle doves and other migratory animals are world travelers, dependent on resources spanning thousands of miles, thus making them truly connected to large portions of our earth.

My life’s mission revolves around showing kids that everything is connected. Let’s hope that one silver lining of COVID-19 is that people will come to truly understand that we are not separate from others on Planet Earth. What affects some of us affects all of us, sooner or later.

Free downloadable activities to accompany Madeleine Dunphy’s books can be found at www.weboflifebooks.com. 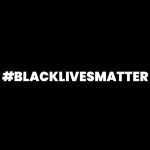 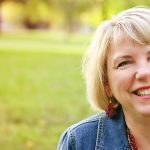 Maribeth Boelts: Writing What She Knows, Remembers, and ImaginesAuthor Interviews