The Problem is the Solution: A Backward Way of Moving Student Writing Forward

Middle grade novel author Jake Burt shares his experience teaching writing and how to get students to start with a problem and work backward when creating a story. Read on for his ideas on helping students tap into their creativity and get past the same old “and then they all woke up” endings.

My students are no different from yours. They’re wildly creative. They’re hilarious. They’re capable of deep empathy and glorious whimsy.

They are brilliant storytellers.

So why is it that when our students sit down to write a story, they either start strong, then fizzle (the old “they all woke up” ending), or freeze after the first sentence? And no matter how much we urge them to “add detail,” the story never goes anywhere? It’s a conundrum that puzzled me for the first half of my teaching career. I followed the models: 6 + 1, writer’s workshop, and graphic organizers. I taught adjectives, prepositional phrases, and vivid verbs. I taught stories as hamburgers. As trains. As medieval weaponry (I used lances and jousting. It was a thing). None of it worked, except in fits and starts, with more hand-holding than pencil-moving.

I didn’t really get it until I became a writer myself. Even then, it took me five books or so to identify the disconnect between what I was doing and what I was asking my students to do. How I was asking them to think of stories—beginning, middle, end—wasn’t how I thought of my stories. It wasn’t how I developed a narrative framework, created compelling characters, or made my settings come alive.

Our lessons usually began like this: I’d introduce an optional prompt, one that included a character, setting, and general plot structure. It would also suggest a genre, depending on which unit we were in and where Fountas and Pinnell had us going next. Kids could use the prompt or delve into something of their own crafting. Once they got started, I’d mill around, coaxing, cheerleading, and offering pointers to kid after kid who had launched in without a plan. And that was even with mini-lessons about brainstorming and outlining beforehand!

To be fair, my own writing approach used to look like theirs. I’d get an idea for a character or setting, then try to roll with it. And why not? Characters and settings are comparatively easy. They’re what I call “lattitudy”–you can expand on them as much as you like, right down to the tiniest detail, but your story won’t go anywhere. That’s what I saw happening when I’d ask my students to add more detail. They’d describe the setting in increasingly lavish ways, busting out the thesaurus and generally mangling the English language in pursuit of enough detail to make Mr. Burt happy.

By comparison, thinking about the problem of the story is “longitudy”–the more complexity and events you add to it, the more your story grows. Along the way, characters get deeper and nuances of setting become apparent. So I set out to devise a fun way I (and my students) could think about developing the problem of their story. Here’s what I came up with:

So, to sum up: Problem -> Solutions -> Obstacles -> Problem-friendly Setting -> Character who will struggle. Feel free to try this out, to adapt it into a graphic organizer for your students, or even to use it in your own writing. And if you have any questions, feel free to get in touch. 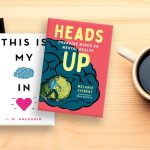 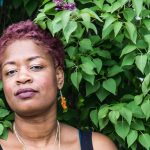