Back to School With Sphero Robots

Anyone who is familiar with my work knows that my focus is not on products or materials or supplies for a makerspace and that I have written extensively instead about the research, pedagogy, and best-practices surrounding maker education. Stocking our makerspaces is a reality though, so for the past several years, I have released my Top Ten Makerspace lists. In this post, I have chosen to focus on an item that we have had in our makerspace since the very beginning- Spheros. For those who are not familiar with Sphero robots, they are a company that makes undeniably cool programmable robots and educational tools that aim to transform the way kids learn and create through coding, science, music, and the arts.

Seven years ago, when we got our very first Sphero robot, we were enamored by the fact that we could even just control the robots with our phones, and admittedly, it at first, often did not go deeper than that. Both my students and I quickly discovered, however, that Sphero robots offer limitless opportunities, and can oftentimes lead to deep investigation and discovery, through inquiry. Along the way, I also read two blog posts written by Ross Cooper, The Problem With Prepackaged STEM Products and How to Transform Step-By-Step Directions Into Inquiry, that transformed my thinking about how we can use products like Sphero robots in a makerspace.

As we head into another school year, I have chosen to highlight some other stories about how educators are using Sphero robots in unique and interesting ways.

Details of this engaging, meaningful, student-centered activity are here. Another perspective from that project, comes from Andelee Espinosa, a special education teacher who co-teaches with Mr. Mohammad. In her blog post, she focuses on the inclusion aspects.

Educator, Jen Kaelin, challenged her students by creating various geometric shapes on the floor using tape, and her students created code for the Sphero robot to trace the shape, without losing touch with the tape, in one try.

Fellow New Jersey educator, @LionsHistorian, has a club called Students Teaching About Technology (STAT), where they embarked on a poaching coding project that a student expert created the criteria for, based on goals she presented. 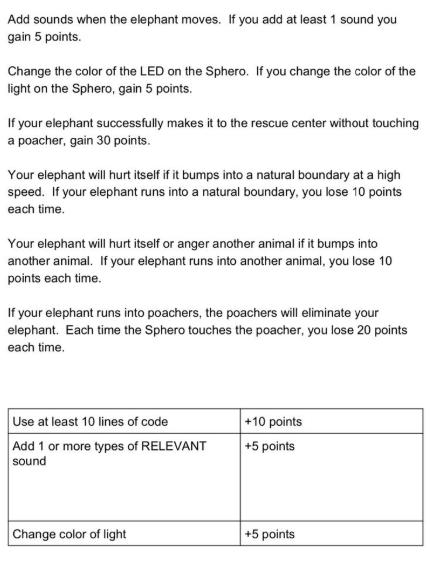 Educator, and #SpheroHero, Julie Willcott, combines the digital with the analog, and believes that the hands-on with the minds-on deepens the learning. In Physics, her students have used Sphero robots – with differently coverings – to evaluate the impact of friction on motion. They have also dropped the Sphero robot in coverings designed to provide collision protection; the live sensors provide measurements of motion for the falling robot.

English teacher, Mr. Richard Perry, uses various Sphero robots in his 9th and 11th grade English classes to foster text analysis. The Sphero robots are tied to the analysis of literature such as The Grapes of Wrath, The Martian, and also makerspace research projects. He began by using Sphero robots as a tool to teach empathy and created a model of the Sierra Nevada mountains and assigned a robot to a group of four students. This group was their family, and they needed to get the robot across the country to California, just like the migrants had to travel to California in the Grapes of Wrath. The vast majority of the groups failed. So they learned that, yes, it was possible to have that much bad luck. The big stand out in the class was that a visually impaired in the class, had the most success! He examined the model with his hands and was able to determine how to correct program the robot to overcome the challenge. The lesson the empathy that year was magnified because the students were able to empathize with the characters, but also see the value of a member of society that they might have otherwise written off as a liability.

Educator, Leah LaCrosse, has been using Sphero robots with her students since 2005, tells us on her blog that Sphero robots are not about the coding, and offers a extensive list of resources and activities, including her top ten Sphero robot moments, that are worth taking a look at!

Maker extraordinaire, and educator, Nathan Stevens, has students make wooden mazes for Sphero robots, with 2 successful paths and a few dead ends. The lengths of pieces of wood are in multiple of 3s and students have to code their way through the maze, but they have to make 3″, 6″, 9″ and 12″ pieces work. The main part of the experience is the math to make the maze work. He points out that this is a great activity to involve parents. Students draw out maze on paper and then scale up on the wood.; parents do the cutting.

Computer Science educator, Greg Murray and his students, used Sphero robots to calculate angles, manipulate mazes, and explore planetary rotations. For an end of the year activity, they built battle bots. Sphero robots were placed under red cups that were designed to knock over an opponent’s bot. Those bots were then placed in an arena. After each round, students could learn from what was observed and adjust their bots as needed. Throughout the lesson, he witnessed students discussing strategy and enjoying themselves immensely.

Every Sphero robot product is a blank canvas for kids to build and create. They are innovative and functional, yet simple and intuitive in design, which is why we have had them in our makerspace since the beginning.

Order Sphero Now
Makerspace Robot STEM
Back to School With Sphero Robots2019-10-102019-10-10https://www.mackincommunity.com/wp-content/uploads/2018/06/mackin-community-header-logo.pngMackin Communityhttps://www.mackincommunity.com/wp-content/uploads/2019/10/backtoschoolsphero-banner.jpg200px200px
About
Laura Fleming
Laura has been an educator in the state of New Jersey for 20 years. She has been both a classroom teacher and media specialist in grades K-8 and currently as a Library Media Specialist for grades 9-12. She has played a prominent role in education as a writer and speaker and has served as an educational consultant on Next Generation teaching standards and tools. Laura co-hosts the Movers & Makers Podcast, and is the author of the best-selling, Worlds of Learning: Best Practices for Establishing a Makerspace for Your School (Corwin, 2015). Laura is also the creator of a digital badge-based professional development platform in which educators all over the world earn badges in acknowledgment of their professional learning. Her library Makerspace has garnered national attention and has served as an inspiration for schools across the country. She is also a recipient of the National School Boards ‘20 to Watch’ in Educational Technology Leadership for 2014 and was recently nominated as a White House Champion of Change for Making. Laura is also the creator of the ‘Worlds of Making’ Digital Academy, which provides makerspace professional development for teachers. Her goal is to create learning experiences that empower and equip students with the necessary skills to effectively produce and consume content across multiple media platforms. She is also driven to enable educators and cohorts in applying these innovative methods and cutting-edge technology in their fields of expertise. Laura is an educational consultant, thought leader and speaker on education, librarianship, and technology.
Search Our Community
Subscribe to Our Monthly Newsletter!
Recent Posts
Categories / Topics
Tags
Abrams Author Author Interviews Books in Bloom Candlewick Press Charlesbridge Cherry Lake Chronicle Books Classroom Collaboration Consortium Digital Digital Tools Guest Posts Hachette Harlequin Harper Collins Harpercollins HMH Holiday House Houghton Mifflin illustrator Ingram IPG Lerner Library Library Transformation Macmillan Maker Education Maker Movement Makerspace Orca Peachtree Penguin PGW Random House Scholastic Simon & Schuster Sourcebooks STEM Sterling Students Two Rivers Workman WW Norton
Archives
Categories 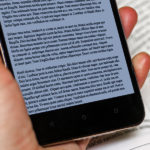 Print or Digital? What Does the Neuroscience Say?Classroom, Digital, Library 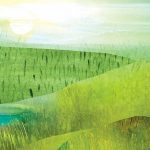