“Poetry hit me, at the age of 40, like a pie in the face. A banana cream pie happily, which I love,” shares J. Patrick Lewis, an award-winning children’s poet.

Though a bit unconventional, Lewis’ pathway to becoming one of America’s celebrated poets began when he was an economics professor at Otterbein College in Westerville, Ohio. What prompted him to switch emphasis from the study of prosperity to the study of poetry? “Quite simply, the realization that I was in the wrong field with the wrong grasshoppers,” admits Lewis. “Of course I couldn’t afford to quit my day job—teaching college economics—so I soldiered on for another decade in the classroom before I retired early from teaching.”

Before embarking on his second career, Lewis decided to take time off to study the craft. “Sadly, I never had that magical teacher or librarian who showered me with poetry, so I had to discover it on my own. When I did, I became a fool for it, which is how I think of myself now. But loving poetry is a necessary but insufficient condition for writing it. I knew nothing about verse, except that I was infatuated with it, which is why I spent over three years reading the classics—both adult and children’s poetry—before I even thought of employment at the writer’s trade.”

“I can remember haunting the local library regularly as a child. But we were blessed in having parents who read to us, and that made all the difference. I won’t claim that I always wanted to be a writer, but my love of words—and playing with words—was born on my mother’s lap.” 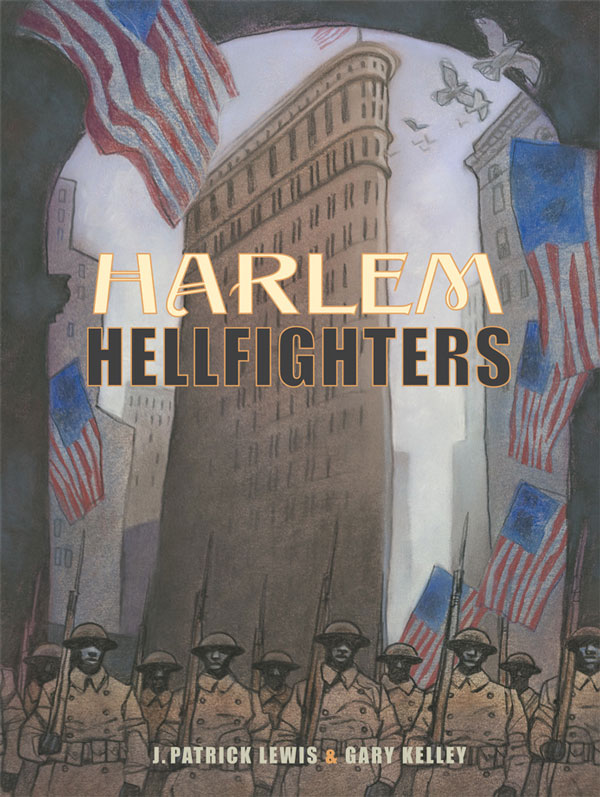 That diligence of study paid off. And in 1985, after seven years of rejections, Lewis’ first manuscript was accepted. Since then he has published nearly 100 books of poetry, has received numerous awards and accolades, and was named Children’s Poet Laureate for 2011-2013. Currently, there is significant praise for Harlem Hellfighters (Creative Editions, 2014) including being chosen by The New York Times as one of the “Best Illustrated Children’s Books of 2014.”

“The Children’s Poet Laureateship was indeed welcome and to me vindication for years of hard work. But of course one does not write for awards, which are as ephemeral as pots of gold at rainbows’ ends. Like everything else in life, they are fleeting. I’m enormously gratified with the reception for Harlem Hellfighters, especially because it highlights the art of Gary Kelley. Gary and I have published seven books thus far, and in my opinion, each one of them deserves the recognition that Harlem Hellfighters has received. I would like to add that this is true for every book that has been published by the nonpareil Creative Editions.”

In 2015, Lewis has 10 books coming out. “Three of them are by my favorite publisher, Creative Editions: Make the Earth Your Companion; The Navajo Code Talkers (another Gary Kelley book, I’m happy to say); and Always, Jackie: The Incredible Story of Ron Rabinovitz and Jackie Robinson. And I should mention my anthology sequel to National Geographic’s Book of Animal Poetry (National Geographic Society, 2013), Book of Nature Poetry, another collection of 200 poems with glorious National Geographic Society photos due out in the fall of 2015.”

Always busy, Lewis is currently working on a book he calls Blue which is a collection of “ekphrastic” poems written about specific, blue-dominated paintings. In addition, he continues to respond to fan mail (jplewis42@gmail.com), and is scheduling school visits to get children excited about poetry.

“Good poetry for young people, in my opinion, is not ‘giggle poetry,’ or poetry that plays to the basest emotions. Good poetry eschews sentimentality and is rife with metaphor, the bedrock of any poet. It relies on personified action verbs, not adjectives and adverbs. A diamante, for example, relying as it does on listing adjectives, does not even rise to the level of a verse form. It should come with a label: do not try this at home!”

“Children will most definitely not gravitate to poetry. Poetry must be brought to them. At every school visit I make, I say that I am hoping to make children hate poetry…less than most Americans do! Those who claim to hate poetry simply have either not read the best or been force-fed poems for ‘analysis’ in college courses. Try Frost, Dickinson, Auden, Larkin, and so many others. They can transport you in a way no video game or TV program will ever do.”

Though he has retired from his professional teaching career, Lewis has no intention of retiring from poetry any time soon. Rather, he aspires to get better and better. “Putting together words in a way no one has ever done before is an exhilarating experience. It doesn’t happen every day, but when it does, the trumpeters go off in the little room of my mind. As Donald Hall has said, ‘Wake up every day in the hope of producing great poetry.’ Do I succeed? No, but when was that ever the point? To that end, I’d like to make each poem, each book better than the last.” 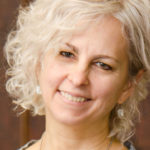 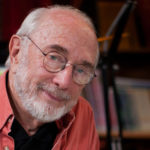