There are few American icons more popular and recognized than apple pie, baseball, and Fonzie. That’s right—Arthur Herbert Fonzarelli—“The Fonz” from the television show Happy Days was ranked by TV Guide as fourth in a list of 50 Greatest TV Characters of All Time.

From snapping his fingers to turn on lights to pounding on the hood to get a car started, it seemed Fonzie could do it all. Little did viewers know that Henry Winkler, the actor known as “The Fonz,” couldn’t do it all. In fact, he couldn’t do one basic thing: read.

Throughout his childhood, youth, and young adulthood, Winkler struggled with reading, math, science, and learning in general. His parents thought he was just lazy and would force him to sit at a desk and study for hours. But everything he worked so hard to get into his brain seemed to simply fall out and leave his mind blank.

“One out of five kids has a learning disability; that is 20 percent of the population!” – Henry Winkler

It wasn’t until he was in his 30s when he finally understood what the problem was: dyslexia. “The first book that I read was called The Clan of the Cave Bear (Crown, 1980). I was 31 years old; and until that moment, I thought I could not read. I was so intimidated.”

Since being diagnosed with, and coming to understand the complexities of, dyslexia, Winkler has been on a crusade to educate others about learning challenges. To do this, Winkler embarked on a writing project with Lin Oliver that brought Hank Zipzer to life. Loosely based on Winkler’s life experiences, Zipzer also has problems with reading, math, and learning.

“The husband of one of Lin’s best friends was my manager for 60 days until his company imploded. He is still one of the best in the business. But one day during that time, he suggested I write books for children about my learning challenges since there was a lull in my acting career. Because of my experience, I rejected the idea of writing a book. Several days later, he made the suggestion again and this time said he would introduce me to Lin Oliver who knows everything about children’s books. So we had lunch near Paramount Studios and hatched Hank Zipzer. We then found an agent and sent the idea to five publishers. Three publishers said ‘no.’ One said ‘maybe.’ One publisher said ‘yes.’ They gave us a contract for four novels, and we jumped at it. We are now working on the 29th novel we’ve written together.”

There is no doubt Lin Oliver, a book, movie, and television writer and film producer, was the right partner for Winkler. She began her writing career in first grade with a prize-winning poem. She went on to co-found the Society of Children’s Book Writers and Illustrators (SCBWI) and has written numerous children’s books and hundreds of television episodes.

“Reading is the activity I engage in most. I read everything. I don’t have a reading difficulty; it is something I do all the time. But working on the series with Henry has sensitized me to the fact that there are lots of ways to get information. Reading is only one of them. I am very verbal.”

“And I learn through my ears,” adds Winkler, “because reading is hard for me even today.”

“The underlying theme of what we’ve written is each individual is unique. Each person’s path is unique. Any bullying or mockery of differences is unacceptable. What will make someone great is understanding what s/he is good at and following that path. That notion is central to our body of work. It is something we talk about—how amazing and wonderful it is that we are all different.” – Lin Oliver

“The ways people learn are infinite,” says Oliver. “If you just find the right modality for each child, learning becomes unobstructed. There are multiple kinds of intelligences. Most of our academic programs, including college, emphasize a particular kind of learning. I really have difficulty with standardized tests as the only measure of achievement. Common Core is trying to address that with more experienced-based learning and more creative and critical thinking skills. That is crucial because the typical classroom model of having to learn exactly in the way of the passive learner and having to master just the content is antiquated and discourages a lot of really talented kids from academics.”

“It is really important for children to know that school does not define them,” Winkler says. “No matter how difficult learning is for them, it has nothing to do with how brilliant they are. If a child doesn’t do well, then self-image plummets like a rock to the bottom of the ocean. When Lin and I travel all over the world, we ask children, ‘Hey, what are you great at?’ Every single child knows what they are great at. If we are going to maintain greatness in our country and in the world, we need children to function at what they are great at.”

“You have greatness within you.” – Henry Winkler

Hank Zipzer definitely knows what he is great at, but he is also very aware of his weaknesses. The keys to his success, however, are his resourcefulness, his tenacity, and his friends. “His friends support him and take care of him,” says Winkler. “They just really love him.” Oliver continues, “Hank’s resourcefulness is really important. We can portray someone with learning challenges as a victim or portray him as a winner who has everything to give the world. That’s what Hank has and what Henry has: the desire to find ways to work around obstacles. That makes Hank an appealing, strong, adorable character—not a victim.”

“I’ve always defined myself as that punching toy with the sand in the bottom. There were certainly times when I thought ‘I can’t do this’ and ‘I’m not going to do this,’ but I would always bounce back. I get up, dust myself off, and try again. What I say to children and to anyone who will listen is ‘all things are possible but it is only up to you and your will—don’t expect somebody else to clear your path.’”

With 18 books and more than 2.6 million in print, The New York Times best-selling book series for middle-grade students has come to its conclusion. However, a new series is underway: Here’s Hank! (Grosset & Dunlap). These chapter books written for students in first and second grades introduce a young Hank Zipzer before he was diagnosed with learning differences. It features the Dyslexie typeface designed by Christian Boer, a dyslexic graphic designer. “Ours is the first book series to ever use that font in America,” shares Oliver. “It is a really pleasurable font to read for all kids.”

“The plan is for eight Here’s Hank! books. Three are out, two are completed, and we are working on the sixth,” says Winkler. “The newest one is Stop That Frog! (Grosset & Dunlap, 2014). Hank takes home the class frog and within 10 minutes of arriving at his apartment, the frog is gone. In the book we are writing now, Hank goes on a field trip to the zoo and wanders away. Somehow he manages to get inside the elephant enclosure and somehow he plays soccer with a 15,000-pound elephant. The humor we write is completely exaggerated but the emotion is based in reality. We’re having fun.”

“You can’t expect literacy when kids are expected to grind through the material,” Oliver says. The point of literacy is to expose oneself to relatable characters and experiences that are pleasurable. Literacy comes from practice reading. If kids are enjoying the reading experience, they are not aware of the practice. That is why our books are funny. The first goal of our books is that children will enjoy them. We hope they will laugh and be entertained and recognize themselves on the pages.” 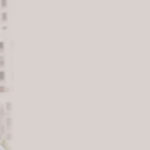 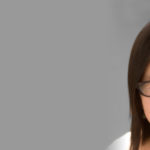