“The most powerful tool for teaching reading and writing is reading out loud in the classroom.” The beloved author known as Avi should know. A reluctant writer until his teenage years, he counts his parents and teachers reading aloud to him as a major influence in his development—that and the weekly trips to the library as a child. Today, his life is very much about books. He reads them. He writes them. His house is filled with them.

An award-winning author and a strong advocate for Readers Theater, Avi has penned more than 70 titles during a writing career spanning more than 40 years. It all began when an English teacher insisted that he receive some help with writing. At age 17, he decided to focus his attention on improvement and began by writing plays.

In his 20s, Avi started to look for an opportunity to earn a steady income. One day, he walked into the 42nd Street branch of the New York Public Library and discovered that they were looking for a clerk in the theater library. He was offered the position as well as a path for advancement. He took the job; he also enrolled in library school within the week.

“Librarianship was very good to me.”

For 25 years, Avi worked as a librarian at the New York Public Library and at Trenton State College in New Jersey, all the while developing and honing his writing skills. He never took a formal writing class nor did he obtain a mentor. However, he was an avid reader of a variety of genres. With the exposure to so many writing styles and with much persistence on his part, he finally published his first book in 1970: Things That Sometimes Happen.

In the years following his first book, Avi developed an avid following of readers who appreciate his writing style. Though he has not adopted a genre or developed a singular “voice,” his set up and structure of scenes and dialogue flow rhythmically across the pages. Each story is true to itself, and that is what Avi’s readers admire. At present, Avi’s days are filled with writing and with Skype visits for classrooms. He is working on three new books and also writes posts for his blog, WordCraft. Last year, Sophia’s War: a Tale of the Revolution was published; and this year a new ghost story is expected to appear on booksellers’ shelves. Additionally, Avi is overseeing a video contest during March 2013 with the winning entry receiving an in-person visit and lunch.

Despite his busy schedule, Avi’s heart is with students in the classroom. He looks forward to the Skype visits where he can interact with each student as an individual. He also enjoys hearing about teachers who inspire a love of literacy in their pupils through examples they can understand and imitate. “Most kids are capable of creating quality poetry and short stories; they simply need good models to follow.” 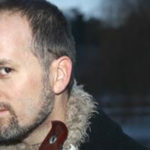 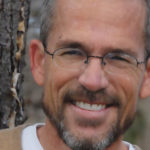