Every year, the National Book Foundation honors four authors with the National Book Award. In 2012 the panel of judges reviewed 1,200 books, and two of Minnesota’s own took top honors: Louise Erdrich’s The Round House and William Alexander’s Goblin Secrets.

William Alexander is a creative writing instructor, stay-at-home dad, and now an award-winning novelist. Though not a native Minnesotan, he considers himself an “adopted son” and is proud to call the Twin Cities his home. Here, he teaches at the Minneapolis College of Art and Design, participates in a writing group, and explores the arts community with his wife and children.

Alexander has nearly always dabbled in creative writing and has had several short stories published in literary magazines and anthologies. However, he did not embark on novel writing until a back surgery immobilized him several years ago. At the time, he had majored in theater and folklore and was deeply involved in the performing arts. When he was physically unable to move, fantastical thoughts, ideas, and stories flowed through his head; writing became his creative outlet.

Through several short stories, Alexander experimented with the idea of combining theater and fiction. Eventually, he began weaving his writing ideas into a novel. But when his Masters degree program began demanding more time, he had to shelve his book. After graduating, he returned to his writing project—the book that eventually became known as Goblin Secrets.

Published in March 2012 by Margaret K. McElderry Books, an imprint of Simon & Schuster Children’s Publishing, Goblin Secrets is the first of two books about the mystical, magical city of Zombay. Its companion book, Ghoulish Song, is scheduled for release in March 2013. Though standalone books with different protagonists, these two titles incorporate many of the same characters weaving in and out of each story line.

Alexander believes teachers and their students will find a connection to Goblin Secrets and its theatrical aspects. “Adults have a comfortable illusion that identity is stable and permanent,” he says, “but that sense of security is almost always rudely interrupted. Children and teenagers know better: they know that identity is a performance—something they do.”

When using Goblin Secrets in the classroom, it is Alexander’s hope that teachers incorporate an aspect of performance in their lessons. From walking like giants to making and wearing masks, theatrical exercises allow young people the opportunity to try on different characters and characteristics while discovering their own identities. 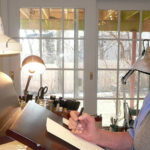 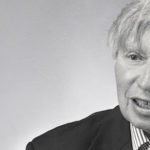