The Making of a Delusionist: Guest Post by Don Calame

It’s 1980. I am a twig-thin tween; my brother Robert a stocky fourteen-year-old. Robert is tying me to a wooden chair in my bedroom. He’s using a length of scratchy rope he found at the back of the freezer closet in the garage. This isn’t a kidnapping or a means to extract a confession. No, I’ve agreed to let him do this to me. Robert had the idea and I think it’s cool. Like I think raising chickens is cool. Like I think Pink Floyd is cool. Like I think Iron Man, and professional wrestling, and spaghetti Westerns are cool.

And, of course, like I think Harry Houdini is cool.

The rope smells of gasoline; the dry fibers digging into the flesh of my upper arms as Robert tightens the slack just below the sleeves of my t-shirt. He already performed this escape routine ten minutes ago. I secured him to this very same chair; used every knot I knew and some I’d just made up. And still Robert was able to free himself before I’d even had a chance to shut the bedroom door behind me.

Now it’s my turn. That’s how these things go. We’ll be adding this into our magic show—along with a levitation trick involving a couple of broomsticks and old sneakers—so I need to know how this effect is performed. But Robert doesn’t like to simply tell me how things are done. He wants me to try to figure it out first—which I rarely can, which always seems to make him really happy.

So here we are.

He wraps the rope around and around my body, tying it off at one chair leg, winding it up to crisscross my chest, then back down to the opposite leg. I’m impressed with the neatness and thoroughness of his rope job. He’s probably read up on how to professionally tie someone to a chair in one of his bazillion escapology books.

“There,” Robert says, admiring his work. “Good luck with that. I’ll give you fifteen. If you’re not out by then I’ll come untie you.” He grins. “You won’t be out by then.”

And then, he’s gone.

I’ve only got wiggle ability now. Toes, fingers, and eyebrows. There’s no way in the world I’m getting out of this. But still, I have to try. And so, I start to struggle against the bindings—expand my shoulders, puff my chest, flex my muscles—in a vain attempt to stretch the ropes. When I finally take a breath and relax, I find that, not only did I not create any slack, it actually feels like the cords have gotten tighter.

I can’t see a clock from where I’m sitting. I don’t know how long it’s been. A minute? Two? Does it matter? Is Robert really going to be back in fifteen? Where the heck did he go? To the deli? To get chips? What if he runs into a friend and forgets about me?

More panic. Throat lumping up. Eyes clouding. Sucking in little sips of air, each one tinier than the last. I don’t feel like I have a lot of time here before I pass out.

I start to rock the chair. Maybe if I knock it over, the wooden frame will break and I’ll be able to get free. I saw that in a movie once, I think.

It takes a few attempts, getting one set of legs to lift off the floor, using the momentum of that side to carry me higher on the other, back and forth, higher and higher, until…

The chair, the ropes, and I come crashing down onto the carpeted floor. Much too soft to break the wooden chair back, but not soft enough to cushion my skull.

I don’t remember a lot more about the rest of that day. My terrified, apologetic brother. A headache. The hospital. A concussion. What I do remember, though, is a deep fondness for that particular time in my life. The hours spent with my older brother watching magicians on TV—Doug Henning, David Copperfield, The Amazing Randi—leafing through dog-eared magic books, and wandering through our local magic shop.

And so, when I was trying to come up with an idea for a new YA novel, I did what I always do—I searched my memories for vivid moments in my own life. And this particular memory came back to me in a very powerful way. The wonderful thing about powerful memories and writing is that once you have one and you start digging around in it, playing with it, remembering the details, the sights, sounds, and smells of that time, a ton of other memories and details start flooding in. They might be actual, real details, or they might just be your brain filling in the lines, but it really doesn’t matter. You’re writing fiction, after all. What matters is that it feels real and true to you as the writer, so you can make it feel real and true to the reader.

That’s what I think I love most about my new novel, The Delusionist: how real and true it felt when I was writing it. Well, that and how it allowed me to dive back into the world of magic and magicians. A world that my older brother introduced me to all those years ago. 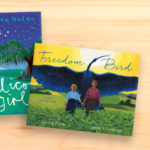 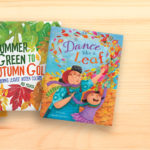