The Office: A Day at Dunder Mifflin Elementary by Robb Pearlman

For those of you who do not already know, The Office is an American mockumentary sitcom, adapted from the original BBC version, that lets the viewer follow employees’ daily lives at work at a paper company called Dunder Mifflin in Scranton, Pennsylvania. The American version of The Office aired from 2005 to 2013, but with the help of streaming services, is still widely watched today.1 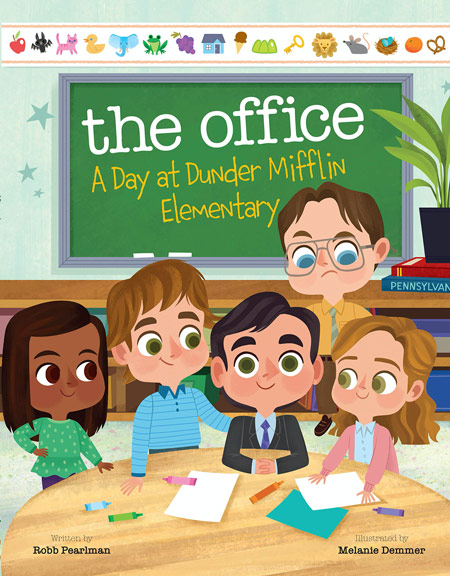 The Office: A Day at Dunder Mifflin Elementary by Robb Pearlman is a story that includes many of the characters from the popular American adapted television series but reimagined as if they were students at Dunder Mifflin Elementary. It is not hard to imagine the characters of the American version of the television show The Office as young students, especially Michael Scott whose character on the television series often shows the impulsiveness and egocentric characteristics reminiscent of a young student trying to find their place in the classroom. This book reads like an episode of The Office with each character’s witty and reactive dialogue. If you have seen the show before, you can also imagine the tone of each character which makes the story even funnier. If you are a fan of The Office, you will be pleased to find many Easter eggs, or hidden content, throughout the story in the pictures that are directly from episodes of the television series. The story is based around Michael being named line leader. Michael insists he can handle this responsibility by himself against the better judgment of some of his classmates. He attempts multiple wacky ways to get the group to line up the best, which are all unsuccessful. Michael learns in the end that it’s okay to ask for help, and when the group works together, they learn to line up with success!

This story is not only great for The Office fans, but it is also a good story to use in early elementary to introduce the routines of lining up and the responsibility of a line leader. Students, teachers, and The Office fans alike will enjoy this story.

BROWN BOOKS FOR YOUNG READERS Little
The Office: A Day at Dunder Mifflin Elementary by Robb Pearlman2020-10-052020-10-02https://www.mackincommunity.com/wp-content/uploads/2018/06/mackin-community-header-logo.pngMackin Communityhttps://www.mackincommunity.com/wp-content/uploads/2020/10/dundermifflin-book-banner.jpg200px200px
About
Ashley Gamlin
Classroom Specialist Ashley Gamlin is a former elementary teacher with a Master’s Degree in Reading Instruction. She has a passion for literacy and a deep understanding of great literature and the impact it has on student learning. 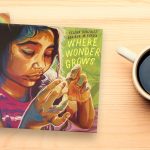 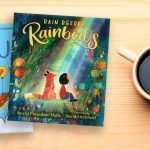