There are some folk tales that we have no collective memory of learning about for the first time, but all seem to be familiar with. The story of King Arthur seems to be one of them. We all know how at a young age, Arthur found a magical sword named Excalibur, got some help from a wizard named Merlin, and led his country in battle before ruling peacefully alongside the knights at his round table. Whether or not Arthur was a real person has been debated by historians for centuries, but the legend of Arthur is going strong. 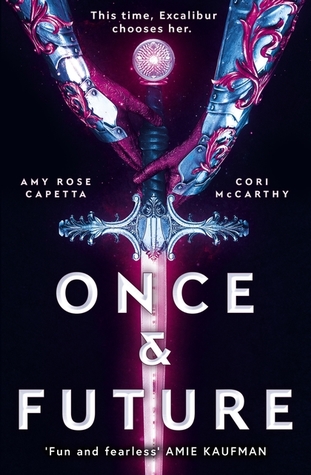 Once & Future by Amy Rose Capetta and Cori McCarthy is a retelling of the story of King Arthur, with a couple significant twists. Ari has been hiding out from the Mercer Corporation for most of her life. She is a refugee from a planet that Mercer exiled, and she needs to keep her existence a secret. After she pulls Excalibur from a rotting tree trunk on the abandoned planet Old Earth, she finds out that she is the forty-second reincarnation of King Arthur. With the help of the reverse-aging teenage Merlin and her band of knights, Ari must stop the tyrannical reign of Mercer and unite all of mankind in order to stop the cycle of Arthur’s death and reincarnation. Long story short: female King Arthur in space!

This gender-bending take on King Arthur is altogether too fun. The cast of characters is vastly diverse, including varying sexualities, gender identities, abilities, ethnicities, and races. The time period in which this book is set is an extraordinarily open era, when asking preferred pronouns is a commonality and it’s acceptable to be pansexual, asexual, and everything in between. Families are formed in multiple ways, including Ari’s adoption by her moms after she flees her home planet as a small child. I’d recommend this book for grades 9-12. It has earned starred reviews from prestigious sources, including Kirkus, Publisher’s Weekly, and School Library Journal. The authors, Amy Rose Capetta (she/her) and Cori McCarthy (they/them) are a queer couple who have founded multiple initiatives to promote LGBTQIAP+ diversity in literature, and they hit an Own Voices home run in creating an inclusive community in Once & Future.

Book Review: Once & Future King2019-04-012019-06-21https://www.mackincommunity.com/wp-content/uploads/2018/06/mackin-community-header-logo.pngMackin Communityhttps://www.mackincommunity.com/wp-content/uploads/2019/04/br-onceandfuture.jpg200px200px
About
Rachel Benzine
Rachel Benzine has been a Collection Management Librarian with Mackin Educational Resources since February 2019. She holds a Master of Library and Information Science degree from San Jose State University, and a B.S. in psychology with a minor in economics from the University of Wisconsin, River Falls. In her current role, she specializes in social-emotional learning, as well as contemporary middle school and high school fiction. 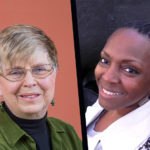 Marion Dane Bauer and Ekua Holmes: The Universe, Children, and The Stuff of StarsAuthor Interviews 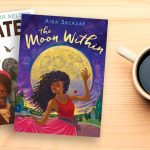 Stories in VerseBooks in Bloom, Library