Last year, another teacher from my district and I were lucky enough to get funded through our Education Foundation for six of the Breakout Boxes and a year-long subscription to their games. Most of the teachers at my school were shown on an in-service day how to facilitate a game. In case you don’t know how Breakout works, here is some quick info.

Breakout Edu is very similar to the Escape Room Experience. Students are given a scenario that they must escape from. Clues are both dispersed throughout your room and inside of locked boxes. Students must solve a series of clues in order to physically break open the locked boxes.  Students work in groups to complete their tasks. There are games available for virtually every subject. Preparing the boxes can take a little bit of your time, but the end result is completely worth it. Students are engaged and excited to learn! There are also digital games available. In these games, students open up a virtual box by solving clues.

This past week, I worked with our 8th-grade language arts teacher on a library orientation. We decided to do a Breakout game with her four classes, in order to keep her students engaged. Her students learned the same things they would have learned through a traditional slideshow, but it was so much better because of how involved they were in the activity. When I started looking into a game to play, I could not find one that worked in a 15-20 minute timeframe, so I wrote my own game. It was really easy, and really gave me a chance to be creative.

Here was the Game: Breakout of the Library!

* Sorry I do not have the QR Code saved but here is a link to a website I use to create my own QR codes https://www.the-qrcode-generator.com/.
Here are some pictures of our Breakout Fun: 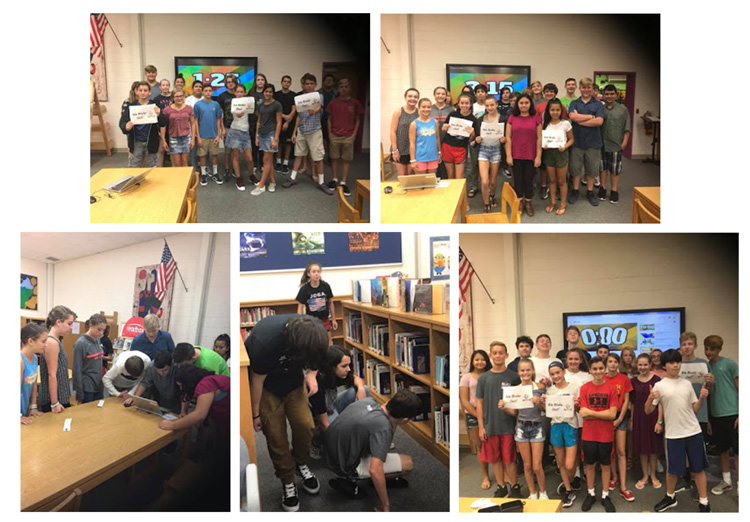 Are you using Breakout in your library or classroom?  I would love to hear about any exciting Breakouts you have created.
Collaboration
Breakout Edu Fun2018-10-102019-08-08https://www.mackincommunity.com/wp-content/uploads/2018/06/mackin-community-header-logo.pngMackin Communityhttps://www.mackincommunity.com/wp-content/uploads/2018/10/breakout-edu-fun.jpg200px200px
About
Anastasia Hanneken
Anastasia is a former Pennsylvania librarian and is currently a 5-8 librarian in Shamong Township School District in Shamong, New Jersey. Anastasia has been working with Makerspaces for the past 3 years, and recently implemented a full makerspace lab in her library computer lab. Anastasia is an ambassador for Bloxels Builder sets and Buncee. She is also an advisory board member for Mackin TYSL. 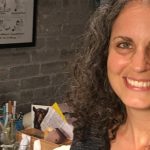 Need To Know: I Made a Book About Whiteness. At First, I Was Scared to Read It to Kids: Guest Post by Anastasia HigginbothamBooks in Bloom