Autumn is a major publishing season, so I have been busy going through the picture book galleys that will be out this fall. I’m always intrigued by the biographies of people I don’t know.  I minored in history in college and have always loved reading about people in the past—both fiction and nonfiction. But picture books authors seem to find the most interesting people that I have either forgotten about or never heard of!

How many of you play the piano? Do you know about Bartolomeo Cristofori?  I took piano lessons in elementary school, then in college, and again as an adult—I even have one in my house—but I didn’t know the name of the man who invented the instrument.

And is there anyone who does NOT like chocolate chip cookies? Who came up with the idea? There are several myths about their creation, but consensus is that Ruth Wakefield had something to do with it. Never heard of her!

Check out the biographies below; even if you know about these people, chances are you’ll find out something new! 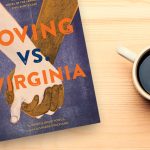 Loving vs. Virginia: An Author, Illustrator, and Editor InterviewBooks in Bloom