These exciting nonfiction titles were published in April.

Balderdash! : John Newbery and the Boisterous Birth of Children’s Books by Michelle Markel (ill. by Nancy Carpenter). 9780811879224. 2017. Gr K-3.
This picture book biography of John Newbery, the “Father of Children’s Literature,” describes how Newbery thought children’s books should entertain rather than just educate. His pioneering work in publishing during the eighteenth century changed the perception of children’s literature forever.

Boys Dancing : From School Gym to Theater Stage by George Ancona. 9780763682026. 2017. Gr K-3.
Follow four boys who join their schools’ dance teams and train and rehearse dances inspired by popular books in order to perform them at the National Dance Institute in New Mexico.

Give Bees a Chance by Bethany Barton. 9780670016945. 2017. Gr PK-3.
Barton uses the same humorous tone as I’m Trying to Love Spiders to encourage readers to see the good qualities of bees and to explain the problems bees face.

Lines, Bars and Circles : How William Playfair Invented Graphs by Helaine Becker (ill. by Marie-Eve Tremblay). 9781771385701. 2017. Gr 1-4.
William Mayfair had tried several careers but never received the fame and success he wanted. Then, when writing a book on the confusing subject of economics, he came up with using a line graph to explain the issue. He later designed the first bar chart and pie chart. These graphs make it easier to understand and remember numerical information.

The Music of Life : Bartolomeo Cristofori & the Invention of the Piano by Elizabeth Rusch (ill. by Marjorie Priceman). 9781481444842. 2017. Gr K-3.
Musician Bartolomeo Cristofori was frustrated that keyboards in his day could play either loud or soft, but there was none that could do both. So he created the pianoforte—or, as we know it today, the piano.

Where Will I Live? by Rosemary McCarney. 9781772600285. 2017. Gr 1-4.
One of the biggest fears of children who have been forced to leave their homes is where they will live. This book tries to help non-refugee children understand how this must feel—and that they are lucky not to have to experience this.

125 Pet Rescues : From Pound to Palace : Homeless Pets Made Happy! 9781426327360. 2017. Gr 4-6.
Pet stories are always popular, and especially heart-warming stories of rescued animals. Here are 125 stories of all types of homeless pets that found a home and someone to love them.

The Amazing Crafty Cat (Crafty Cat, Book 1) by Charise Mericle Harper. 9781626724860. 2017. Gr 1-3.
Today is Birdie’s birthday, which means everything at school will be perfect—until it isn’t. Disaster strikes when she trips and crushes her birthday cupcakes on the way to school. Only Birdie’s alter ego, the Amazing Crafty Cat, can save the day.

CatStronauts : 1 : Mission Moon by Drew Brockington. 9780316307475. 2017. Gr 2-5.
World-wide blackouts are plaguing the Earth, and only the CatStronauts—Major Meowser, pilot Waffles, the genius Blanket, and science officer Pom Pom—can make it to the Moon in time to set up a hyper-advanced power plant.

Moto and Me : My Year as a Wildcat’s Foster Mom by Suzi Eszterhas. 9781771472425. 2017. Gr 2-4.
Eszterhas, a wildlife photographer, fosters an orphaned baby serval. Through her story and her photos, she relates how she took care of the small, spotted wildcat and trained him to survive on his own in the wild.

Newton’s Rainbow : The Revolutionary Discoveries of a Young Scientist by Kathryn Lasky (ill. by Kevin Hawkes). 9780374355135. 2017. Gr 3-5.
This picture book biography describes of Isaac Newton describes his boyhood interest in the natural world and his path to become a scientist who changed our view of the world and of science.

Shell, Beak, Tusk : Shared Traits and the Wonders of Adaptation by Bridget Heos. 9780544811669. 2017. Gr 3-6.
Heos explains the concept of convergent evolution—where animals that aren’t on the same family tree have important survival traits in common.

Stormy Seas : Stories of Young Boat Refugees by Mary Beth Leatherdale & Eleanor Shakespeare. 9781554518968. 2017. Gr 3-5.
Today they are refugees from Syria. In World War II they were Jews trying to escape the horrors of Nazi Germany. In the 1960s they were running from the war in Vietnam. Stormy Seas tells the stories of five young refugees who took to the seas to try to reach safety.

Super Women : Six Scientists Who Changed the World by Laurie Lawlor. 9780823436750. 2017. Gr 4-6.
These six women not only made scientific advancements, but also became socially significant by creating new pathways into what had formerly been “men only” fields.

You Talking to Me? by Catherine Ham & Anthony Owsley. 9781633221550. 2017. Gr 4-6.
When we talk about communication, we think first of speech, but did you know that there are over 7000 human languages? In addition to explaining how languages develop, this book discusses the many ways humans and animals communicate with each other.

Curious Constructions : A Peculiar Portfolio of Fifty Fascinating Structures (Uncommon Compendium) by Michael Hearst & Matt Johnstone. 9781452144849. 2017. Gr 4-7.
Read about marvelous—as in you’ll marvel at these—structures, from the familiar and old (Great Wall of China) to the lesser-known and contemporary (a life-size X-Wing starfighter built out of Legos). After reading this humorous look at amazing construction, you might want to try the others in the series, Unusual Creatures and Extraordinary People.

De-Extinction : The Science of Bringing Lost Species Back to Life by Rebecca E. Hirsch. 9781467794909. 2017. Gr 5-8.
Hirsch examines the possibility of using DNA of extinct animals to bring them back to life. She explores the pros and cons of “de-extinction” and why some scientists are opposed to it while others think it could be great for the ecosystem.

Eye of the Storm : NASA, Drones, and the Race to Crack the Hurricane Code (Scientists in the Field) by Amy Cherrix. 9780544411654. 2017. Gr 5-8.
Learn how NASA’s Hurricane and Severe Storm Sentinel (HS3) mission uses a repurposed military drone to fly over hurricanes and learn the cause of hurricane intensification.

The Great American Foot Race : Ballyhoo for the Bunion Derby! by Andrew Speno. 9781629796024. 2017. Gr 6-10.
The Roaring Twenties was a time of excess—dance marathons, pole sitting, and record breaking were popular. After Lindbergh’s transatlantic flight, 100 men set off on a transcontinental footrace from California to New York City.  Speno follows the men who pushed themselves to the limits in what is known as the Bunion Derby.

Audubon, On the Wings of the World by Fabien Grolleau & Jeremie Royer. 9781910620151. 2017. Gr 9-12.
This graphic novel biography of naturalist and painter John James Audubon narrates his passion for nature as he travels through the unexplored wilderness of America, studying (mostly) birds both familiar and unknown.

Double Bind : Women on Ambition by Robin Romm. 9781631491214. 2017. Gr 11-Adult.
Professional women relate their experiences and the lessons they learned as they struggled with their ambition to succeed despite their gender. Romm has included women of color, immigrants, and women who wish to start a career in stereotypical “male” professions.

Racial Profiling : Everyday Inequality by Alison Marie Behnke. 9781512402681. 2017. Gr 8-12.
Research and personal stories explore the history, the many manifestations, and the consequences of racial profiling in the United States.

Vincent and Theo : The Van Gogh Brothers by Deborah Heiligman. 9780805093391. 2017. Gr 9-12.
Drawing on hundreds of letters exchanged between Vincent Van Gogh and his younger brother, Theo, Heiligman presents an intimate portrait of the bond between the two. She uses extensive quotations pulled from their correspondence, combined with black-and-white reproductions of Vincent’s work. I expected to find this book interesting; I did not expect to fall in love with both of brothers. This is an excellent example of narrative nonfiction. 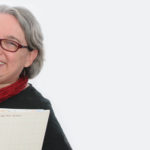 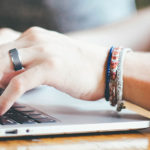