Though it is difficult to believe, prolific children’s author Dan Gutman was not a fan of reading when he was younger. Well, that might be putting it mildly.

“I hated to read when I was a kid! I thought reading was boring and hard to do. My parents were big readers, so I guess they were pretty disappointed. My mother used to buy me comic books hoping it would get me interested in reading. It didn’t really work.”

So what did work for this award-winning author of more than 100 books for young people? “Oddly enough, it wasn’t a ‘real’ author. It was Jim Bouton, a pitcher with the Yankees. I was a big baseball fan as a kid, and I was 15 when Bouton’s book Ball Four (World, 1970) came out. It was the first time I ever read a book in which the author simply spoke to the reader as if he was having a conversation. There was no flowery language, no fancy adjectives. It wasn’t ‘literature’ like all those books I was SUPPOSED to like. I loved it. I got the same feeling when I started reading Kurt Vonnegut in high school.”

After high school, Gutman headed to Rutgers University to study, of all things, psychology. “Writing always came naturally to me. I remember seeing the other kids in school struggle to put a sentence together or write an essay. With me, it just flowed; but it never occurred to me that I could write as my profession until the end of college.

“I was a total failure writing for grownups! It wasn’t working for me. As soon as I started writing for kids, I said, ‘THIS is what I’m good at! This is what I should have been doing all along!’”

“Just for the fun of it, I wrote a short article titled ‘How To Be Cool’ and submitted it to the Rutgers newspaper. They printed it, and the next day I saw students all over campus reading my article and telling me how much they liked it. That was powerful and a big ego trip, too! I think it planted a seed in me to try writing professionally. But I never took any writing classes in college.”

That initial writing success was enough to convince Gutman that he wanted to be a writer. So, for the next several years, Gutman tried his hand at various styles and tasks. He wrote screenplays, essays, and magazine articles as a freelancer. And although he did sell some of his pieces, he never really found his place. “I wasn’t earning a living, and I wasn’t good at playing the game: hustling for assignments, making connections, and all the business aspects of being a professional freelance writer. So basically I spent 16 years figuring out what to do with my life.”

“I started blending fact and fiction together after my book The Kid Who Ran For President (Scholastic, 1996). I thought the book was just for laughs, but schools all over the country started using it to teach kids how the government runs, how constitutional amendments are passed, and so on. So I started slipping interesting facts into all my books, and hopefully kids learn something without even realizing it while they think they’re just reading a cool story. Sometimes that’s the best way to learn.”

When his son was born in 1990, Gutman began reading a lot of children’s books. What he found did not impress him. “I didn’t think they were very good. I thought I could write better than that. Because nothing else was working for me, I decided to give children’s books a shot.”

“I like to think I have the brain of a 10-year-old, and I really have a good sense of what kids want to read. So when publisher after publisher was rejecting my first baseball card adventure, Honus & Me (HarperCollins, 1997), it wasn’t hard to convince myself that they were wrong. I just knew that kids would like the story, and I’m glad I didn’t give up on it. When I visit schools and talk to kids, I bring along those rejection letters and show them off. I tell the kids that Honus was rejected by 10 publishers over the course of two years, but I never gave up on it. Hopefully kids will get the message that everybody encounters obstacles in their lives, and we can overcome those obstacles and become successful.”

“I try to write like I am having a conversation with the reader. A lot of kids seem to like that style—especially reluctant readers. I relate well to those kids because I was one.”

“I really don’t know if studying psychology for six years helped my writing or simply delayed my career for six years. I never felt like I learned very much about what makes people tick, which is a big reason why I stopped studying psychology. The one thing I did learn was how we human beings crave novelty, and that has impacted my writing. I figured out how to hold the reader’s attention by taking him or her on a roller coaster ride from page to page. I learned to constantly surprise the reader so he or she cannot get bored.” 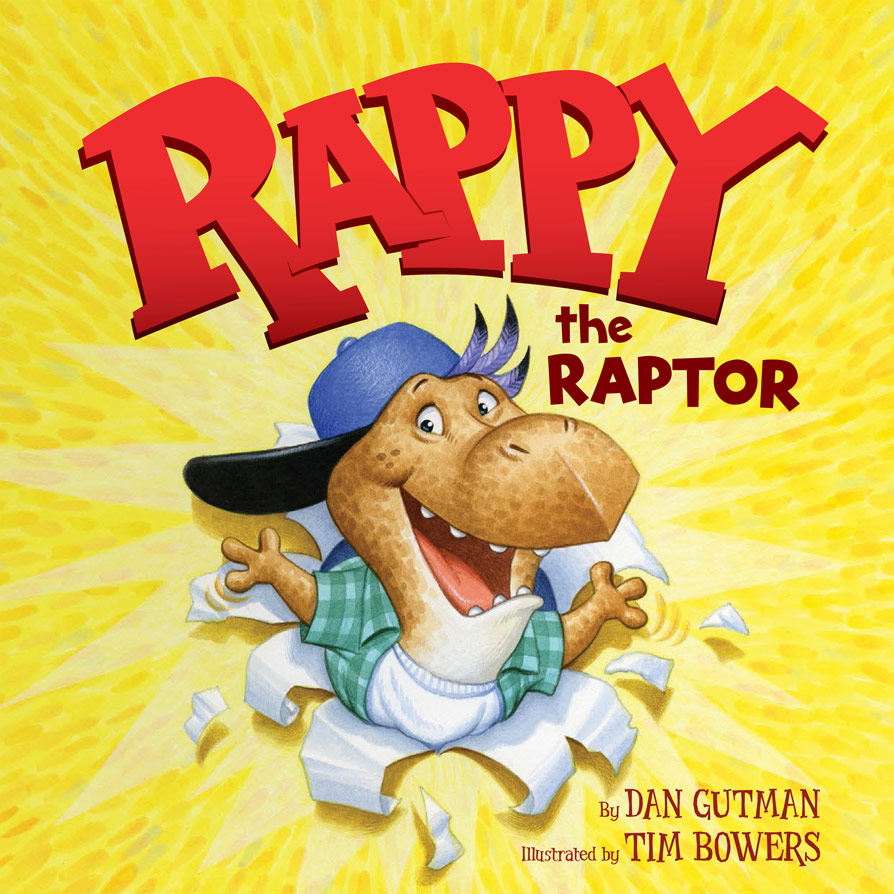 With a variety of series like The Genius Files (HarperCollins), the Baseball Card Adventures (HarperCollins), and My Weird School (HarperCollins) that are full of travel, sports, and alien encounters, young readers definitely have no chance of getting bored. But these series have ended. What is next?

“Now that The Genius Files is finished and the Baseball Card Adventure series is finished, I’m working on a new series called Flashback Four (HarperCollins). I have always loved photography, and this series is about four time-traveling kids who go on missions to take photographs of historical events that were never photographed when they actually happened. For instance, you’ve never seen a photo of Abraham Lincoln delivering the Gettysburg Address. It’s not that photography didn’t exist in 1863. The thing is that the Gettysburg Address only took two minutes to deliver, and the photographers who were there that day didn’t have time to set up their big, bulky cameras. So I’m sending these kids back to 1863 to get that shot. 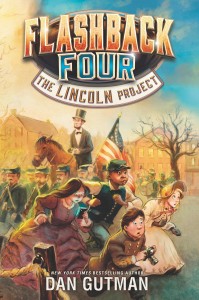 “The first Flashback Four book, The Lincoln Project (HarperCollins, 2016), is done. Now I’m working on the second one, in which they have to go back to April 1912 and take a photo of the Titanic as it’s sinking. I’m also working on a picture book for younger readers called Rappy the Raptor. It’s about a dinosaur who raps.

“My goal is for that boy or girl to look up after reading for a few hours and say, ‘Wow, that didn’t even feel like reading! It felt like I was watching a movie in my head.’” 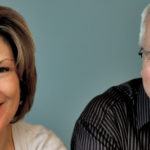 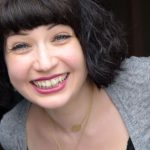