“Until seventh grade, I did not read. I hated reading,” says Mark Fearing, an award-winning author/illustrator. “In seventh grade, my teacher brought me a copy of Ursula K. Le Guin’s A Wizard of Earthsea and said ‘Read this.’ I thought it would be all dungeons and dragons, but I read it and loved it. I even drew pictures about the story and made maps! The wonderful lyrical way she wrote about nature really spoke to me, and I still reread it every couple of years. Strangely enough, her grandson was in my daughter’s class last year!”

And that is how life is with Mark Fearing. He is not the traditional, introverted book-loving writer and artist many expect to meet within the children’s picture book genre. Rather, his life reflects eclectic interests interwoven with threads of work and home life and a mix of past, present, and future opportunities. A stay-at-home dad of one daughter and two dogs, he finds the balancing act between dad, husband, author, and illustrator to be grueling; but he is doing what he loves, and that is where he finds his reward.

“Reading is the basis of critical thinking and how we build our culture. The battle is to keep kids reading. Let them find things that excite them and that they want to read. Take them to book events, and encourage them to break away from screens and video games and spend some time with a book.”

Fearing grew up in the rural Minnesota town of Scandia. His father was an editorial cartoonist for the St. Paul Dispatch(now known as the Pioneer Press) for 40 years, so it was only natural for the younger Fearing to be regularly exposed to writing and drawing. “I liked to write; I liked to draw, but I never really knew what particular part I enjoyed more.” When it came time for college, Fearing decided to be a theater major. Then he switched to ancient art history, and then to comparative literature. After pursuing several different academic paths, Fearing graduated with a Bachelor of Fine Arts degree from the University of Wisconsin, Madison.

Upon graduation, Fearing worked as a freelance illustrator before moving into the advertising world as a designer. “During that time, I was trying to make a living in advertising, but I was also submitting books. They just kept getting rejected. Once I got a letter back from an editor saying that my book was interesting and he would like to see it again if I reworked it. I was very excited because the other letters had completely shut me down. So I made the changes and sent it back. About a month later, I got a note saying the editor had left and the company was no longer interested. I decided that books were not in the cards, and I happily kept doing interactive design.”

Shortly thereafter, Fearing moved to California where he worked for design firms doing illustration and animation for Apple and for Sony. As he worked on design projects and converting TV game shows into interactive games, he continued to write and draw on his own. (He also met his wife who was writing the first online version of JEOPARDY! while he worked as the art director for the project.) “I was getting really bored, so I took a class from Marla Frazee at the Art Center in Pasadena. It just completely reminded me what I loved doing: drawing and writing, NOT designing game shows.”

After a year in graduate school and a stint at Disney, Fearing and his wife and their new baby moved to Portland, Oregon. Shortly thereafter, Tricycle Press called and offered him the opportunity to illustrate The Book That Eats People (2009). “I thought it was different and strange and funny. That was my introduction to getting a ‘real’ book out there.” Since then, Fearing has continued to illustrate the work of others, such as How Martha Saved Her Parents from Green Beans (2013, Dial). “I really liked this one right away. I loved the manuscript. As I was reading it, so many ideas popped into my head. David LaRochelle’s great, short descriptions allowed me to jump off and keep going.”

In addition to working as an illustrator, Fearing has also moved into writing and illustrating his own books. Most recently, his book Earthling! (2012, Chronicle Books) was published and is already winning awards. “I just found out that Earthling! was named the winner in the graphic novel category in the Spirit of Oregon Book Awards for 2012. This is an award given by the Oregon Council of Teachers of English.”

Fearing continues to write and illustrate books, full time, and does animation projects on the side occasionally. Currently he is working on several graphic novels, a couple picture books, and a middle-grade novel. Books soon to be released include A Very Witchy Spelling Bee (August 2013, Harcourt) by George Shannon and The Thanksgiving Breakout (2014, Candlewick). 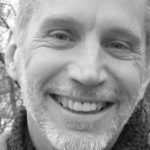 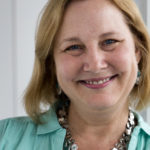