Lauren Stringer is a well-known illustrator of children’s books who began her creative adventures with crayons. “As soon as I beheld the wonders of what a crayon could do on paper, I wanted to be an artist.” Her desire led her to study art and history at the University of California, Santa Cruz. Stringer then continued her artistic journey as she developed her craft at the Whitney Independent Study Program in New York City. She later became the Artist-in-Residence at the Edward Albee Foundation and the Millay Colony for the Arts, Altos de Chavon, and Groveland Gallery.

For years, Stringer created and exhibited her work in galleries and museums and was even awarded the McKnight Foundation Fellowship for sculpture. She enjoyed designing sets and costumes for performance art, too. However, her creative path took a turn in the early 1990s when her good friend, Debra Frasier, introduced her to the world of children’s picture books. Frasier also took care to introduce Stringer’s work to Allyn Johnston, an editor at Harcourt Brace.

“Allyn had the courage to try me as an illustrator though I had no background in book illustration,” shares Stringer. “Our first book together was Mud, written by Mary Lyn Ray. We loved working together and have made many books together since.”

Since delving into children’s book illustration, Stringer has developed a ritualistic process for developing the art for each manuscript that comes to her. “I always write the story on a large piece of paper and hang it on my studio wall so I can refer to the story any time and never lose it among the growing piles of paper.” She uses a journal to capture all of her ideas for each manuscript, and she collects and pins images on her studio walls for inspiration.

“A great deal of time is spent sketching ideas,” says Stringer. “Piles of sketches and storyboards cover my drawing table. Usually it takes me four-to-six months to sketch out the full ‘dummy book,’ then six-to-eight months to paint the final illustrations for a book.”

An integral part of Stringer’s illustration process is research. “Research is required for all of the books I illustrate” Stringer acknowledges. “Whether I am watching my kids jump in puddles wearing their red rubber boots (Red Rubber Boot Day by Mary Lyn Ray), studying the structure of a snowflake (Snow by Cynthia Rylant), going through old family photos of my sister and me dressing up (The Princess and Her Panther by Wendy Orr), or teaching myself how to fold origami animals (Fold Me a Poem by Kristine O’Connell George), I can’t paint the story until I feel I know all there is to know about its subject.”

Stringer employed her research skills in earnest when she embarked on writing and illustrating her own book, When Stravinsky Met Nijinsky (Harcourt Children’s Books, 2013). “I wanted to write a picture book that could be read aloud to a young audience and did not want the voices of historians to drown out the rhythms and wordplay that was essential to the story.” To achieve this goal, Stringer wrote most of the story prior to conducting any research. Then, as she began sketching the illustrations, she collected historical details and images of the ballet, the dancer and the composer, Paris, and fashions of the early 20th century. “The pictures and research began to weave in and out of the rhythmic writing I had already begun, making a much more interesting story.”

Stringer’s book has been met with critical acclaim. It was awarded the McKnight Fellowship for Children’s Literature in 2012. This spring she traveled to France to present at the American School of Paris in celebration of the centennial of The Rite of Spring. And, her book will be featured next spring in a series of school and family concerts by the Minnesota Symphony—Stringer will read When Stravinsky Met Nijinsky live along with the orchestra performance and slides of the book’s illustrations.

In addition to her busy touring schedule for When Stravinsky Met Nijinsky, Stringer has made time to continue painting. “I have just finished the illustrations for a new book by Mary Lyn Ray (our third book together!),” says Stringer. “It is called Deer Dancer (Beach Lane Books) and will come out next spring. And I am traveling to Venice soon to work on a story I began two years ago set in that watery city. Stay tuned!” 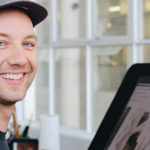 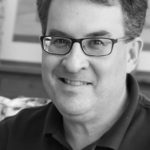