It is six o’clock in the morning, and Jon Klassen is lying awake. He knows he has to catch a plane shortly and must get moving to be ready for the taxi cab. Suddenly, the phone rings. On the other end? The Caldecott committee calling to congratulate him on This is Not My Hat (Candlewick Press, 2012) winning the prestigious 2013 Caldecott Medal.

With head spinning, he hung up only to have the phone ring again. This time it was the cab announcing its arrival. Quickly, Klassen prepared to head out the door when the phone rang for a third time. On the other end? The Caldecott committee calling to congratulate him on Extra Yarn (Balzer + Bray, 2012) being selected as a 2013 Caldecott Honor Book.

“I couldn’t figure out why they called again,” laughs Klassen. “Then it landed and I got it. But I had nothing clever and witty to say. You never say what you want to say.”

Klassen spent years in the animation world, contributing to major movies and music videos such as Coraline and U2’s I’ll Go Crazy if I Don’t Go Crazy Tonight. When he was presented with the opportunity to illustrate Cats’ Night Out (Simon & Schuster, 2010), he jumped at the chance.

“I’d been in animation for a long time. Because I was from film, books seemed like an amazing new thing with all kinds of things going for it,” Klassen says. “Film works in time; you control viewers’ time. With books, you can’t control the time. Viewers can look at the page for however long they want. It’s all about page turns instead of cuts.”

After Cats’ Night Out, an editor contacted Klassen to see if he wanted to illustrate books. He thought it sounded like fun and sent an illustration of a boy shining a flashlight down a stair case. In the beam of light, there was a doorway with the words, “’Down here,’ said the Dark.” According to Klassen, he had the visual idea but no story idea. The editor sent it to Daniel Handler (aka Lemony Snicket), and Handler wrote The Dark (Little, Brown Books for Young Readers, 2013) around Klassen’s graphic.

“A big reason why people eventually love reading is because they are active in the process. It is their job to put it all together.”

Klassen knew he wanted to fully enter the arena of books shortly after Cats’ Night Out. He liked illustrating books better than working on movies and was impressed with how natural the illustration work felt. “That’s what convinced me that I would have a lot of fun doing this.” But after creating the graphics for other people’s books, Klassen decided he wanted to branch out and try his hand at creating books.

“When I looked at books from when I was little, I saw they were very simple,” says Klassen. “I wanted my books to look like that. But if I simplified it for other authors, they may not feel the work was up to par. So I wanted to write one myself that I wouldn’t feel bad about going simpler with the pictures.”

Klassen’s work was immediately successful. His first solo project, I Want My Hat Back was chosen as one of the New York Times Best Illustrated Children’s Books for 2011. His second solo project, This is Not My Hat won the 2013 Caldecott. And his collaborative works have also received high accolades and awards. “I got kind of lucky that way.”

As an illustrator, Klassen trusts his readers to take away what they will from his work. Often there is a tension between the text and the illustrations since they need each other to convey the full idea. Klassen believes it is important to give kids the responsibility to figure out the message of the book and what message, if anything, the author and illustrator are trying to collaboratively convey.

“The most fun things to illustrate are the ones where pictures are necessary to get the story, so the pictures are not just decorations for the book. Kids get that even if they can’t vocalize it,” believes Klassen. “That tension makes it interesting and makes them feel like they are putting it together themselves. If the text and images have a certain separation, they feel like they are putting it together. And the narrator isn’t telling them to put it together, there is just the book and that is the whole point. You don’t leave unexplainable holes, but you leave it to the reader to interact with the book and decide what happened.”

Having achieved success in such a short time, Klassen is a wunderkind in the illustration and picture book world. So what is next? Another stolen hat book? “There is going to be another book,” Klassen reveals. “It is still vague as to what it will be. I would like there to be a third book that gives a nod to the first two, but not too overtly. I want the third to give a slight wink, but still stand alone on its own.” 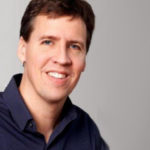 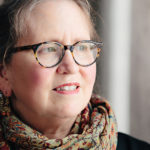