“Punching the Air”: A Fresh Pairing for “The Outsiders”

Like many middle school students, I was required to read S. E. Hinton’s The Outsiders. I hate to admit it now, but I hardly gave it a chance before I labeled it as a number of things that didn’t fit my parameters for reading enjoyment: it was a “book for boys,” it was “old,” and it was about gang violence (which didn’t fit my experiences in a small rural town).

Little did I know, one day I would be teaching Language Arts and encouraging my own seventh graders to engage with the very same novel.  I implored them not to make the same mistake that I did, and to give the book a solid chance before deciding that they wouldn’t like it. Of course, the irony of it all is that The Outsiders’ major theme is all about incorrect assumptions and stereotypes. We have all been labeled, stereotyped, and misjudged in our lives, and the novel also teaches a number of lessons about identity, belonging, conformity, injustice, rivalry, friendship, and family.

The Outsiders has been a staple of ELA curricula since the ‘70s, but it’s worth exploring modern pairings to engage students in different ways with the themes. If our goal in using whole-class novels is to study the literature in an immersive, community setting, then we should also seek to further engage students who might seek a book that relates more to them, their environment, or their time period. After all, some of our young scholars refer to the early aughts as “the olden days,” and they may wonder how they can relate to issues from the cultural climate of the 1960s.  With all of this in mind, I sought to find the perfect modern pairing to The Outsiders, and a book that hit all the marks was Punching the Air, by Ibi Zoboi and Yusuf Salaam. 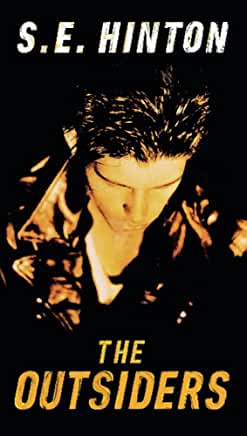 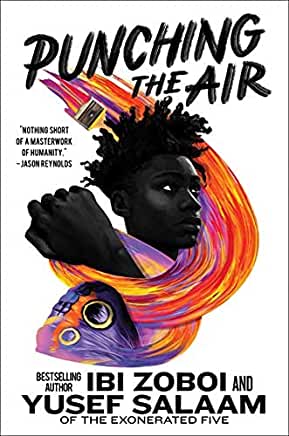 Punching the Air is a novel in verse, written through the eyes of Amal, a 16-year-old student at an arts-focused school. Amal gets caught up in a turf war, though he laments that his involvement was innocent: “Me and those other boys were just trying to go home.” Amal’s future unravels as he finds himself in juvenile detention, facing charges for a violent fight. He says, “I threw the first punch, but not the last — / I didn’t do it.” I found incredible similarities to the first turning point in The Outsiders, where Ponyboy and Johnny’s fight with the Socs leads to their exile.

In both novels, the language used to describe characters is worthy of deep discussion and analysis. Interestingly, a number of the same words and phrases are used in both The Outsiders and Punching the Air: mob, gang, ghetto, a pack of wolves, animals, thugs, hoodlums. The way a person can be described can sometimes be incongruous—Ponyboy calls his group a “gang” and “Greasers,” but it’s not okay for others to use the same labels. The guiding questions are, “What are the connotations of different labels we use?” and “How can labels be harmful?” These ideas are present in both titles. On the topic of language, educators should know that sensitive language (including several harsh swear words and the N-word), do appear in Punching the Air, but they are not overused just for a thrill factor, and are worthy of discussion in comparison to the dual connotations and language in the Outsiders.

The primary conflict in both books is centered on turf wars and rivalry, mainly based on wealth, though Punching the Air has a backdrop of racial tension and other conflicts. Socioeconomic comparisons also abound: “This was our hood, too / even though there / was this invisible line / that separated rich from poor…And I never knew never knew / that I’d have to use / a karate move / in real life / so close to home / on the other side / of an invisible / line.” The injustices in both novels showcase the plight of many teens around the world. Just like Ponyboy and Johnny get so angry that they are moved to tears because of the unfairness in their lives, Amal frequently “punches the air,” which represents his explosive anger at his world, his god, and his reality.

In a book pairing based on the idea of teen violence, what are the positive messages? In both stories, the main character connects and heals through art. Amal is a painter (and a spoken word poet), and Ponyboy connects through reading and writing. References to Black artists (Jean-Michel Basquiat, Romare Beardon, etc.) and musicians are featured throughout the book, providing opportunities for further enrichment, much like Ponyboy’s references to literature and pop culture of his own time period. As an added bonus, the structure of the verse novel itself adds another rich layer to the literary discussion that is not present in The Outsiders. This is a useful trade-off for the fact that Punching the Air does not have a robust cast of characters to analyze, like The Outsiders.

Both Amal and Ponyboy struggle—and come to terms with—their identities and how you can be more than one “thing” in life. As a teacher, this was always my favorite takeaway during our study of The Outsiders.  Amal describes everyone as “weird and free” at his art school, but also feels scrutinized by one teacher “because I didn’t fit / into her definition of weird / I was a different kind of weird.” Ponyboy takes advanced classes and skipped a grade ahead, but is judged harshly by his peers when they see his pocketknife and realize he really is a “Greaser.” We are all unique pieces of a puzzle and that make us undefinable; we are not bound by our labels in life.

Over the seven years I taught about Ponyboy and his gang of friends, many former students would tell me their favorite novel was The Outsiders. They often asked for recommendations on more books like it, and it always seemed a difficult task to find. Now, I would not hesitate to hand those students Punching the Air by Ibi Zoboi and Yusuf Salaam, or to pair or even replace the canon with this modern, thought-provoking novel in verse.

Isabelle Marinov and Deborah Marcero: Reaching for the StarsAuthor Interviews