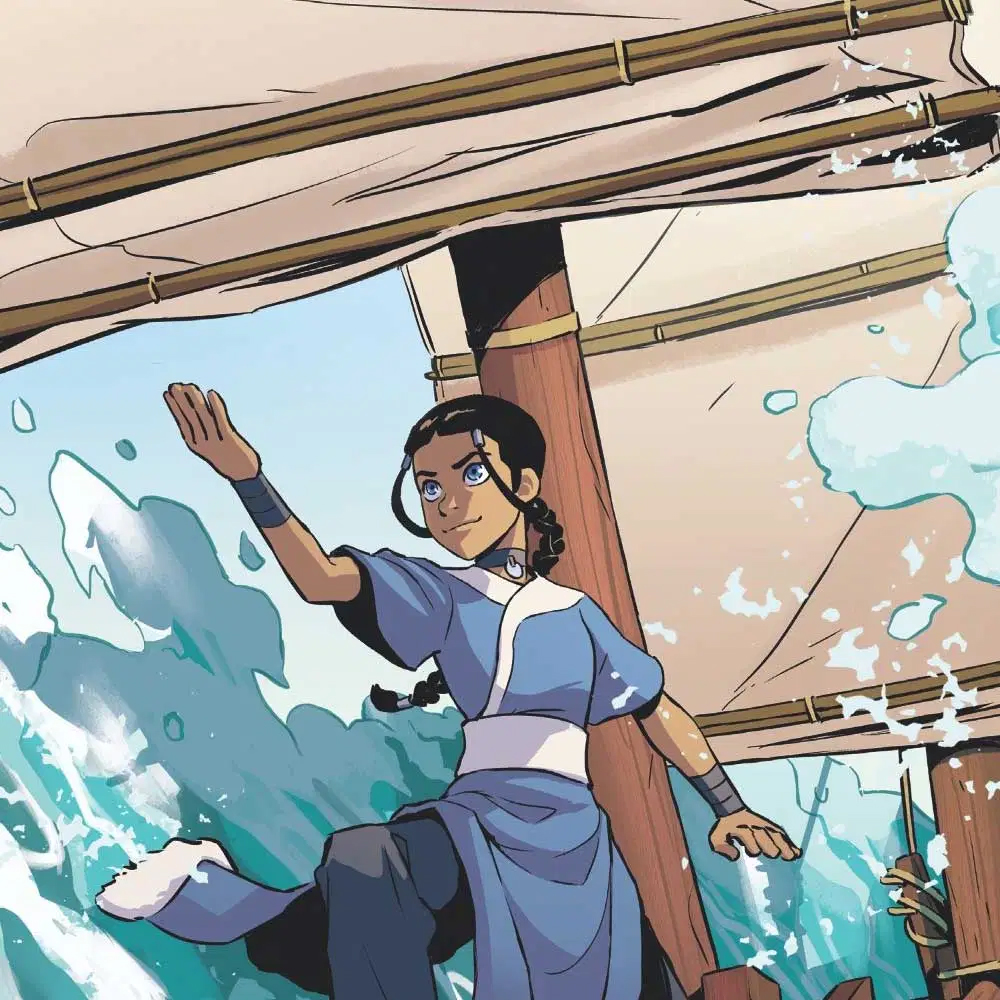 In my previous blog, “The Case for Comics in the Classroom,” I argued for comics as a valuable teaching tool in schools. Now, you might be asking yourself where to start.

Since the realms of comics are diverse, mysterious, and often untraveled by most mortals, it can be pretty overwhelming if you haven’t ever read them before. To add to the general miasma of uncertainty, there are huge gaps in readerships and well, taste. What suits one might not suit another. Plus, what are kids even into these days?

Well, here are a few suggestions for where to start. These lists are organized by grade level and a common theme. However, each book is crafted differently and will appeal to different audiences. I recommend looking at grade level first, then theme, and finally narrowing down your choice by an art style that resonates with you. Hopefully something (or many things!) in this smorgasbord will catch your eye! 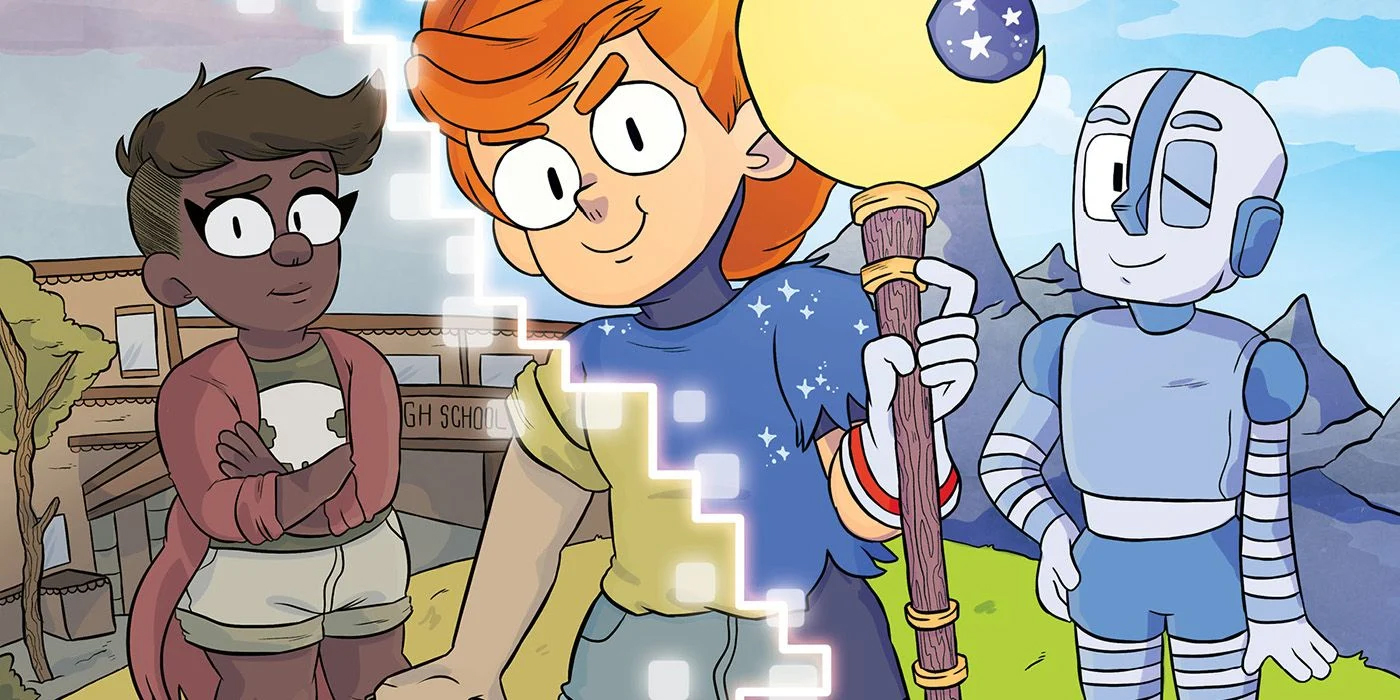 Action Presidents: 1: George Washington by Fred Van Lente
Before They Were Artists: Famous Illustrators as Kids by Elizabeth Haidle
One Dead Spy (Nathan Hale’s Hazardous Tales) by Nathan Hale
Black Heroes of the Wild West by James Otis Smith
Mr. Corbett is in Orbit (My Weird School Graphic Novel: 1) by Dan Gutman
Rocket to the Moon! (Big Ideas That Changed the World: 1) by Don Brown
Everything Awesome About Dinosaurs and Other Prehistoric Beasts by Mike Lowery
White Bird: A Wonder Story (Wonder) by R J Palacio
Science Comics: Cats: Nature and Nurture by Andy Hirsch
Pele: The King of Soccer by Eddy Simon
Jackie Robinson: Athletes Who Made a Difference (Athletes Who Made a Difference) by Blake Hoena
Natan Sharansky: Freedom Fighter for Soviet Jews by Blake Hoena
Boy Who Became a Dragon: A Bruce Lee Story by Jim Di Bartolo

What It Means to be Friends

Shop What It Means to be Friends Book List 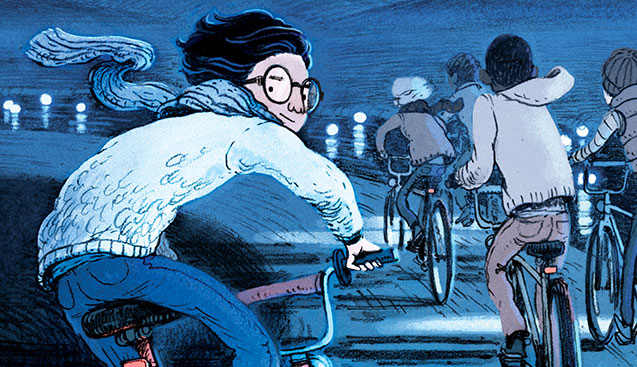 All About Fantasy and Discovering Yourself

Be Wary of the Silent Woods (Weirn Books: 1) by Svetlana Chmakova
This Was Our Pact by Ryan Andrews
City of Dragons: The Awakening Storm (City of Dragons: 1) by Jaimal Yogis
Compass South (Four Points: 1) by Hope Larson
Avatar: The Last Airbender: Katara and the Pirate’s Silver by Faith Erin Hicks
Avatar: The Last Airbender: The Rift Omnibus by Gene Luen Yang
Zatanna and the House of Secrets by Matthew Cody
Fantastic Tales of Nothing by Alejandra Green
Power Up by Sam Nisson
Through the Moon (Dragon Prince Graphic Novel: 1) by Peter Wartman
Kingdom Hearts III: 1 (Kingdom Hearts III: 1) by Tetsuya Nomura
The Rise of the Halfling King (Tales of the Feathered Serpent: 1) by David Bowles
Explorer: The Mystery Boxes (Explorer: 1) by Kazu Kibuishi
Miles Morales: Shock Waves by Justin A Reynolds
Amulet: 1: The Stonekeeper (Amulet: 1) by Kazu Kibuishi
Realm of the Blue Mist: A Graphic Novel (Rema: 1) by Amy Kim Kibuishi
Hooky by Míriam Bonastre Tur

Class Act by Jerry Craft
Yotsuba&! by Kiyohiko Azuma
My Neighbor Seki: 1 (My Neighbor Seki: 1) by Takuma Morishige
Go with the Flow by Karen Schneemann
Stepping Stones (Peapod Farm: 1) by Lucy Knisley
When Stars Are Scattered by Victoria Jamieson
Miss Quinces: A Graphic Novel by Kat Fajardo
Measuring Up by Lily Lamotte
All Together Now (Eagle Rock) by Hope Larson 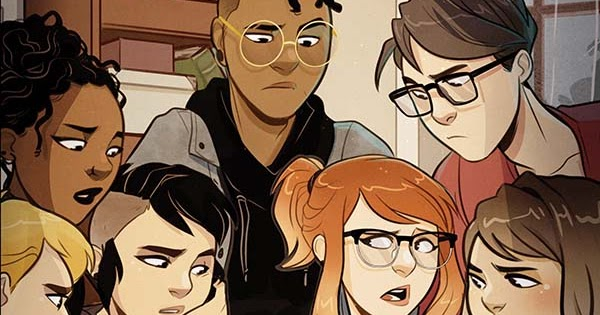 A New Kind of Hero

If you are ready to start reading now, you can also try digital options. Comics Plus is a great digital option for schools or libraries.

You can also take to the internet to look for comics (so many are online, a list of ones to check out would be never-ending). But you can start with sites like Webtoon, Patreon, or Tapas (all also available as apps). These platforms offer options which directly support creators. Or, if you’re really feeling adventurous, try browsing tags on Instagram, Twitter, Pinterest, Tumblr, or wherever else the kids hang out these days. The social platforms are full of emerging artists and authors, creatives of all kinds, and who knows, you might just run into the next big artist before they’re even published! *

*Please mind the maturity ratings of the sites. If you can’t find a rating system, or you feel otherwise uncomfortable, I advise simply moving on.

And finally, my last (and best) tip to find works of comics and pictures is to ask around! Ask your students (or your nerd friends!) what they are into.

Hopefully, this is an easy place to start with a fantastic and challenging medium. All of these titles come highly recommended, but personally MANY of these are books that are still on my list to read. But that’s just the amazing thing about literacy: There’s always something new to read!