What Do You Want to Be When You Grow Up?: Guest Post by Edward van de Vendel

If we could do a bit of time traveling and end up right next to the chair I’m sitting on, in a classroom, in, let’s say, November 1974 (I’m ten years old), and if we could ask my younger self what I want to be when I grow up, my answer (after having fallen off my chair) would certainly not have been “I’d like to be a writer.” Instead, I would have pointed to my teacher and said, “I want to do what he does.”

And so, I did. The first fifteen years of my working life I was an elementary school teacher, being surrounded by nine- and ten-year-old children for most of the time, having the best days of my life. I loved witnessing the excitement, the joy, the striving, the growing, the developing – I adored being close to the dancing fire that childhood often is.

Over the years, I wondered how I could become a better teacher. I guess I found out it’s not so much about numbers or achievements; it’s more about trying to create a light and safe environment for my pupils, a daily oasis of humor and humanity. With the help of the children themselves and of my colleagues, strengthened by both failures and successes, I came to a theory that helped me find my teaching path.

The theory went something like this: First, I asked myself who were the teachers that I had who made a difference in my life? What teachers do I still easily recall in a positive way? I came up with a few names. Then, I asked other people the same thing. Most of them brought up one, two, or three examples (hopefully we all have warm memories of some fantastic women or men). I found out that there are two things these outstanding educators all had in common: First, being in their presence, you felt they saw you. You felt you could trust them. Second, they were all a bit crazy.

Yes, they were. I’m convinced that none of the best teachers we knew were grey and dull. They all had something sparkly, something that made them stand out, something one-of-a-kind. And they didn’t hide that from us, which gave their teaching a sense of genuineness. They were open to our concerns and cared about our well-being, but they also granted us a spark of their own personality.

After ten years of teaching, I became an author as well, and I think the same theory applies to being a writer. If being an outstanding teacher requires both being open to children and blending in your personal quirks, then wouldn’t that apply as well for being a good children’s writer? I think it does.

Even though I love the fact that adults read my books as well (and I really hope they like them!), I feel with great conviction that I will never write books for an audience that has grown up. I’m continuously fond of the young world, of the realm in literature where enthusiasm and enchantment are king. This means that I want to stay close to the subjects that matter to kids. Maybe not to all of those subjects, which would be impossible. But I do think my books misfire when there are no children who want to carry them around with hugging arms. At the same time, I insist on being myself in my books. I want to be present in what I make. This means I will never write books about subjects that might be commercially interesting, but are not compelling for me. That would feel a bit cynical because I think children have the right to see my personal fascinations in my books. They have the right to see me. And themselves. But not just themselves.

So, I believe the best children’s book writers in the world show their uniqueness as well as their accessibility. Certainly, my writing idols do. Astrid Lindgren, Betsy Byars, Ivan Southall, Roald Dahl, Guus Kuijer and many more are the authors/teachers that I’d point to right now when someone from the future comes traveling to me and asks, “What do you want to be when you grow up?” I’d answer, “I want to be what they are. Both familiar and crazy.”

Buy Edward van de Vendel’s Books
Author CHILDREN’S BOOKS Education WRITER
What Do You Want to Be When You Grow Up?: Guest Post by Edward van de Vendel2021-01-182021-01-15https://www.mackincommunity.com/wp-content/uploads/2018/06/mackin-community-header-logo.pngMackin Communityhttps://www.mackincommunity.com/wp-content/uploads/2021/01/banner-edward-van-de-vendel.jpg200px200px
About
Edward van de Vendel
Edward van de Vendel has been a school principal, founder, and teacher. He has won many of the highest prizes for children’s literature in the Netherlands, including the Golden Kiss (an award for YA fiction), and the Silver Pencil (an award for picture books and Middle Grade). He lives in Rotterdam and travels widely. Follow Edward on Twitter at @edwardvdvendel. 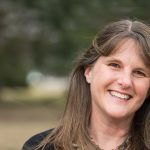 Kate Messner: The Grown-Up Version of “That Kid with a Million Questions”Author Interviews 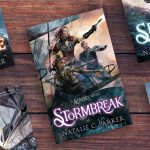 Creative Energy in the Midst of a Pandemic: Guest Post by Natalie C. ParkerBooks in Bloom