How to Transform a Library Into a Makerspace

Making learning more real for students allows them to learn better and changes the school culture.

In a recent edWebinar, hosted by edWeb.net, Michelle Luhtala, library department chair, and Donna Burns, technology integrator, both from New Canaan High School (NCHS) in Connecticut, showcased the transformation of the NCHS library from a collection of used reference and biography books into a living, breathing makerspace. Using mostly recyclable materials, equipment, and furniture, these educators are providing learning opportunities for students and teachers that have changed the school climate and culture. “Making learning more real for students allows them to learn better in a much more energized school,” said Luhtala.

Through a five-year radical book-weeding process from 2011- 2016, the NCHS library had eliminated all of the library’s free-standing bookshelves. This process created both an opportunity and a challenge for Luhtala and Burns to convert this newly created space into a makerspace. With minimal funding in the early stages of the makerspace, the duo salvaged discarded lab tables and art stools and recycled material from all areas of the school.

Although this space was optimal for student making, organization and storage issues became the prime concern in the second year of the makerspace. Luhtala and Burns rescued much-needed shelving from the elementary school and clamped the refurbished shelves together to create an 80-bin storage system that provided teachers and students easy access to the makerspace materials.

The third year was the most significant when the makerspace moved into a new area in the library. Windows and doors were removed to open up the entire space, teacher offices converted into soundproof video booths/virtual reality rooms, and the lower library furnished with flexible caster seating for double classrooms.

Collaboration is Key to a Better Makerspace Design

However, the most significant changes happened when the school district began to allocate funding previously earmarked for library books to the NCHS makerspace. Luhtala and Burns collaborated with the NCHS CTE interior design class on a design challenge project that focused on the makerspace overall area, materials, signage, and work stations while keeping spatial planning and traffic flow in mind. The students’ simple design became the inspiration for profound changes in the makerspace including rolling carts, foldable tables, whiteboard walls, and the reorganization of materials and supplies.

During the first year, the makerspace was stocked with basic craft and recycled materials such as butcher-block paper, markers, and LEGOs. By the second year, when the types of makerspace materials increased to 80, Luhtala and Burns painstakingly organized, labeled, and categorized these materials into alphabetized bins. However, they began to think about not only the organizational part of these materials but how to get students to plan their projects before they came to the makerspace. By creating a worksheet template, students spend less time deciding on materials and more time on making. They also wanted to encourage students to take ownership of the space and put elements back in an organized manner. Larger labels were put on material bins, supply carts got wheels, and installed pegboards were hung with frequently used materials such as pencils, erasers, scissors, and paper. By organizing the materials by workflow, such as coding, circuitry, and electronics; needlecraft; and 2D and 3D elements, Luhtala and Burns discovered that the materials used the least amount of time were the most expensive materials.

The NCHS library is used every period as classroom space, and students with free periods stop by to create in the makerspace. In the first year, the makerspace became a popular location for students to build dioramas, monster trucks, and child development sensory boards. However, it did not get much attention from teachers until that summer when NPR posted the NCHS makerspace edWebinar about a year in the life of a makerspace on its Facebook page. NCHS teachers began to explore the makerspace and the start of the second year brought more teachers and classes to the makerspace for whole-class making.

At end of year three, when Luhtala and Burns saw that coding, robotics, and circuitry workshops were a little bit elusive, they started experimenting with augmented and virtual reality and robotics. With a new “techxperts” one-credit course, students are empowered with leadership through independent projects and are running well-attended lunchtime workshops. One techxpert created a website that demonstrates coding and robotics resources for the classroom. This student-designed website communicates to the school community how the makerspace resources can be integrated into their curriculum.

Luhtala said that teachers are now bringing their classes to the makerspace with very intentional goals and revamping and redesigning classroom projects with high- and low-tech options. She emphasized that if a student or teacher is attracted to a makerspace idea, it is critical to feed that interest because it is usually a minimum investment and may spark the attention of other makerspace enthusiasts.

Michelle Luhtala is the library department chair at New Canaan High School in Connecticut and was one of five school librarians named as a “Mover and Shaker” by Library Journal in 2015. She is the winner of the 2011 “I Love My Librarian” Award and the Library Association’s 2010 Outstanding Librarian Award. The New Canaan High School Library won AASL’s National School Library Program of the year in 2010. Follow her on Twitter @mluhtala.

Donna Burns began her career in the East Haven (CT) Public Schools as an integrated language arts teacher. Next, she served several roles in the Bethel (CT) Public Schools including library media specialist, administrative intern, K-12 coordinator of computer science and library media, and social studies curriculum coordinator. Currently, Burns is a technology integrator and web content manager at New Canaan High School in Connecticut. She earned a Bachelor of Arts in sociology from Southern Connecticut State University and a Master of Science degree in instructional technology from Western Connecticut State University. In addition, she attended Sacred Heart University where she completed the Educational Leadership program and earned an Intermediate Administrator Certification and Certificate of Advanced Study in Administration. 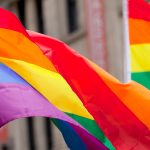