We are excited to have Kevin McCloskey as our guest author today.

When his first book, We Dig Worms, was published in 2015, I almost didn’t read it. Worms are gross! They haven’t always repulsed me; in fact, I thought they were fascinating when I dissected an earthworm in high school biology. I’m not sure why I feel differently about them. Having raised my own kids (and their friends and in daycare) should have made me immune to negative feelings about worms. I can’t begin to figure out how many times a small human would run up to me with a worm clasped in their hand, squealing, “Look! Look!” Blech! My disgust is especially surprising because, with two children who love animals, I had developed an easiness around—even a fondness for—reptiles and bugs.

Fortunately, I read We Dig Worms! and loved it!—though the page with the worms sticking their heads out of the lawn still creeps me out—and I have enjoyed all his books from TOON Books. His latest about snails is fun and informative. Read what Kevin McCloskey has to say about his inspiration and his process.

My wife Patt, a librarian, was the original muse for my book, We Dig Worms, but lately I’ve found inspiration in antique natural history prints.

I wrote We Dig Worms when Patt asked for an informational book to pair with worm fiction for her library story hour. She said it had to be “funny but true.” I painted worms on recycled paper bags because worms recycle and–well, I am pretty thrifty. The paper bag worm book was a hit with children and fellow librarians. I sent the project to TOON Books via email and within five hours got a return note from Françoise Mouly, editor, publisher, and art director. She said she loved it!  She noted the picture book format would need changes to fit TOON’s lineup of comic books for kids. Admittedly, it took months of revision and collaboration to turn my ragtag images into a cohesive book.

From the moment it was published in 2015, We Dig Worms got rave reviews and opened amazing doors for me. I’ve crisscrossed the country from the Franklin Institute, Philadelphia to the California Academy of Sciences with the book and a bucket of worms. I have presented countless worm races at elementary schools and libraries. You can try this yourself. Fear not! No worms are harmed! Drop a wiggly handful of bait shop nightcrawlers in the center of a circle and the first one to the edge wins. Winners and losers both get released into the vegetable garden. 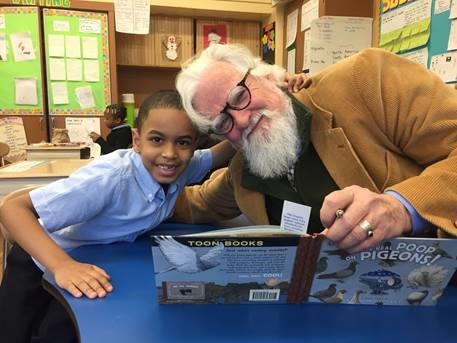 After Worms I sent TOON Books another idea, a work of fiction. Françoise suggested another ‘funny but true’ animal book would be a better follow-up to Worms. That led to The Real Poop on Pigeons, 2016, Something’s Fishy, 2017, and new this year, Snails Are Just My Speed. TOON dubbed my books the Giggle and Learn series.

I teach illustration at Kutztown University in Pennsylvania and collect antique prints. I have a few fine Japanese Ukiyo-e prints and Mexican political woodblocks, but most of my prints are inexpensive European and American chromolithographs. These often cost under $20. I scour online auctions for interesting images related to natural history. Sure, I could find most of these same images online, but I love the experience of physically holding the prints in my hands. I gaze at them, marveling at the colors and details. Holding actual prints on paper connects me to the great natural history illustrators of the past and our long heritage of print culture.

For Something’s Fishy, I found inspiration in an 1892 goldfish chromolithograph by American artist and scientist Sherman Denton. Denton was new to me but is known by collectors as “the Audubon of Fish.” With pigeons, I hit the jackpot with an extraordinary flock of prints from a 19th-century German encyclopedia. Portions of these antique images make their way into the pages of my books. 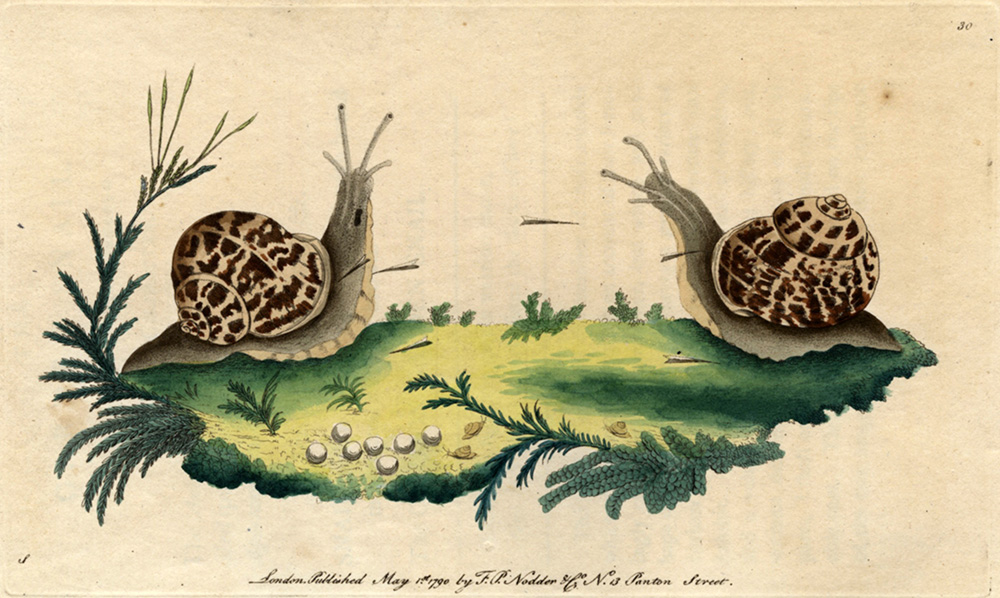 Print by Frederick Nodder, 1790, from the collection of Kevin McCloskey

During my visual research for Snails Are Just My Speed. I came across an absolutely stunning image, a copperplate engraving by Frederick Nodder, London,1790. Nodder drew two land snails dueling on a field of green and launching love darts through the air. A clutch of eggs and three baby snails appear in the foreground. I was absolutely mesmerized by this image. Love darts are a real phenomenon. This remarkable aspect of the snails’ mating ritual may be the inspiration for the ancient Greek myth of Cupid’s arrows.

I painted my own version of the dueling snails as a full-page illustration for Snails Are Just My Speed. Truth be told, this was my favorite page. As the project neared deadline, I got a note from TOON’s fact checker, Richard Kutner. Richard is a polymath: a former NYC school teacher; a translator and editor for Toon. He broke it to me gently. My love dart illustration was totally wrong! In the two centuries since Nodder’s print, scientists are now far better able to observe snails mating. In fact, snails do poke each other with love darts, but the darts never fly dramatically through the air. I was obliged to redraw the page.

As an illustrator I am keenly aware of the importance of pictures. Observe a beginning reader and watch their eyes drink in the images before they move on to the challenge of the text. Holding Nodder’s 1790 print in my hands I felt that sense of wonder. I try to share that visual thrill with young readers. I can’t blame Frederick Nodder, who labored at illustration before the advent of photography, for his imprecise depiction of love darts. I salute him and thank him for his inspiring work.

Richard also helped me clarify pages comparing the slow speed of snails to other animals. My research came from a variety of sources, which he double-checked. In some cases, the speeds were measured in kilometers or miles per hour, or feet or meters per second. It took a lot of math, but Richard and I managed to explain the comparative speeds in terms beginning readers might understand. When the earthworm says, “Me, I’m 50 times faster than a snail!” believe me, and my editors, that is a true fact! 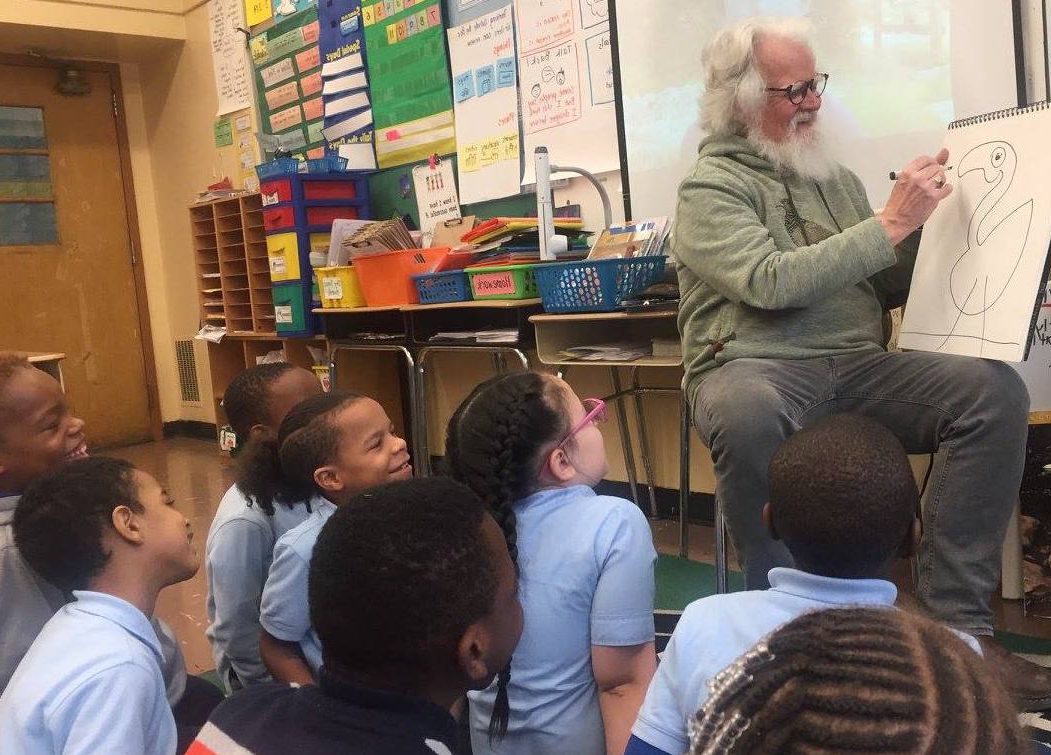 Françoise Mouly has told me more than once, “It is a myth that young children crave fantasy. Beginning readers want to know the truth–real things.”

Librarians tend to shelve my Giggle and Learn series in Nonfiction. I don’t care where they are shelved as long as they find readers. Personally, I think of my books as informational, rather than pure nonfiction. I mean, worms and snails can’t really talk, but when little creatures say something in my books, I want them to tell the truth! I want children to hold onto their love of truth and sense of wonder about the natural world. My books are silly things, but I like to think of them as illustrated stepping stones toward far more important books by authors like Rachel Carson and Charles Darwin. 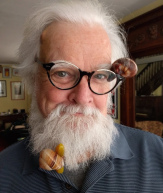 Kevin McCloskey, born in Rahway, NJ, is an author, illustrator, and professor at Kutztown University of PA.

He has travelled around the world and had a number of odd jobs. He was Santa Claus at Macy’s Herald Square store and a licensed street artist in San Francisco. His humorous illustrations have appeared in The Village Voice and The New York Times. He is best known for his Giggle and Learn series for TOON books. He blogs at www.illustrationconcentration.com . 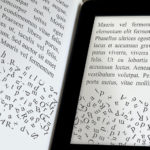