Great New Nonfiction Titles for May 2018

Take a look at these exciting nonfiction titles published in May. Enjoy and learn!

Adventures to School : Real-Life Journeys of Students from Around the World by Miranda Paul (ill. by Baptiste Paul). 9781499806656. 2018. Gr K-2.
This picture book illustrates how thirteen children from different nations travel to school each day by canoe, snowmobile, high-altitude cable car, rickshaw, subway train, horse, and foot. Each two-page spread describes the child’s journey and offers facts about his or her country.

The Brilliant Deep : Rebuilding the World’s Coral Reefs by Kate Messner (ill. by Matthew Forsythe). 9781452133508. 2018. Gr K-3.
This picture book biography of Ken Nedimyer, founder of the Coral Restoration Foundation, begins with his love of aquatic life as a child and through his efforts to grow corals in order to keep reefs from dying.

A Frog’s Life by Irene Kelly (ill. by Margherita Borin). 9780823426010. 2018. Gr PK-3.
There are many kinds of frogs living in many different habitats, and Kelly explains their life cycles, anatomy, behavior, and scientific trivia. Colorful illustrations are labeled, and back matter includes information on conservation of endangered species.

Fur, Feather, Fin : All of Us Are Kin by Diane Lang (ill. by Stephanie Laberis). 9781481447096. 2018. Gr K-2.
Fact-filled rhyming text offers readers an illustrated introduction to the animal kingdom, from insects to mammals, and through different seasons.

Little Helpers : Animals on the Job! by Michele Brummer Everett. 9780544879553. 2018. Gr PK-2.
Service animals provide more help than just leading bling people. They comfort people with PTSD or who are sick in the hospital, they warn people of imminent seizures or low blood sugar levels. And not only dogs provide services—monkeys, rabbits, cats, ferrets, llamas, pigs, and even turtles and snakes can be helpers!

Running on Sunshine : How Does Solar Energy Work? (Let’s-Read-and-Find-Out Science) by Carolyn Cinami DeCristofano (ill. by Giovana Meteiros). 9780062473110. 2018. Gr K-3.
Early readers will learn about the basics of solar power through simple text and colorful illustrations including charts, sidebars, an infographic, and a hands-on activity.

See How We Move! : A First Book of Health and Well-Being by Scot Ritchie. 9781771389679. 2018. Gr K-2.
Five young friends learn all about how exercise can keep their bodies and minds healthy and operating at peak performance as they train to get ready for the school’s swim meet.

Snails Are Just My Speed! (Toon) by Kevin McCloskey. 9781943145270. 2018. Gr K-2.
Kids will enjoy this illustrated exploration of snails that discusses their unique abilities, like building roads out of their slime like engineers, as well their life cycles, and fun gross-out trivia.

This Is a Taco! by Andrew Cangelose (ill. by Josh Shipley). 9781941302729. 2018. Gr 1-4.
A young squirrel named Taco starts this graphic novel as an informational nature book. But the realistic facts he offers soon turn to a hilarious effort to get tacos, ending with “Taco, the squirrel…is the natural predator of tacos.” Kids will be lining up to read this book.

The Truth About Dolphins : Seriously Funny Facts about Your Favorite Animals by Maxwell Eaton III. 9781626726680. 2018. Gr PK-3.
He’s given us the truth about bears and hippos. Now Maxwell Eaton III provides information and humor about dolphins, using cartoon illustrations and lots of (sometimes irreverent) facts.

Turtle Pond by James Gladstone (ill. by Karen Reczuch). 9781554989102. 2018. Gr K-3.
A boy and his family visit the local public gardens throughout the changing seasons to spend time with the turtles in the pond.

Water Land : Land and Water Forms Around the World by Christy Hale. 9781250152442. 2018. Gr PK-2.
This book introduces landforms and water masses with minimal text (one word on each spread) and artwork showing diverse people interacting with the environment. Die-cuts add interest, and back matter provides illustrated definitions of each term.

Belle’s Journey : An Osprey Takes Flight by Rob Bierregaard (ill. by Kate Garchinsky). 9781580897921. 2018. Gr 2-5.
The author, a scientist, put a satellite transmitter on an osprey named Belle in order to study her movements. He followed her journey from her birth in a nest in Martha’s Vineyard through her first migration, during which she travels alone nearly 4,000 miles from Massachusetts to South America.

Flying Deep : Climb Inside Deep-Sea Submersible ALVIN by Michelle Cusolito (ill. by Nicole Wong). 9781580898119. 2018. Gr 2-4.
Check out the deep-sea submersible the Alvin, which is famously credited with finding the Titanic wreckage in 1986. This picture book describes how Alvin works and the experiences scientists have exploring the bottom of the ocean.

Grandma Gatewood Hikes the Appalachian Trail by Jennifer Thermes. 9781419728396. 2018. Gr 1-4.
In 1955, after raising 11 kids, 67-year-old Emma Gatewood decided to walk the Appalachian Trail. She was the first women to complete the 2,160 miles and did it with simple canvas shoes and with few supplies. Back matter gives a more complete story of the difficulties of the Trail as well as the history of its development.

Mason Jar Science : 40 Slimy, Squishy, Super-Cool Experiments by Jonathan Adolph. 9781612129860. 2018. Gr 4-7.
Among the 40 projects and experiments described in this book are goo and slime, tornadoes, stalactites, a water prism, a lava lamp, and a compass. All of the projects are low-cost and can be completed using a Mason jar and a few other simple supplies.

Thomas Paine and the Dangerous Word by Sarah Jane Marsh (ill. by Edwin Fotheringham). 9781484781449. 2018. Gr 2-4.
Thomas Paine was supposed to work in the family business making corsets and other ladies’ undergarments. Fortunately, he met Benjamin Franklin, who brought him to the colonies in 1774, right before the American Revolution. He used his gift of persuasion in the pamphlet Common Sense, which advocated independence from England. This is a great biography of a poor immigrant who became what the author calls “America’s first best-selling author.”

The Top Secret History of Codes and Codebreaking by Roy Apps. 9780750298841. 2018. Gr 4-6.
Strange but true facts and real-life stories of codes from ancient times to computer codes today are described.

Write On, Irving Berlin! by Leslie Kimmelman (ill. by David C. Gardner). 9781585363803. 2018. Gr 1-4.
The son of an immigrant family escaping persecution in Russia, Irving Berlin arrived at Ellis Island when he was five and became one of America’s most well-known composers, writing many songs including “God Bless America.”

Bat Citizens by Rob Laidlaw. 9781772780390. 2018. Gr 4-7.
Laidlaw not only explores the biology, history, behavior, and habitats of bats, but also profiles the young people who work to conserve the bats’ environments.

Calling All Minds : How to Think and Create Like an Inventor by Temple Grandin. 9781524738204. 2018. Gr 4-7.
Inventor and autism spokesperson Temple Grandin explains the science behind popular inventions and provides tips and suggestions to help young inventors evolve their thinking and understand what it means to innovate.

Champions of Women’s Soccer by Ann Killion. 9780399549014. 2018. Gr 4-8. (Also Champions of Men’s Soccer, 9780399548987.)
This comprehensive guide gives a look at the history of the U.S. Women’s Soccer team from appearances in the World Cup to the Olympics. It features top ten lists and color photographs, and profiles a number of notable players such as Mia Hamm, Carli Lloyd, and Alex Morgan.

Globalization : Why We Care about Faraway Events (Inquire and Investigate) by Carla Mooney & Samuel Carbaugh. 9781619306646. 2018. Gr 7-9.
Examine the concept of globalization, including how technology, politics, and human rights around the world affect the global economy.

The Hyena Scientist (Scientists in the Field) by Sy Montgomery (phot. By Nic Bishop). 9780544635111. 2018. Gr 5-8.
Join female zoologist Kay Holecamp in Kenya as she presents her pioneering research on the physical traits, behaviors. habitat, and life cycle of the misunderstood hyena. She separates fact from fiction and discusses how the animal is nothing like what is depicted in popular culture.

More Deadly Than War : The Hidden History of the Spanish Flu and the First World War by Kenneth C. Davis. 9781250145123. 2018. Gr 7-10.
The Spanish flu broke out 100 years ago during the first world war. This global epidemic is described through the words of people who experienced it. Caught up in the war, military and government officials ignored the advice of doctors and scientists, making the flu deadlier than the fighting. The author also explains how a pandemic like this could happen again.

The Space Race : How the Cold War Put Humans on the Moon (Inquire and Investigate) by Matthew Brenden Wood. 9781619306615. 2018. Gr 7-9.
From the rise of Communism and strained relations between the U.S. and Russia through the ensuing competition for supremacy in space to Neil Armstrong setting his boot on the surface of the moon, Wood presents an informative story of the space race. Comics, photos, links to YouTube, and more make this an interesting addition to science and social studies units.

You Are Mighty : A Guide to Changing the World by Caroline Paul (ill. by Lauren Tamaki). 9781681198224. 2018. Gr 6-9.
Paul teaches younger readers how to be social activists by proving how impactful young people can be. She provides concrete ideas, such as simply changing one’s own habits, to making protest signs, and how to stage a sit-in. She also gives examples of young people who have engaged in each of these activist protests and highlights the potential results.

All the Dreams We’ve Dreamed : A Story of Hoops and Handguns on Chicago’s West Side by Rus Bradburd. 9781613739310. 2018. Gr 11-Adult.
Years after Shawn Harrington appeared in the documentary “Hoop Dreams”, he returned to his high school as an assistant basketball coach. He was taking his daughter to school when two gunmen opened fire on his vehicle, and Harrington was struck while trying to shield her. Over the next few years, more basketball players were murdered. Bradburd tells the story of one of America’s most violent neighborhoods.

Birds of a Feather : A True Story of Hope and the Healing Power of Animals by Lorin Lindner. 9781250132635. 2018. Gr 11-Adult.
Lorin Lindner wasn’t expecting to adopt a bird, but she did—two, in fact. Learning that many parrots needed new homes, she started a sanctuary for them. She also designed a program for homeless veterans in Los Angeles, many who were suffering from PTSD. She saw that the vets would often talk to the birds rather than to their therapists, and that strong bonds were forming between the parrots and the vets. And one of those vets was Lindner’s husband.

Courageous Women of the Vietnam War : Medics, Journalists, Survivors, and More by Kathryn J. Atwood. 9781613730744. 2018. Gr 9-12.
Read about the lives of sixteen women who served as medics, spies, battlefield helpers, and even disguised themselves as men and fought.

I Find Your Lack of Faith Disturbing : Star Wars and the Triumph of Geek Culture by A.D. Jameson. 9780374537364. 2018. Gr 10-Adult.
Geeks were fanatics about fantasy or science fiction or superheroes long before Star Wars premiered in 1977, but they had not yet become as open as they are today. Jameson explains the roots of geekdom, how and why Star Wars was so important to its becoming fashionable, and the spread of phenomena such as cosplay and fan fiction.

The Joe Shuster Story : The Artist Behind Superman by Thomas Campi & Julian Voloj. 9781629917771. 2018. Gr 10-Adult.
A graphic novel biography of the friendship between artist Joe Shuster and writer Jerry Siegel, the creators of Superman.

Upon Further Review : The Greatest What-Ifs in Sports History by Mike Pesca. 9781455540365. 2018. Gr 10-Adult.
Mike Pesca takes small events—such as plays, trades, injuries—from sporting events, flips them on their heads, and asks what would have happened if these things hadn’t occurred. The speculative essays in his book come from historians, sports columnists, documentarians, and even fans.

Weather : An Illustrated History : From Cloud Atlases to Climate Change by Andrew Revkin & Lisa Mechaley. 9781454921400. 2018. Gr 9-Adult.
This book examines 100 moments in history when humanity was deeply impacted by forces of nature. Examples range from events from billions of years ago covering theories related to mass extinctions and come forward into modern times as humanity deals with the consequences of global warming. 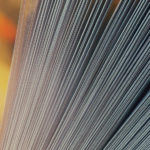 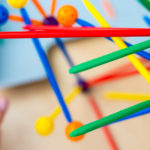