Take a look at these exciting nonfiction titles published in April. Enjoy and learn!

The Funniest Man in Baseball : The True Story of Max Patkin by Audrey Vernick (ill. by Jennifer Bower). 9780544813779. 2018. Gr K-3.
Minor league baseball player Max Patkin joined the U.S. Navy during World War II. While pitching for the Navy against Joe DiMaggio, Patkin earned a reputation as a clown and went on to a long career as a baseball clown, performing for nearly five decades.

How Raven Got His Crooked Nose : An Alaskan Dena’ina Fable by Barbara J. & Ethan J. Atwater (ill. by Mindy Dwyer). 9781513260952. 2018. Gr K-3.
This traditional Native American trickster tale, told by a grandmother to her granddaughter, is of Raven, who lost his nose and makes a replacement to use while searching for his old beak.

Nick the Sidekick by Dave Whamond. 9781771383554. 2018. Gr 1-4.
Nick, with supersized ears that give him powers, is recruited by Super Fantastic Guy as a sidekick. Jumping at the chance, Nick joins up with the crime fighter. However, Nick soon becomes frustrated that while he solves all the crimes, Super Fantastic Guy takes all the credit, and Nick becomes determined to be a true superhero on his own.

Peter & Ernesto : 1 : A Tale of Two Sloths by Graham Annable. 9781626725614. 2018. Gr 1-4.
Two sloths, Ernesto and Peter, look out over the jungle. While Ernesto is happy to see the world from the tree, Peter wants to explore on the ground. Peter leaves and goes on an adventure while Ernesto, worrying about his friend, stays behind. One day, Ernesto can’t wait for his friend any longer and decides to leave the tree to search but ends up having an adventure of his own.

Pride : The Story of Harvey Milk and the Rainbow Flag by Rob Sanders (ill. by Steven Salerno). 9780399555312. 2018. Gr 1-3.
This picture biography tells the story of how Harvey Milk’s activism led to the creation and use of the rainbow flag to show his dream that all people, even gay people, should have equality.

Terrific Tongues! By Maria Gianferrari (ill. Jia Liu). 9781620917848. 2018. Gr PK-3.
A series of simple, illustrated clues leads young readers to different animals and a description of their special tongue skills. The picture book also includes information on what the human tongue can do.

Whose Baby Butt? by Stan Tekiela. 9781591937838. 2018. Gr PK-2.
Color photographs of animals shown from behind invite young readers to guess what type of animal the bottom belongs to. Typical physical features and behaviors of each animal are also highlighted.

Abraham Lincoln’s Dueling Words by Donna Janell Bowman (ill. by S.D. Schindler). 9781561458523. 2018. Gr 2-4.
When Abraham Lincoln clashed with political rival James Shields, Lincoln wrote an anonymous letter to the newspaper that criticized and humiliated Shields. When Shields found out Lincoln wrote the letter, he challenged Lincoln to a duel. Lincoln stopped the duel and apologized, learning from his mistake and becoming a better person for it.

Chester Nez and the Unbreakable Code : A Navajo Code Talker’s Story by Joseph Bruchac (ill. by Liz Amini-Holmes). 9780807500071. 2018. Gr 1-4.
A young Navajo boy named Chester Nez attended a boarding school as a child and was taught that his culture and language were useless. Years later, he was recruited by the US Marines during World War II to use his native language to create an unbreakable military code. This picture book includes a time line, a portion of Navajo code, and provides a glimpse into life as a Navajo code talker.

The City on the Other Side by Mairghread Scott & Robin Robinson. 9781250152558. 2018. Gr 4-6.
The Seelie king is losing the war with the Unseelie court after his daughter and heir disappears. When Isobel is sent from her home in San Francisco to the country to stay with her not-so-observant father, she accidentally slips into the fairy world and is drawn into the fight between the two fairy courts.

The Colors of History : How Colors Shaped the World by Clive Gifford (ill. by Marc-Etienne Peintre). 9781682973400. 2018. Gr 4-6.
Gifford relates stories of how different colors and their shades have affected human history.

Fairy Spell : How Two Girls Convinced the World That Fairies Are Real by Marc Tyler Nobleman (ill. by Eliza Wheeler). 9780544699489. 2018. Gr 2-5.
In 1917 England, Elsie took a picture of her cousin, Frances, which captured images of a group of fairies that the girls insisted were real. For over sixty years, people referred to that photo as evidence that fairies exist, until the girls came clean about the hoax. The author examines how easily people can believe what they want to believe when it comes to the supernatural.

The King of the Birds by Alexander Utkin. 9781910620380. 2018. Gr 3-6.
In this series of tales from Russian mythology, the King of Birds, injured in a battle, is nursed to health by a merchant, and offers to give the merchant a reward for his kindness.

Look at the Weather by Britta Teckentrup. 9781771472869. 2018. Gr 2-5.
The author provides illustrated, lyrical observations on different aspects of weather—such as sun, rain, ice and snow, and extreme weather—and links together extreme weather with human activity.

Mighty Mission Machines : From Rockets to Rovers by Dave Williams & Loredana Cunti. 9781773210131. 2018. Gr 3-6.
From big rockets to little tools, astronaut Dave Williams takes the reader on a tour of all the equipment needed to help humans travel to and live in space.

Pirates : Dead Men’s Tales by Anne Rooney (ill. by Joe Wilson). 9781783122325. 2018. Gr 4-6.
Read about the lives of some of the most notorious pirates from all the Caribbean to North Africa to the China Seas. This fascinating book includes true tales, maps, and facts from the adventurous—but not very glamorous—lives of pirates.

The Promise by Pnina Bat Zvi & Margie Wolfe. 9781772600582. 2018. Gr 4-7.
Before they were taken away by the Nazis, Rachel and Toby’s parents gave them three gold coins and made them promise to always stay together. As they suffered through life in Auschwitz, they protected one another, until Rachel got sick and was taken away by the guards. To get her back, Toby risked his life and used the three gold coins to rescue her.

Trash Revolution : Breaking the Waste Cycle by Erica Fyvie (ill. by Bill Slavin). 9781771380782. 2018. Gr 3-6.
The author explores the life cycle of common items found in a child’s school backpack, breaking things down into categories such as water, food, clothing, paper, plastic, metals, and electronics. She also discusses ways to reduce, reuse, or recycle these items instead of throwing them away.

The Triumphant Tale of the House Sparrow by Jan Thornhill. 9781773060064. 2018. Gr 3-6.
Read about the complex history of the House Sparrow from ancient times to today, especially about its adaptability and how it spread around the world. The bird battled humans for food and because so overpopulated that countries in Europe and North America tried getting rid of it. The number of House Sparrows soon declined, but now there is evidence that the bird may be adapting once again.

Back from the Brink : Saving Animals from Extinction by Nancy F. Castaldo. 9780544953437. 2018. Gr 5-7.
Humans are responsible for endangering species, but their intervention has also helped to save seven endangered species, including whooping cranes, bald eagles, and wolves. Read about the causes of the dwindling populations, and the various recovery efforts that took place to improve the animals’ ecosystem.

Be Prepared by Vera Brosgol. 9781626724457. 2018. Gr 4-7.
Vera finds it hard to fit in with her well-off suburban friends, because she’s too Russian for them. So when she finds out that there is a Russian summer camp—and her mom can afford to send her there—she is sure she’ll feel comfortable there. But there she finds she’s not Russian enough, and she’s much younger than her tentmates, and the outhouses are atrocious! This graphic novel will resonate with anyone who has ever felt out of place.

Better Together : Creating Community in an Uncertain World by Nikki Tate. 9781459813007. 2018. Gr 4-7.
From childhood people make bonds with others in ever-growing communities.  In this latest book in the Orca Footprints series, Tate talks about different types of families, communities, and cultures, and expresses the need for people to get involved in order to make the world a better place.

Camp Panda : Helping Cubs Return to the World by Catherine Thimmesh. 9780544818910. 2018. Gr 5-7.
Explore the work that people do at Camp Panda to help raise and foster wild panda bears. The scientists and helpers are very careful to raise them as wild pandas so that they can one day return to the wild. The history of panda population and habitat destruction has also affected animals like the snow leopard and the golden snub-nosed monkey.

The Disappearing Spoon : Young Readers Edition by Sam Kean. 9780316388283. 2018. Gr 5-8.
This collection of true stories for young readers is related to chemical elements, including stories of why Gandhi hated iodine, how radium nearly ruined Marie Curie’s reputation, and how a little lithium cured poet Robert Lowell of madness.

A Journey Through Art : A Global History by Aaron Rosen (ill. by Lucy Dalzell). 9780500651018. 2018. Gr 4-8.
Go on a visual journey through many different cultures and their histories, investigating art from around the world, from Paleolithic cave paintings in Australia from 35,000 BC to sculptures and architecture in Rio de Janeiro today.

Library on Wheels : Mary Lemist Titcomb and America’s First Bookmobile  by Sharlee Glenn. 9781419728754. 2018. Gr 4-7.
Librarian Mary Lemist Titcomb (1852–1932) worked at the Washington County Free Library in Maryland—only the second county library in the country. Concerned that not enough people in the largely rural community had access to books, Titcomb began the first mobile library, which at her time was a horse-drawn book wagon. By 1922, mobile libraries had popped up all over the nation.

Mindful Me : Mindfulness and Meditation for Kids by Whitney Stewart (ill. by Stacy Peterson). 9780807551448. 2018. Gr 4-7.
The author presents a collection of tips and techniques to engage children in the practice of mindfulness and meditation, and Includes journal prompts and a glossary.

Scarlet Hart : Monster Hunter by Marcus Sedgwick & Thomas Taylor. 9781250159847. 2018. Gr 4-7.
Scarlett is determined to carry on her late-parents’ legacy of being among the best monster hunters of all time, even if the Royal Academy thinks she’s too young for the job. With her butler at her side, she sets out to track down one monster after another. But her parents’ archenemy, Count Stankovic, is determined to stop her or at the very least take the glory for himself.

Science Comics : Sharks : Nature’s Perfect Hunter by Joe Flood. 9781626727885. 2018. Gr 4-8.
Great for reluctant readers, this latest in the Science Comics series goes in the oceans to learn about sharks, their anatomy and behaviors, how they have adapted, and which one is safe to try to pet.

Boots on the Ground : America’s War in Vietnam by Elizabeth Partridge. 9780670785063. 2018. Gr 7-12.
Eight individuals who were on the ground during the Vietnam War tell their stories, which are accompanied by over 100 photographs that capture the intensity of the fighting, and the lasting impact of the horrors of a war that killed over 58,000 Americans.

Legendary Ladies : 50 Goddesses to Empower and Inspire You by Ann Shen. 9781452163413. 2018. Gr 7-12.
Stories of goddesses from cultures around the world celebrate strong women and encourage young women to empower themselves.

Life Inside My Mind : 31 Authors Share Their Personal Struggles edited by Jessica Burkhart. 9781481494649. 2018. Gr 8-12.
Thirty-one YA authors share personal stories discussing their own struggles with mental health issues detailing issues from ADD to PTSD, and how they work through their issues to achieve success.

The Plant Messiah : Adventures in Search of the World’s Rarest Species by Carlos Magdalena. 9780385543613. 2018. Gr 10-Adult.
Spanish botanist Carlos Magdalena travels the world searching out rare and highly-endangered plants to document and protect them from man-made ecological disaster. From the rainforests to the deserts, Magdelena tells stories from his trips abroad and reveals the secrets from the plants he studies, documenting why these plants are so important to save. 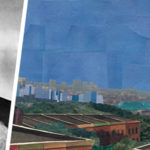 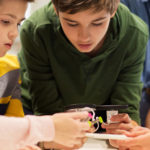