Lots of exciting nonfiction titles were published in November. Enjoy and learn!

Before She Was Harriet by Lesa Cline-Ransome (ill. by James E. Ransome). 9780823420476. 2017. Gr PK-2.
This picture book biography narrates the life of Harriet Tubman, as slave, conductor on the Underground Railroad, Union spy, and suffragist.

Many : The Diversity of Life on Earth by Nicola Davies (ill. by Emily Sutton). 9780763694838. 2017. Gr K-3.
Every day, more and more living organisms are discovered, and together they form an intricate, interwoven pattern. Human interference disrupts the working of the entire system. Davies and Sutton show how the destruction or extinction of one part has negative consequences for the earth as a whole.

Maple Syrup from the Sugarhouse by Laurie Lazzaro Knowlton (ill. by Kathryn Mitter). 9780807579435. 2017. Gr PK-2.
Find out how Kelsey, her family, and their friends make maple syrup from the sap of sugar maple trees.

Not So Different : What You Really Want to Ask about Having a Disability by Shane Burcaw. 9781626727717. 2017. Gr 1-3.
Shane Burcaw, author of a YALSA Excellence in Nonfiction honor award, answers direct questions about spinal muscular atrophy and his daily life for young readers.

Pinocchio Rex and Other Tyrannosaurs (Let’s-Read-and-Find-Out Science) by Melissa Stewart (ill. by Julius Csotonyi). 9780062490933. 2017. Gr K-3.
The fierce T-rex is one of the most well-known and popular dinosaurs, but he is not the only tyrannosaur. Co-author Steve Brusatte, a scientist, actually studied the Pinocchio Rex in China. This latest in a very worthy series discusses how the tyrannosaurs evolved, where other kinds of tyrannosaurs lived, and what it was like to discover a new dinosaur.

Who Am I? : An Animal Guessing Game by Steve Jenkins & Robin Page. 9780544935396. 2017. Gr PK-2.
Use clues about an animal’s characteristics and movements to guess what animal is being described. Then turn the page and find out if you were right! This book provides fun as well as information about animals, and is also a good choice for those learning to read.

A Child Through Time : The Book of Children’s History by Phil Wilkinson (ill. by Steve Noon). 9781465444936. 2017. Gr 4-6.
The lives of 30 children throughout history are portrayed to show readers how life was the same and different in other time periods.

Get the Scoop on Animal Blood! : From Great White Sharks to Blood-Squirting Lizards by Dawn Cusick. 9781633222274. 2017. Gr 4-6.
Animal blood is weird and fascinating, and what some animals can do with their blood is gross. Readers will learn about animals that suck blood, squirt blood, or have green blood, and so much more.

Once There Was a Story : Tales from Around the World, Perfect for Sharing by Jane Yolen (ill. by Jane Dyer). 9781416971726. 2017. Gr PK-4.
More than 30 short fairy tales, fables, and myths from around the world have been collected and retold by Yolen, who has added two of her own original stories.

This Chicken Is a T-Rex! : The Great Big Book of Animal Evolution by Roman Garcia Mora. 9788854411975. 2017. Gr 3-6.
Chickens don’t much look like the mighty T-Rex, but this book shows how the changes slowly happened. Other examples include how an elephant’s trunk came to look like it does, and why horses’ toes now are hooves.

Becoming Kareem : Growing Up On and Off the Court by Kareem Abdul-Jabbar & Raymond Obstfeld. 9780316555388. 2017. Gr 5-8.
In his memoir, legendary basketball player Kareem Abdul-Jabbar reflects on his childhood, career, conversion, and social reform.

Finding the Edge : My Life on the Ice by Karen Chen & Natalie England). 9780062822680. 2017. Gr 5-8.
US national champion figure skater, Karen Chen, shares her passion for skating from her childhood to achieving renowned success on the ice when still just a teenager.

Impact! : Asteroids and the Science of Saving the World (Scientists in the Field) by Elizabeth Rusch. 9780544671591. 2017. Gr 5-8.
Read about the science and scientists who study asteroids and meteors in order to help advance understanding of these space phenomena and to develop better tracking programs for them.

Life on Surtsey : Iceland’s Upstart Island (Scientists in the Field) by Loree Griffin Burns. 9780544687233. 2017. Gr 5-8.
In 1963 a volcanic eruption beneath the ocean created the Icelandic island of Surtsey. Explore the way plant and animal life has started to naturally populate the island, and watch scientists work while making the smallest possible impact on it.

Lifeboat That Saved the World by Irving Finkel. 9780500651223. 2017. Gr 4-8.
Ancient Mesopotamians told this story of a great flood that predates the Biblical story of Noah and the ark. This book not only relates the story but tells about how it was discovered and the ancient writing deciphered.

Maya Lin : Thinking with Her Hands by Susan Goldman Rubin. 9781452108377. 2017. Gr 6-10.
This biography of artist and architect Maya Lin focuses on her childhood, the creation of the Vietnam Veterans Memorial, and her acclaimed work since then. It also discusses Lin’s roles as an activist, a woman, and a minority.

Raid of No Return (Nathan Hale’s Hazardous Tales) by Nathan Hale. 9781419725562. 2017. Gr 4-7.
After the Japanese bombed Pearl Harbor during WWII, young American pilots carried out a dangerous, top-secret mission. Recruited to participate in a raid on Japan, the men didn’t expect to survive the mission. And the already dangerous mission was complicated when they were forced to launch the attack early. Told through graphic novel, this is the true story of the first time Army bombers were launched from an aircraft carrier.

When I Was a Turkey by Joe Hutto & Brenda Z. Guiberson. 9781627793858. 2017. Gr 5-8.
Joe Hutto chronicles how he cared for a clutch of wild turkey eggs until they hatched and imprinted on him, and then raised the flock of nearly two dozen turkey poults for two years. He describes what he learned about wild turkeys, and himself, in the process.

The Newcomers : Finding Refuge, Friendship, and Hope in an American Classroom by Helen Thorpe. 9781501159091. 2017. Gr 10-Adult.
Follow the lives of twenty-two immigrant teens throughout the course of a year at Denver’s South High School. These students attended a specially created English Language Acquisition class and were helped to adapt through strategic introductions to American culture.

Terrorism : Violence, Intimidation, and Solutions for Peace (Inquire & Investigates) by Carla Mooney. 9781619305922. 2017. Gr 7-12.
Discover the history of terrorism, including various forms of terrorism, its causes and effects, and the recruitment of terrorists. This book also discusses strategies to prevent terrorism and the capacity of people to hope and be kind in the midst of tragedy.

Victoria : Portrait of a Queen by Catherine Reef. 9780544716148. 2017. Gr 7-12.
This compelling biography tells the story of the tough and fascinating Queen Victoria. Her influential reign during a world of changes gave her name to an entire era.

What Does Consent Really Mean? by Pete Wallis & Thalia Wallis. 9781848193307. 2017. Gr 9-12.
This graphic novel portrays teens—girls and boys—discussing what exactly consent means after one of their fellow students was raped. 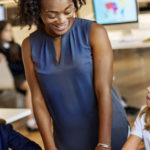