These exciting nonfiction titles were published in August.

ABCs from Space by Adam Voiland. 9781481494281. 2017. Gr K-2.
Similar to ABC : The Alphabet from the Sky, Voiland’s book finds the letters of the alphabet in planets, clouds, stars, and anything else you might see when you look up to the sky and beyond.

Droughts (Let’s-Read-and-Find-Out Science) by Melissa Stewart. 9780062386663. 2017. Gr 1-3.
This long-running and ever-excellent science series explains what droughts are, why they happen, how they affect people, and more.

Full of Fall by April Pulley Sayre. 9781481479844. 2017. Gr PK-1.
Fall is a magical time of year. As she did with Raindrops Roll and Best in Snow, Sayre explains the science behind the magic with her simple and graceful poetry.

The Girl Who Thought in Pictures : The Story of Dr. Temple Grandin by Julie Finley Mosca (ill. by Daniel Rieley). 9781943147304. 2017. Gr K-3.
This first book of a new series about the lives of amazing scientists presents the inspiring story of Temple Grandin.  Diagnosed with autism and not expected to ever be able to talk, Temple used her “problem” to help her relate to animals and become a powerful voice for more humane treatment of animals.

Hidden Dangers : Seek and Find 13 of the World’s Deadliest Animals by Lola M. Schaefer (ill. by Tymn Armstrong). 9781452134291. 2017. Gr 1-4.
Readers are encouraged to search through various habitats and find the 13 deadly creatures hidden in them as they learn about the animals’ survival techniques.

I’ve Got Feet! : Fantastical Feet of the Animal World by Julie Murphy (ill. by Hannah Tolson). 9781681521954. 2017. Gr K-2.
Readers will learn about adaptation through the variety of feet throughout the animal world.

Long-Armed Ludy and the First Women’s Olympics by Jean L.S. Patrick (ill. by Adam Gustavson). 9781580895460. 2017. Gr 1-4.
When Lucile “Ludy” Godbold won her college shot put competition, her coach convinced her to try out for the Women’s Olympics team in 1922. Though she won, she knew she could not afford to travel to France for the Games—until her college staff and students all chipped in. This well-done picture book biography covers a little-known athlete who overcame odds to follow her dream.

Masterpiece Mix by Rosie Munro. 9780823436996. 2017. Gr PK-3.
As a fictional author decides what to paint next, she considers 37 great works of art that use a variety of techniques, subjects, and genres. Her pondering leads readers on a search-and-find journey to those paintings and, at the end, to the author’s own cityscape which incorporates what they’ve all learned from the masterpieces.

Meditate with Me : A Step-by-Step Mindfulness Journey by Mariam Gates (ill. by Margarita Surnaite). 9780399186615. 2017. Gr PK-3.
Many schools are incorporating the practice of meditation into their daily routines. This fun guide can be used as an introduction to students new to the method, either at school or at home.

The World Is Not a Rectangle : A Portrait of Architect Zaha Hadid by Jeanette Winter. 9781481446693. 2017. Gr 1-4.
Zaha Hadid, a Muslim woman who grew up in Iraq, faced many obstacles in her dream of becoming an architect, but she succeeded. Now buildings she has designed can be found around the world.

Beauty and the Beak : How Science, Technology, and a 3-D Printed Beak Rescued a Bald Eagle by Deborah Lee Rose & Jane Veltkamp. 9781943978281. 2017. Gr 3-5.
After a wild eagle was shot, she was rescued and named Beauty. Her caretakers were a first worried about her fate, because the bullet had shot her beak off. Experts from several different fields worked together to design and print a 3-D beak. In addition to an account of Beauty’s rescue, this book also talks about the life cycle of eagles and their comeback from near extinction.

The Good Fight : The Feuds of the Founding Fathers (and How They Shaped the Nation) by Anne Quirk (ill. by Elizabeth Baddeley). 9781524700355. 2017. Gr 2-5.
The decision to fight for American independence was not with disagreements, squabbles, and downright feuding—and not just with the British! Besides giving a fresh, interesting, and humorous look at U.S. history, this book is important for teaching that debates—even heated ones—have a positive role in solving problems.

The Gross Cookbook : Awesome Recipes for (Deceptively) Disgusting Treats Kids Can Make by Susanna Tee. 9781492653158. 2017. Gr 3-6.
Especially good for Halloween parties, this cookbook is full of foods that look disgusting but taste surprisingly good. It also describes gross foods (such as fried tarantulas, fish heads, and wasp crackers) that are really eaten around the world.

Hedy’s Journey : The True Story of a Hungarian Girl Fleeing the Holocaust by Michelle Bisson (ill. by El Primo Ramon). 9781515769941. 2017. Gr 4-7.
As the Nazi party gains power, Hedy’s Jewish family flees from Hungary. Troubles they encounter force teenage Hedy to travel through Europe alone. This story is based on the problems faced by the author’s mother as she fled to the United States to escape the Holocaust.

The Man Who Loved Libraries : The Story of Andrew Carnegie by Andrew Larsen (ill. by Katty Maurey). 9781771472678. 2017. Gr 2-4.
Though a bit romanticized, this picture book biography tells an appealing rags-to-riches tale of a man spent much of his wealth building libraries throughout the world.

Ruth Bader Ginsburg : The Case of R.B.G. vs. Inequality by Jonah Winter (ill. by Stacy Innerst). 9781419725593. 2017. Gr 1-4.
R.B.G., as she is fondly known, became the first female Jewish justice on the Supreme Court and is known for her fight against injustices. I have read several biographies recently of this strong woman; this one stands with the best of them.

Strong As Sandow : How Eugen Sandow Became the Strongest Man on Earth by Don Tate. 9781580896283. 2017. Gr 2-4.
Friedrich Muller started out life as a puny weakling with a dream of become strong like the gladiators of old. After years of work, he changed his name to Eugen Sandow and became internationally known as the strongest man alive. He inspired people to keep healthy through exercise before it became popular. Author Tate also discusses his own interest in body-building.

The Water Cycle (Let’s Investigate with Nate) by Nate Ball (ill. by Wes Hargis). 9780062357397. 2017. Gr 2-4.
Nate Ball, host of PBS’s Design Squad, is portrayed as a cartoon scientist. He and a crew of curious kids shrink down tinier than a raindrop to explore the water cycle. A worthy colleague of Ms. Frizzle.

Don’t Read This Book Before Bed : Thrills, Chills, and Hauntingly True Stories by Anna Claybourne. 9781426328411. 2017. Gr 4-8.
Filled with real-life monsters, spooky mysteries, haunted houses, and more, this book is better than a horror story, because it’s all true! Give to those readers who like to be scared.

Exposing Hidden Worlds : How Jacob Riis’ Photos Became Tools for Social Reform (Captured History) by Michael Burgan. 9780756556181. 2017. Gr 6-9.
In his best-selling book, How the Other Half Lives, photographer Jacob Riis focused on the horrible living conditions that immigrants and poor people were forced to endure in the late 1800s. His photos led to reforms which have improved the situation, but have not eliminated the plight of the urban poor.

Journeys : Young Readers’ Letters to Authors Who Changed Their Lives edited by Catherine Gourley. 9780763681012. 2017. Gr 4-8.
In over 50 letters, young people from fourth to twelfth grades describe to authors how their books have changed their lives. The quality of the letters makes this an excellent choice for a creative writing class.

The Magician and the Spirits by Deborah Noyes. 9780803740181. 2017. Gr 6-9.
Most kids have heard about Harry Houdini and his amazing escapes, but most people don’t know about Houdini’s vendetta against spiritualism. Mediums were getting rich off heartbroken families by tricking them into thinking that their dead loved ones could speak through them at seances. Noyes’s story of Houdini’s feud against these fraudulent practices is fascinating.

Mars Rover : How a Self-Portrait Captured the Power of Curiosity (Captured Science History) by Danielle Smith-Llera. 9780756556419. 2017. Gr 5-9.
In the eyes of NASA scientists, the rover Curiosity is more than just a robot; it’s an astronaut. And the photos that it has taken of itself and of the landscape of Mars have raised as many questions as it has answered about the red planet.

Science Comics : Plagues : The Microscopic Battlefield by Falynn Koch. 9781626727533. 2017. Gr 4-8.
The Science Comics series uses an entertaining graphic novel format to provide information on a number of science subjects. In Plagues, readers will discover what critters have caused history’s worst plagues, how plagues begin and spread, and what can be done to prevent them. Even reluctant readers will be happy to learn from this series.

Wicked Bugs : The Meanest, Deadliest, Grossest Bugs on Earth by Amy Stewart (ill. by Briony Morrow-Cribbs). 9781616207557. 2017. Gr 4-8.
Hilarious illustrations add to the entertaining text about bugs that you really, really, really don’t want to meet and the fascinating (gross) things that they can do. (For adults and older students who want to learn more, check out Amy Stewart’s original adult title, Wicked Bugs : The Louse That Conquered Napoleon’s Army & Other Diabolical Insects.)

Writing Radar : Using Your Journal to Snoop Out and Craft Great Stories by Jack Gantos. 9780374304560. 2017. Gr 4-8.
Using his own background, Gantos encourages aspiring young writers to use their own experiences in finding characters and story ideas. He also provides advice on good writing habits, adding doses of humor to his warnings about the amount of work involved in the writing process.

Bernie Sanders Guide to Political Revolution by Bernie Sanders. 9781250138903. 2017. Gr 9-12.
Senator Bernie Sanders offers advice and encouragement to would-be activists on making a difference in policy and society. Though the senator ran for president on the Democratic party and his issues are left-leaning, all should be able to learn about making changes.

The Human Microbiome : The Germs That Keep You Healthy by Rebecca E. Hirsch. 9781467785686 2017. Gr 7-12.
Take a tour through the human microbiome from the history of microbial science and the development of antibiotics to the effects of antibiotic overuse and the nutrition on the bugs in our bodies.

Poe : Stories and Poems : A Graphic Novel Adaptation by Gareth Hinds. 9780763681128. 2017. Gr 7-12.
To his graphic adaptions of ancient mythology and Shakespeare, Hinds has now added the gothic poems and stories of Edgar Allan Poe. These even of Poe’s darkest and most well-known creations, as well as a short biography of the writer, should be recommended to fans of horror, of graphic novels, and literature teachers.

Wild Things : The Joy of Reading Children’s Literature as an Adult by Bruce Handy. 9781451609950. 2017. Gr 10-Adult.
Teachers, other adults, and even older teens look fondly back on their favorite childhood books. And all of them should enjoy reading about these books, the back stories of the authors and illustrators, and the reasons why they were motivated to create these particular stories.  A PW review (4/17/2017) compliments the book’s “breezy, friendly style.” 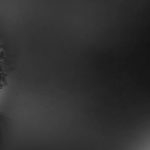