These exciting nonfiction titles were published in July.

Someone Like Me by Patricia MacLachlan (ill. by Chris Sheban). 9781626723344. 2017. Gr PK-3.
Beloved author MacLachlan describes the qualities and adventures she had as a child that led her to become a writer.

Magic Tricks with Coins and Everyday Objects by Jake Banfield. 9781682971512. 2017. Gr 3-5.
Author and magician Banfield shows readers how to do 50 different magic tricks using coins, rubber bands, playing cards, and other household items. He also explains how to put on a magic show and the importance of practice.

Marti’s Song for Freedom = Marti y versos por la libertad by Emma Otheguy. 9780892393756. 2017. Gr 3-6.
This bilingual picture book biography follows the life of Jose Marti. From a young age, Marti saw the slavery and injustice in Cuba. He realized that the island’s only hope for reform needed to begin with getting out from Spain’s rule and became an activist to accomplish this.

Say Yes : A Story of Friendship, Fairness and a Vote for Hope by Jennifer Castles (ill. by Paul Seden). 9781760294670. 2017. Gr 3-6.
This picture book describes events leading up to the 1967 Referendum which changed the laws in Australia regarding human rights.

Amazon Adventure : How Tiny Fish Are Saving the World’s Largest Rainforest by Sy Montgomery. 9780544352995. 2017. Gr 5-8.
Follow an expedition down the Amazon River as scientists discover how a small fish called the piaba effects the overall health of the river. It also describes the lifestyle of the native people, the wildlife, and conservation efforts.

Cells : Experience Life at Its Tiniest (Inquire and Investigate) by Karen Bush Gibson. 9781619305212. 2017. Gr 7-9.
In this STEM-focused title, readers will learn how scientists study the cell, which is called the building block al life, to learn more about health, forensics, agriculture, and more. The book includes hands-on activities as well as links to primary sources, videos, and websites that provide more information.

Our Story Begins : Your Favorite Authors and Illustrators Share Fun, Inspiring, and Occasionally Ridiculous Things They Wrote and Drew as Kids edited by Elissa Brent Weissman. 9781481472081. 2017. Gr 4-7.
The title pretty much tells it all.

Two Truths and a Lie : It’s Alive! by Ammi-Joan Paquette. 9780062418791. 2017. Gr 4-7.
We hear a lot these days about people not being able to differentiate real and fake items in the news. This book teaches kids to do just that with stories from science. Each chapter includes three stories on a theme, e.g. plants; two of the stories are true and one is false. Readers can guess which one is false, and the authors explain how to determine the accuracy and show that false statements often have a bit of truth in them. Excellent title!

1800s to today. She discusses women who blazed the trails for others, those who became Olympic stars and broke world records. Put this title in the hands of young female athletes, but it can also inspire any young person who is fighting their own personal battles.

Caesar’s Last Breath : Decoding the Secrets of the Air Around Us by Sam Kean. 9780316381642. 2017. Gr 10-Adult.
Sam Kean is well known for his informative and entertaining accounts of the history of research into DNA, chemicals, and the brain. Here he delves into the science of air and our atmosphere.

Seized by the Sun : The Life and Disappearance of World War II Pilot Gertrude Tompkins by James W. Ure. 9781613735879. 2017. Gr 7-12.
World War II pilot Gertrude “Tommy” Tompkins was the only one of thirty-eight confirmed or presumed dead “WASPs,” female pilots serving to transport planes across the country so they could be shipped out to either the Pacific or European theaters of the war. Her body has still not been found. This biography discusses her life from her early struggles with a stutter through her decision to become a pilot and her last-known location.

Sons and Soldiers : The Untold Story of the Jews Who Escaped the Nazis and Returned with the U.S. Army to Fight Hitler by Bruce Henderson. 9780062419095. 2017. Gr 10-Adult.
Almost 2000 young Jews, called the Ritchie boys, were trained in interrogation techniques and sent to every European combat unit. Because of their flawless German, they questioned German POWs, gathering information crucial to the war effort. Most did not know whether their families were still alive, but all knew what would happen to them if they were captured. 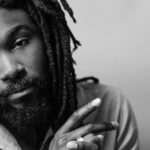