Check out these exciting easy and fiction titles that are published in June.

Blue Sky White Stars by Sarvinder Naberhaus (ill. by Kadir Nelson). 9780803737006. 2017. Gr PK-3.
Naberhaus, who immigrated to the U.S. from India, and Nelson, and African-American, use descriptions, wordplay, and beautiful illustrations to depict the freedoms that our flag represents to Americans throughout history.

I Love Sharks, Too! By Leanne Shirtliffe (ill. by Lorenzo Monatore). 9781510708846. 2017. Gr PK-1.
After reading a book about sharks, Stevie starts to act like a shark and shares all sorts of gruesome facts with his mom, unsuccessfully trying to get a rise out of her. At bedtime, however, she shares the fact that she likes sharks, too.

Midnight at the Zoo by Faye Hanson. 9780763689087. 2017. Gr PK-2.
Max and Mia are disappointed during their class trip to the zoo, because all the animals seem to be hiding. When they are accidentally left at the zoo, Max and Mia find out what the animals do after the gates are closed.

This Book Will Not Be Fun by Cirocco Dunlap. 9780399550614. 2017. PK-2.
While a natty little mouse tries to impress the reader of the seriousness of this book, the background illustrations show everything from flying whales to zero-gravity dance parties.

Holly Farb and the Princess of the Galaxy by Gareth Wronski. 9781481471770. 2017. Gr 4-6.
Believing her to be the princess of the galaxy, alien space pirates kidnapped Holly, her science teacher, and the most annoying boy in her class. Now she is on a mission to find the real princess—and do it in time to take her test on Friday.

I Love You, Michael Collins by Lauren Baratz-Logsted. 9780374303853. 2017. Gr 3-5.
For a class assignment to write a letter to one of the Apollo 11 crew before their flight to the moon, Mamie is the only one who chooses to write to Michael Collins, the astronaut that will orbit the moon while the other two land and walk on it.

Joplin, Wishing by Diane Stanley. 9780062423702. 2017. Gr 4-6.
A young girl named Joplin finds a beautifully painted broken platter in her grandfather’s home and wishes the girl from the painting could come to life. The next day, the girl appears and offers to grant wishes if Joplin will help her get back to her seventeenth-century home.

King Flashypants and the Evil Emperor (Evil Emperor, Book 1) by Andy Riley. 9781627798099. 2017. Gr 2-4.
King Edwin is a generous boy-king who loves chocolate and shares his treats with his subjects—until his riches runs out and a rival turns the kingdom against him.

Let’s Pretend We Never Met by Melissa Walker. 9780062567161. 2017. Gr 4-6.
Mattie is not happy about moving to a new state—and a new school—during winter break. But when she meets Agnes, her offbeat neighbor, she feels that things might go OK after all—until she realizes that being friends with Agnes might not help her in school.

Sputnik’s Guide to Life on Earth by Frank Cottrell Boyce. 9780062643629. 2017. Gr 4-6.
When a space alien named Sputnik shows up on Prez’s doorstep, he has a message: Earth is doomed unless Prez can come up with a list of 10 reasons why it should be spared. Sputnik has come to the right place; Prez has been making lists for years to help remind his grandfather of important facts.

Superstar by Mandy Davis. 9780062377777. 2017. Gr 4-6.
Ten-year-old Lester, whose astronaut father died five years before, loves to watch the stars. He has been homeschooled all his life, but this year he will be going to school for fifth grade.

The Tiny Hero of Ferny Creek Library by Linda Bailey. 9780062440938. 2017. Gr 3-5.
Eddie, a beetle, and his family live in a crack in the wall of a fourth-grade classroom. He goes searching for his aunt after she didn’t return from a trip to the library (she’s a book-lover). On his adventure he finds out about plans to close the library and turn it into a testing center and tries to save it.

The Unlucky Lottery Winners of Classroom 13 (Classroom 13, Book 1) by Honest Lee & Matthew J. Gilbert. 9780316464659. 2017. Gr 2-4.
When teacher Linda LaCrosse, unluckiest person alive, wins the $28 billion in the lottery, she decides to share it with her students. Seems like a great deal, except her unluckiness spreads to her class in this humorous tales.

A Babysitter’s Guide to Monster Hunting (Babysitter’s Guide to Monsters, Book 1) by Joe Ballerini. 9780062437839. 2017. Gr 5-7.
Hoping to earn money for camp, Kelly decides to take up baby-sitting. She doesn’t realize what she has gotten herself into until her first young charge is kidnapped by monsters…and she is dragged along on a rescue mission with a team of monster-fighting baby-sitters!

Broken Pride (Bravelands, Book 1) by Erin Hunter. 9780062642028. 2017. Gr 5-8.
When the African plains’ cardinal rule of “Only kill to survive” is broken, it Is up to three misfits—a lion without a pride, an elephant, and a rebel baboon—to restore the balance between predators and prey.

A Dog Like Daisy by Kristin O’Donnell Tubb. 9780062463241. 2017. Gr 4-7.
Daisy the dog relates the rigorous training that prospective service animals go through before they can be fulfill their purpose.

Emily and the Spellstone by Michael Rubens. 9780544790865. 2017. Gr 5-7.
Emily’s worst birthday present ever—a rectangular stone—turns out to have special powers and takes her on an adventure through different worlds to fight evil.

Exit Strategy by Lauren Allbright. 9781481479127. 2017. Gr 5-7.
Ross and his mother move frequently, and he is an expert at being the new kid at school. But when his mom decides to stay in one place to care for Ross’s sick grandfather, Ross has to actually stop and learn how to make friends at school, coming up with a scientific method for being the funny kid in class, with mixed results.

Into the Hurricane by Neil Connelly. 9780545853811. 2017. Gr 7-10.
As Hurricane Celeste nears the coast of Louisiana, two teenagers meet at the top of an island lighthouse. One wants to throw the ashes of her deceased father, the other to commit suicide from the same spot that his sister did. Their plans interrupted by each other, they must work together to survive the hurricane.

Mango Delight by Fracaswell Hyman. 9781454923329. 2017. Gr 4-7.
When Mango beats her BFF and track teammate Brooklyn in a race, their relationship gets tense.  And when Brooklyn gets a cellphone before her and is welcomed into the Cell-Belles clique, their friendship falls apart. Mango is left unmoored, until she discovers qualities about herself that were hidden with her former friend.

The Someday Suitcase by Corey Ann Haydu. 9780062352750. 2017. Gr 5-8.
When her best friend Danny is diagnosed with a mysterious illness that keeps him home from school, Clover feels lost until she decides to study his disease for her science fair project.

Stealing Our Way Home by Cecilia Galante. 9781338042962. 2017. Gr 5-8.
After Jack and Pippa’s mother dies from cancer, their father focuses all his attention on his job, leaving Jack to care for Pippa. To make matters worse, he pays little attention their finances; his poor choices lead them further into debt until he turns to crime.

This Is Just a Test by Madelyn Rosenberg & Wendy Wan-long Shang. 9781338037722. 2017. Gr 4-8.
David has plenty to worry about. First, his blended heritage (one grandmother is Jewish; the other is Chinese) makes planning his bar mitzvah difficult. And then there’s school; David has a new popular friend, but that means he has to ditch his geeky and longtime best friend. Finally, the Cold War warns of the possibility of nuclear war breaking out. What is a twelve-year-old boy to do?

Be True to Me by Adele Griffin. 9781616206758. 2017. Gr 9-12.
Jean, a rich girl, and Fritz, an outsider, compete for the affection of handsome newcomer Gil during the summer of 1976 at an exclusive Fire Island enclave, and discover their competition has higher stakes than either can imagine.

Breaking by Danielle Rollins. 9781619637405. 2017. Gr 8-12.
When Charlotte’s best friends Ariel and Devon appear to commit suicide within one month of each other, she’s certain their deaths are not so simple. And when she finds clues left behind by her friends, she uncovers a deadly secret about the prep school the girls attended together.

The Evaporation of Sofi Snow by Mary Weber. 9780718080907. 2017. Gr 9-12.
The arrival of aliens ended Earth’s fourth world war, and now society is run by corporations and focuses on gaming. When Sofi’s brother is injured in a terrorist attack on the fantasy fighting arena where he was playing, Sofi and Miguel, a spoiled young ambassador, are captured and must use their own unique skills to escape.

Hell & High Water by Tanya Landman. 9780763688752. 2017. Gr 8-12.
Caleb and his Pa have little to their name but a family signet ring. When his father is unjustly accused of a thievery, he is sent to a prison colony in America. One day Caleb finds a body with a ruined face washed up on shore—a body with his Pa’s signet ring on one finger. Mystery piles on mystery as the church and state denies what Caleb suspects. Will he ever learn the truth?

Here Lies Daniel Tate by Cristin Terrill. 9781481480765. 2017. Gr 9-12.
A young runaway is welcomed into the arms of an affluent family after he takes on the identity of the family’s missing son, Daniel. Then he slowly begins to realize that the family knows more about Daniel’s disappearance than they are letting on.

The Leaf Reader by Emily Arsenault. 9781616957827. 2017. Gr 9-12.
Marnie uses her “silly” hobby of reading tea leaves to answer harmless questions posed by her friends. But when Matt wants to know about his best friend, Andrea, who has been missing for months, Marnie finds her readings have become strangely precise—and sinister.

Midnight at the Electric by Jodi Lynn Anderson. 9780062393548. 2017. Gr 9-12.
In 2065, as Adri prepares for her one-way trip to Mars, she stays in Kansas with Catherine, an elderly relative. There she discovers journals, diaries, and letters written by and to women in her family’s past and encounters a mystery involving Catherine, an ancient Galapagos tortoise, and a woman from London.

An Uninterrupted View of the Sky by Melanie Crowder. 9780399169007. 2017. Gr 7-12.
In Bolivia in 1999, when their father is unjustly arrested and their mother abandons them, Francisco, seventeen, and his sister Pilar, eight, must move to the dirty, dehumanizing, and corrupt prison.

Wildman by J.C. Geiger. 9781484749579. 2017. Gr 9-12.
Lance has everything going for him—grades, future, girlfriend—and credits his success to always following the rules. But when his car breaks down out in the boonies, for a few days he makes a complete turn-around, and he must decide which person he wants to be.

The Marsh King’s Daughter by Karen Dionne. 9780735213005. 2017. Gr 11-Adult.
When Helena hears that Jacob Holbrook has escaped from prison, she doesn’t panic—she gets ready. Her mother was kidnapped at age 14 by Jacob, who kept her and their daughter, Helena, isolated in a remote cabin on Michigan’s Upper Peninsula. Helena knows that Jacob will be coming after her, and she might be the only person who can stop him.

The Rise and Fall of D.O.D.O. BY Neal Stephenson & Nicole Galland. 9780062409164. 2017. Gr 11-Adult.
When Mel, a linguistics expert, is asked by military intelligence operator Tristan to translate some very old documents (for a LOT of money), she agrees and signs a non-disclosure agreement. But the information in the documents, if accurate, will change what is known about history and science—and magic.

The Strange Case of the Alchemist’s Daughter by Theodora Goss. 9781481466509. 2017. Gr 10-Adult.
The daughters of some of literature’s most famous evil characters join forces—by accident—to find the murderer of prostitutes and to solve the mysteries of their own pasts. 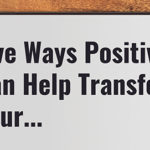