These exciting nonfiction titles have been published in March.

Bees : A Honeyed History by Piotr Socha. 9781419726156. 2017. Gr 1-4.
Bees are an important part of the ecosystems they live in.  Socha uses engaging text and illustrations to explain not only the science behind these fascinating insects, but also the cultural history.

Feathers and Hair : What Animals Wear by Jennifer Ward (ill. by Jing Jing Tsong. 9781481430814. 2017. Gr PK-1.
Bright and colorful art and rhyming text covers what types of “clothing” animals wear, including feathers, fur, skin, and hair—and learn about the only one who “wears clothes from head to toes.”

Feel the Beat : Dance Poems That Zing from Salsa to Swing by Marilyn Singer (ill. by Kristi Valiant). 9780803740211. 2017. Gr K-3.
Each poem in this collection is written to the rhythms of traditional dances from around the world. The book also includes information on the dances and a CD.

Fresh-Picked Poetry : A Day at the Farmers’ Market by Michelle Schaub (ill. by Amy Huntington). 9781580895477. 2017. Gr PK-3.
Come to the farmers’ market! Watch as farmers’ set up their booths and take your pick of all types of food that they have raised or made, from sweet corn to honey to baked goods.  Listen to the fiddle and banjo, dress up in costumes, or get your face painted! These rhymes can be used in a poetry class or a social studies class in economics.

Pedal Power : How One Community Became the Bicycle Capital of the World by Allan Drummond. 9780374305277. 2017. Gr 1-4.
The city of Amsterdam used to be one giant traffic jam until people began protesting about the crowded streets and demanding safe lanes for bikes. Now Amsterdam’s laws regulating motor vehicles and bikes have been used as an example for other cities around the world.

Round by Joyce Sidman. 9780544387614. 2017. Gr K-2.
Explore people’s favorite round objects, such as fruit, eggs, the sun, rocks, bubbles, lily pads, and the moon, and learn about the biological and evolutionary reasons for round objects in nature.

There’s a Bug on My Book! by John Himmelman. 9781584695875. 2017. Gr PK-3.
All sorts of bugs and critters join readers on the pages of this book, including a beetle, snake, and grasshopper, which readers can interact with by doing such things as blowing on the page, shaking the book, and turning the page.

Atlas of Miniature Adventures : A Pocket-Sized Collection of Small-Scale Wonders by Emily Hawkins. 9781847809100. 2017. Gr 1-4.
Not every adventure needs to be an extensive undertaking. This atlas takes the reader to all seven continents on tiny adventures, such as exploring a snow globe museum. Other “world’s smallest” attractions include a miniature railways and post offices, and tiny frogs and seahorses.

Insects : The Most Fun Bug Book Ever by Sneed B. Collard, III. 9781580896429. 2017. Gr 4-7.
Why are there so many insect species on Earth? Collard explains why they have been successful, relating facts and anecdotes about their anatomy, life cycles, and the ways they communicate, reproduce, and defend themselves.  He focuses on beetles and social insects, including the impact that people have had on them.

Karl, Get Out of the Garden! : Carolus Linnaeus and the Naming of Everything by Anita Sanchez (ill. by Catherine Stock). 9781580896061. 2017. Gr 2-5.
As a child, Karl Linne loved poring over the bugs and plants in the family garden. When he went to medical school, he found that scientific names of plants and animals were a mess—no one agreed on what to call them. He classified more than 12,000 species in his lifetime, and his system of classification is used by scientists worldwide.

Keep a Pocket in Your Poem : Classic Poems and Playful Parodies by J. Patrick Lewis (ill. by Johanna Wright). 9781590789216. 2017. Gr 2-4.
Lewis’s inventive parodies of classic poems, ranging from silly to thoughtful, should entertain students and could provide examples for a creative writing assignment.

Martina & Chrissie : The Greatest Rivalry in the History of Sports by Phil Bildner (ill. by Brett Helquist). 9780763673086. 2017. Gr 2-5.
Star tennis players Martina Navratilova and Chris Evert had an intense rivalry, sometimes even called the greatest rivalry in sports history, but they also shared an enduring friendship.

One Trick Pony by Nathan Hale. 9781419721281. 2017. Gr 3-6.
Strata and her brother live with their family in a roving caravan of digital rescuers, searching for robots and technology and trying to stay clear of giant alien blobs that devour electrical devices wherever they find them. When Strata finds a special robot pony, she and her brother get separated from the caravan and have to escape both the aliens and human outlaws in this graphic novel.

Out of Wonder : Poems Celebrating Poets by Kwame Alexander (ill. by Ekua Holmes). 9780763680947. 2017. Gr 4-6.
This poetry collection celebrates twenty famous poets from around the globe, through original poems written in the styles of the poets and accompanied by mixed-media artwork.

What sorts of things can you find underground? Yolen celebrates ants, basements, subways, and more in these 21 poems that explore everything natural and man-made below the surface of the ground.

Top Dogs : Canines That Changed History by Elizabeth MacLeod. 9781554519071. 2017. Gr 4-6.
A Newfoundland that was part of Lewis and Clark’s expedition, seeing eye guide dogs, a mutt who helped rescue soldiers in World War I are just some of the dogs that have been an important part of history.

Alexander Hamilton : The Making of America by Teri Kanefield. 9781419725784. 2017. Gr 6-8.
Examine the life, career, and legacy of Alexander Hamilton. As a result of his impoverished childhood in the West Indies, he dreamed of a strong America that would be a beacon of hope for the poor and for those immigrating to the country in hopes of a better life.

Alexandra the Great : The Story of the Record-Breaking Filly Who Ruled the Racetrack by Deb Aronson. 9781613736456. 2017. Gr 5-8.
Alexandra was a filly that overcame tremendous odds, including rejection by her mother and an injury that threatened her future, to become a champion racehorse.

The Book of Chocolate : The Amazing Story of the World’s Favorite Candy by H.P. Newquist. 9780670015740. 2017. Gr 4-7.
Follow the history and popularity of chocolate from its origins to today, and learn about the manufacture of chocolate from the cocoa bean, major candy brands and their origins, and today’s chocolate culture. Pictures look good enough to eat!

Exoplanets : Worlds Beyond Our Solar System by Karen Latchana Kenney. 9781512400861. 2017. Gr 7-10.
Examines the existence and study of exoplanets within other solar systems and the potential of life on these planets.

Fish Girl by Donna Jo Napoli & David Wiesner. 9780544815124. 2017. Gr 5-8.
A young mermaid is on display in a boardwalk aquarium. She longs for life with two legs like the girl named Livia she’s made friends with. With a little help from an octopus and some magic, she’ll find a way to have the life she dreams of in this graphic novel.

Jack London and the Klondike Gold Rush by Peter Lourie. 9780805097573. 2017. Gr 5-8.
Jack London’s tales are adventurous and exciting, but not everyone realizes that he was drawing on his own experiences. This biography follows him to Alaska in 1897 as he joined the throng of people hoping to strike it rich in the gold fields.

A Soldier’s Sketchbook : The Illustrated First World Diary of R.H. Rabjohn by John Wilson. 9781770498549. 2017. Gr 6-9.
This sketchbook is presented as the diary of Private Russell Rabjohn, a World War I soldier. Because he was also a trained artist, he was able to bring his sketchbook in order to draw details of dugouts, trenches, and graves, He used this freedom to draw everything else, leaving a detailed account of the life as a soldier during war.

What a Waste : Where Does Garbage Go? by Claire Eamer. 9781554519194. 2017. Gr 4-7.
What happens to garbage after its thrown away? Read about the history of garbage disposal throughout history, as well as picking up ideas for reducing the enormous amount of waste produced by society and individuals.

The Whydah : A Pirate Ship Feared, Wrecked & Found by Martin W. Sandler. 9780763680336. 2017. Gr 5-8.
Sandler provides a realistic look at life on the sea during the age of piracy (1650s-1730s) in the New World. He takes a close look at the Whydah, a successful pirate ship until it was sunk in a storm off Cape Cod, laden with treasure. Several expeditions had tried to find the wreck, but like other pirate ships, nothing had been found until marine archaeologists discovered it in 1984.

Anatomy of Innocence : Testimonies of the Wrongfully Convicted by Laura Caldwell. 9781631490880. 2017. Gr 10-Adult.
Caldwell and Klinger follow the arrests, confessions, trials, and convictions of fifteen innocent people who were nonetheless convicted and sent to prison before they were exonerated.  Each story contains an explanation of what went wrong as well as data about crime and prison issues in order to make readers aware of these problems.

The Best We Could Do : An Illustrated Memoir by Thi Bui. 9781419718779. 2017. Gr 10-Adult.
This graphic memoir follows a family’s life in and journey from war-torn Vietnam. The story is told by the daughter, a very young child when they escaped, who is trying to understand how her parents’ attitudes are influenced by their struggles.

The Book That Made Me : A Collection of 32 Personal Stories edited by Judith Ridge. 9780763695491. 2017. Gr 9-12.
More than 30 writers share the book that made them become readers and eventually writers, and how it influenced them to become the person they are today.

Come On In, America : The United States in World War I by Linda Barrett Osborne. 9781419723780. 2017. Gr 9-12.
The First World War actually began in 1914, but the United States didn’t join until three years later, and even then many Americans were against our participation. Learn about the motives—both overt and hidden—behind the U.S. decision.

Eyes & Spies : How You’re Tracked and Why You Should Know (Visual Exploration) by Tanya Lloyd Kyi. 9781554519118. 2017. Gr 7-12.
Learn how governments, companies, and other organizations collect and use data about kids as well as adults. People are under surveillance more than they know, and this book gives and entertaining and informative look at how we can protect our privacy.

Eyes of the World : Robert Capa, Gerda Taro, & the Invention of Modern Photo Journalism by Marc Aronson & Marina Budhos. 9780805098358. 2017. Gr 7-12.
Photographers Capa and Taro were Jewish refugees, and were determined to document the fight against fascism during the Spanish Civil War. Their powerful photos and their willingness to dive into dangerous situations made them famous and had a strong influence on journalism’s objective to “bear witness.”

Girl Code : Gaming, Going Viral, and Getting It Done by Andrea Gonzales & Sophie Houser. 9780062472502. 2017. Gr 9-12.
Andrea Gonzales and Sophie Houser used their knowledge of computer programming to create a video game called “Tampon Run” to fight back against girls being shamed for having periods. After their game went viral, Andrea and Sophie were invited to high-profile tech companies, where they learned from innovative female tech founders about the inner workings of the tech industry.

Inferno : A Doctor’s Ebola Story by Steven Hatch. 9781250085139. 2017. Gr 10-Adult.
Dr. Steven Hatch had newly come to Monrovia to work in a hospital when the Ebola outbreak began. In his memoir, he gives a first-hand account of being on the front lines of the battle against the disease, especially the courage and compassion shown by health workers. He also discusses how it is transmitted and why it spreads so quickly and debates the benefits (or not) of the media coverage. 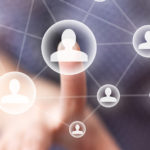