We may be trying some new things on Books in Bloom this year as you saw in Zack’s post last week, but one thing is certainly staying the same: regular author/illustrator guest posts. We love getting an inside perspective on the books from the book creators themselves, and we hope you do too.

Today’s guest post from Drew Weing, whose graphic novel The Creepy Case Files of Margo Maloo was a crowd favorite from our Booktalk Live presentation last fall, shares his experience reading and creating fantastic stories for children. It’s an important job, and we are glad he is doing it! ? 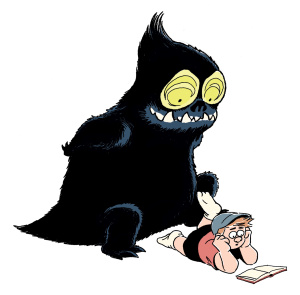 I’ve always had a weak spot for escapist fiction. I was a head-in-the-clouds kid, with a fantasy novel always stashed away in my backpack. I could measure my childhood in paperback inches, reading Tolkien by intermittent headlight illumination, in the back of my parents’ car on a night drive. Instead of soccer, homework, or friends; it was Pern, Narnia, and Earthsea. I do have mixed feelings about that now, but it’s true – a lot of these worlds seemed more real than the actual stuff around me.

Take the ever-inescapable Star Wars, and its lived-in universe: what a brilliant idea to make the first movie “Episode 4,” provoking endless amounts of speculation and debate (on the playground one day, circa 1985, a friend told me he had seen the missing episodes 1 through 3; that they had aired exclusively on Canadian television).

When I was a little older I got into comic books. In that pre-internet area, there were no guarantees of reading that entire run of X-Men or Batman. You knew there were deep, piled layers of pre-existing story, and you could never afford all those old, highly-collectible issues, priced out of reach by greedy adults. Of course, kids have always been adept at filling in the gaps – building a coherent world out of bits and pieces is the primary purpose of childhood. 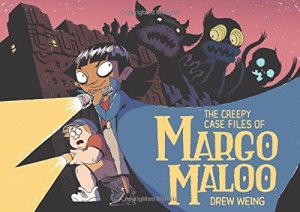 Now, inexplicably,  I’m a grown-up, and I make comics. When I was making my book, The Creepy Case Files of Margo Maloo, I wanted to pour that love of lore and world-building into it – to make a world so rich and believable that you could step right into the monster-inhabited abandoned buildings and graffiti-lined alleys of Echo City.

I watch out for the traps that lurk for unwary creators of fantasy or science fiction who fall too much in love with their own universes. For every detail or bit of exposition that makes it to the page, there are a dozen more in my ever-growing Evernote folders – cross-referenced timelines, maps, biographies that are for my reference alone. My kid readers maybe don’t need to know what the political situation between the troll and ogre clans is,  but I do. I think it deepens a picture to know that there’s more bleeding off the edges that can be seen.

As an author, on the other side of the printed page, an imaginary world is a lot more fragile. When times are easy and the creative juice is really flowing, the people and places you’re writing about seem very close, just on the other side of a thin divide. Your characters might be real people, who just happen to have stepped out of the room for the moment. But when times are bad, when the whole world seems like it’s on fire and you can see the sparks just outside your studio window – well-developed characters & your deep lore suddenly looks pretty flimsy. How can you care about these imaginary people, when real people in the real world, are in pain and danger? Retreating to this imaginary space seems like incredible selfishness.

Just like fairies, stories don’t come when you don’t believe in them. Sometimes what gets me through is the thought that the world we live in is also an act of imaginative creation. The world is a collaborative story that we’re all telling together, willed into being from 7 billion individual narratives – and every thread of every narrative is woven from the stories that came before. Even our politics start as fairytales, complete with morals at the end. Unlike fiction, the world is never a finished creation. Humanity has to learn those same old corny lessons over and over again, the lessons we got from those childhood favorites: the power of friendship, and kindness, and sharing. That friends come in all shapes and sizes and colors.

Telling stories to kids – what an important job! I give kids the best bits and pieces I’ve got, and let them make of it as they will. Hopefully, the story they write will be a better one.

About the Author: Drew Weing lives in Athens, GA with his wife, cartoonist Eleanor Davis, and too many cats. He makes comics for print and online, among which are the nautical graphic novel Set to Sea, the infinite canvas webcomic Pup, and the early reader comic Flop to the Top, which he co-authored with his wife.

About The Creepy Case Files of Margo Maloo: Charles just moved to Echo City, and some of his new neighbors give him the creeps. They sneak into his room, steal his toys, and occasionally, they try to eat him. The place is teeming with monsters! Lucky for Charles, Echo City has Margo Maloo, the monster mediator. No matter who’s causing trouble, Margo knows exactly what to do—the neighborhood kids say monsters are afraid of her. It’s a good thing because Echo City’s trolls, ogres, and ghosts all have one thing in common: they don’t like Charles very much. 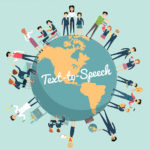 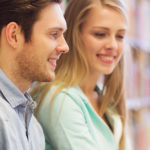