Last year, R.J. Palacio burst into the consciousness of readers with the release of her first novel, Wonder (2012, Alfred A. Knopf Books for Young Readers). In just a few short months, the book became a wonder itself winning accolades, awards, and devoted fans. So who is R.J. Palacio?

Palacio has long been a well known player in the book industry, most recently serving as director of children’s publishing and now editor-at-large for Workman. However, in the book world, she is better known as Raquel Jaramillo, the powerhouse dynamo who began as a graphic designer and worked her way up.

“I’ve wanted to be a writer my whole life,” says Palacio. “However, there comes that crucial moment in college when a person wonders what to do to make a living. For me, it was always a question, ‘should I be an artist or should I be a writer?’ I ended up choosing graphic designer/illustrator because I thought I would have an easier time of it in terms of my willingness to work for other people and to do what they asked. I’ve been writing my whole life; it just took me a while to become a published author because I just never found the time to fully develop a book.” The inspiration for Wonder came just a few years ago, and that was the impetus she needed to spur her into becoming a published novelist. While taking her sons for ice cream, Palacio experienced a turning point when she and her children came face to face with a little girl who had a severe craniofacial difference. Her youngest became scared and started to cry, so she quickly made efforts to leave. But in her haste, a bigger scene was created.

“You are afraid of making a bad scenario worse, but I realized afterwards that I should have stopped and talked to the little girl and used it as a teaching moment for my sons. But being there at that moment, I didn’t know how to handle it. So I left quickly and probably made it worse.” In thinking over the situation and what she could have done differently, she was inspired to write; and Wonder was born that very evening.

“There is a difference between just being nice and choosing kind. Being nice is wonderful. It is a great starting point. But when you choose to be kind, that is an active experience—it is something you have to actually go out of your way to do sometimes. It is not enough to not be mean, you have to get out of your comfort zone and be a friend to somebody.”

Once her manuscript was complete, Palacio was ready to begin the submission process. However, she knows a lot of people in the industry and was concerned her manuscript would be judged by her name and achievements rather than by its own merit. “I decided to take a pen name because my whole life was in book publishing. I took on a pseudonym so I could submit to publishers and editors that I knew but not put them in the awkward position of turning down my manuscript and then having to see me the next day.” She chose R.J. Palacio to honor her mother whose maiden name was Palacio. “She was always the person who believed I would be a writer someday.” Since Wonder made its debut, students, educators, and parents across the country have embraced its messages of kindness, courage, and thoughtfulness. Though some have deemed it an anti-bullying book, Palacio sees it differently. “When I was writing the book, it wasn’t so much an anti-bullying message, but more of a reminder to be nice. As parents, we spend so much time teaching young children to say ‘please’ and ‘thank you’ and how to be polite. But when the kids get to middle school, some parents tend to ease up on that. I think respect and kindness are things that should be prioritized as much as academics and good sportsmanship.”

“I am so in awe of the job teachers and librarians do. I just want to encourage them to keep doing what they are doing, and I also encourage parents to support the educators.”

Especially during the sometimes-turbulent early teen years, Palacio believes parents need to step up and to raise their expectations of kids. “If we as parents are saying ‘oh, it is just a phase’ or ‘all kids are mean to each other,’ our children will act the way we expect them to act. We have to keep talking to our kids—even when we think they aren’t listening—and remind them of the importance of social niceties. We need to remember to make treating each other with kindness a priority.” 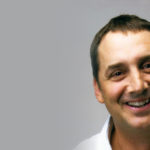 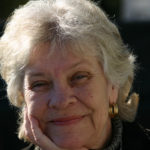