“My writing career basically started in fifth grade,” says Tom Angleberger, the genius behind the bestselling Origami Yoda series published by Amulet Books. “I won second place in an essay contest about why I like the American flag, and my prize was $10. That was awesome!”

Angleberger built on his success by going on to write a comic strip about cowboys riding on snails, a novel, comic books, and even more comic strips. “There was always art in what I was trying to do. So when I went to college, I became an art major. It was a terrible mistake because I hit the ceiling on art ability very quickly. I cannot draw.”

Armed with an art degree and self-described mediocre drawing skills, Angleberger hit the job-seeking circuit following college graduation. “It was hard to find a job because I was so terrible.” Eventually, he decided to apply to a newspaper graphics department. “I took in my resume, and the person who took it must have misunderstood why I was there. She took it to the news editor who came out and said ‘yes, we’ll hire you.’”

Over the course of 15 years, Angleberger covered breaking news coming out of the town council meetings, zoning meetings, and school board meetings. “I loved being a reporter, and I was certain that I had found my perfect home. And it was…for a while.” Eventually Angleberger began longing for more. And one fateful day, he found his true calling while touring the local sewer facility.

“I think you should let kids read what they want to read. One problem is that you fall in love with a book and then push it on the kid to read. Well, then the kid bogs down in it and thinks ‘Here is a great book and I don’t understand it and I can’t get through it. Guess I’m not a very good reader. I’ll just go watch television.’ Let kids read what they want to read, and they will think ‘I love this book!’ which leads to ‘I love to read!’”

“My editor sent me to the sewage treatment plant for a story, and it had a profound effect on me. They gave me a two-hour tour of the place and told me about how they were shutting down the part of the plant that shoots sewage up in the air. I came back and immediately wrote a lead for my article. It was something along the lines of how they were shutting down the sewage fountain and ‘its chocolate waters would dance no more.’ My editor immediately rejected it, so I wrote a very boring story.”

With that lead, though, Angleberger had unknowingly started down a new path. One day shortly thereafter, he put the lead together with a different story idea he had. Suddenly, The Qwikpick Adventure Society (2007, Dial Books) was born and Angleberger began writing under a pseudonym: Sam Riddleburger.

“I was a reporter at the time and I wanted to maintain privacy, and no one can spell Angleberger. So I spent eight months trying to come up with a pen name. Then I wrote two books as Sam Riddleburger and found people couldn’t spell Riddleburger either. Plus, it made my grandma mad because she wanted the family name on the books.”

Eventually, Angleberger began writing under his own name, but his first few years as a serious author were filled with rejection and heartbreak…until Origami Yoda. “I knew from the beginning that Origami Yoda would draw people in. Plus, there are instructions for paper folding in the books, and that keeps people excited.”

Today, the Origami Yoda idea has become an empire, and Angleberger has become a bestselling author with more than 4.5 million books sold worldwide. Further, he has an ardent following of fans and SuperFolders with whom he interacts on his website: OrigamiYoda.com. “The Force has been with me; it is very true! You wouldn’t believe how many times luck, or the Force, has come my way.” What is that Force? “Well, I’m on the Asperger’s/autism spectrum, and I couldn’t write these books without it. I call it my superpower, and that is the force behind these books. I couldn’t do anything like this without those parts of my nature.”

That force continues to propel Angleberger forward in his writing career. He recently finished writing another Origami Yoda book, and he and his wife, author/illustrator Cece Bell, are soon to begin a three-book easy-reader detective series. Angleberger also has a book in the works with illustrator John Hendrix and enough other ideas to keep him busy… “hopefully for another 50 years!” 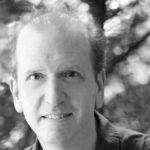 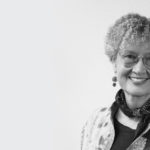